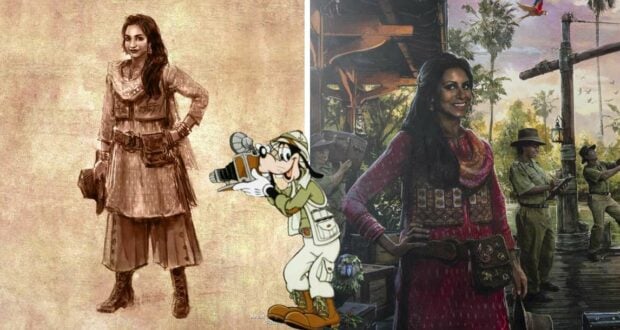 Have you heard of Alberta Falls, the intrepid adventurer who runs the Jungle Cruise at Disney Parks?

When Disney announced the refurbishment of the popular Adventureland boat attraction in 2021, it included a refurbishment of many of the ride’s scenes to add in new original characters, each with their own backstory. Most importantly, Walt Disney Imagineering created the character of Alberta Falls, the current proprietor of the Jungle Navigation Company Ltd, AKA the fictional expedition company running Guests’ jungle cruises. 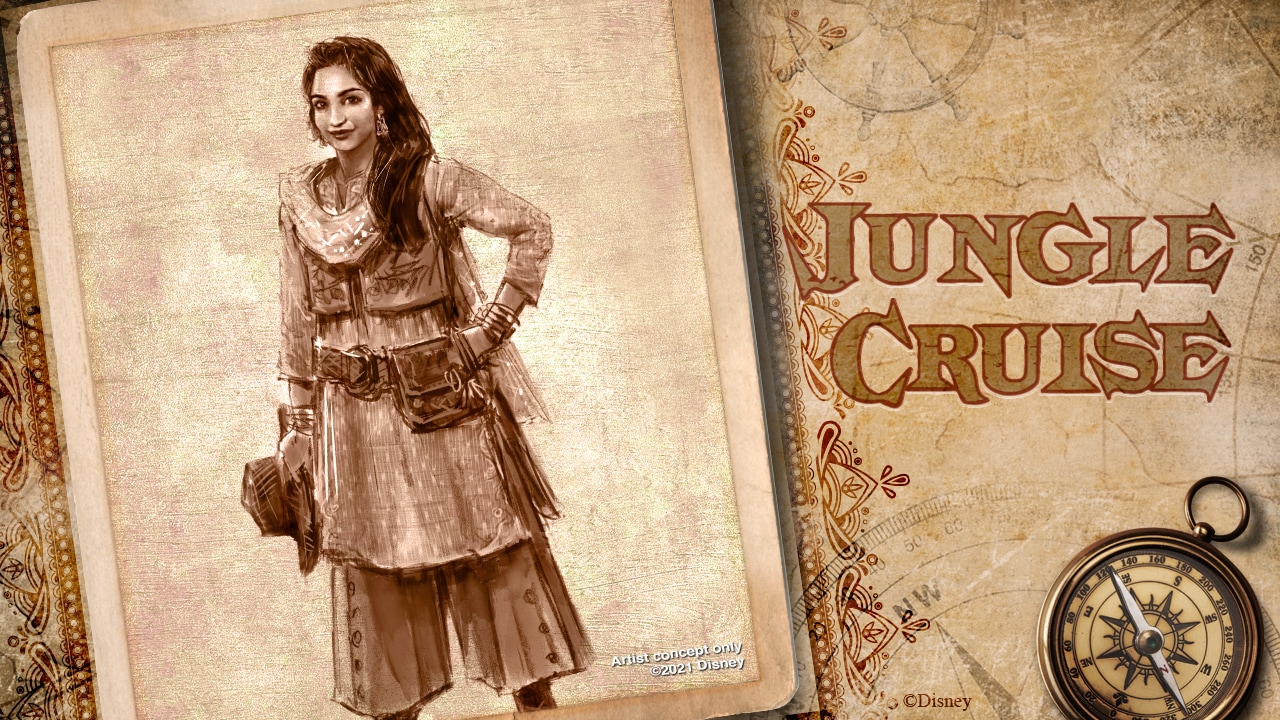 Prior to this, most of the characters named in the attraction were either gags or stereotypical tropes (or both). In contrast, after the refurbishment, a whole new cast of original characters tied into existing Disney Park lore replaced nameless figures, including Alberta Falls.

Who is Alberta Falls?

According to an interview with Alberta “discovered” by Walt Disney Imagineering, Alberta is the granddaughter of Dr. Albert Falls, a famous explorer who founded the Jungle Navigation Company. (Albert himself appears in the Skippers’ script in a joke about the namesake of Schweitzer Falls, with Alberta’s own name likely being a reference to Colorado’s Alberta falls.) 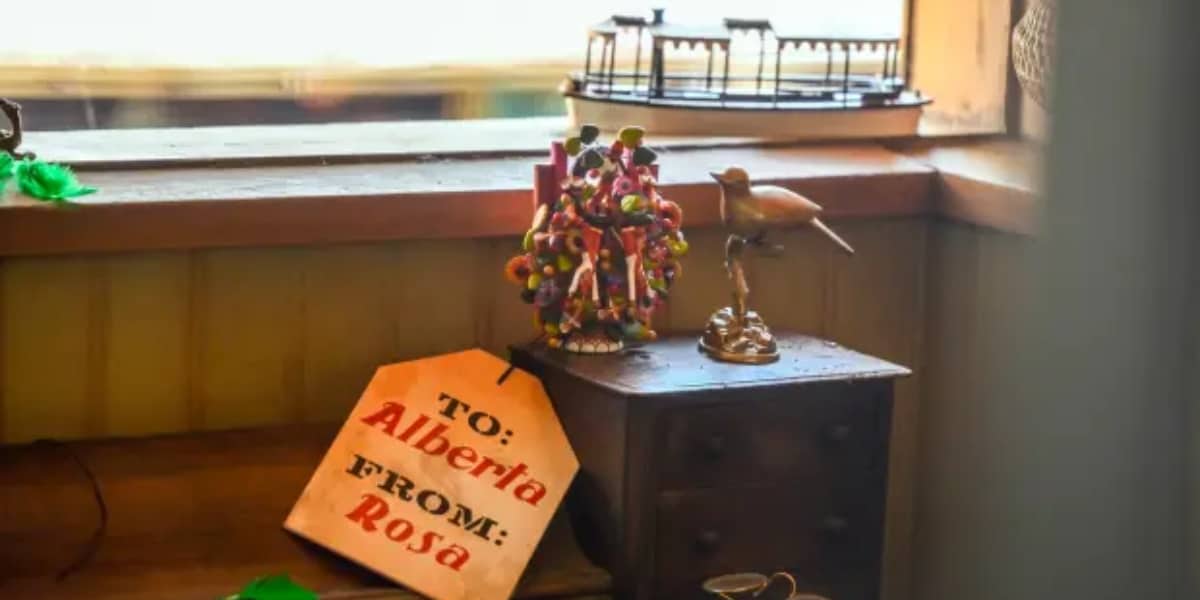 Born in 1911, Alberta is the daughter of Albert Falls Jr. and his wife, Sneh, who is from India. However, at the age of eight, Alberta chose to remain in Adventureland with her paternal grandparents, being raised by them and eventually inheriting their company. In fact, Alberta herself became the Navigation Company’s self-proclaimed “owner, manager, bookkeeper, and head mechanic,” shifting from the previous focus on shipping supplies to giving tourists jungle cruises in October of 1931 after her grandfather disappeared.

Moreover, Alberta spearheaded the opening of the Skipper Canteen out of the Falls’ family home in 1938, which offers exotic fare to jungle travelers headed to and from their Adventureland river voyages. In addition, she’s known to favor the Molopo Marie vessel, often seen sailing it with her companion Kamaka, who is a New Zealand kakapo.

How does she relate to the Society of Explorers and Adventurers?

An article released by Attractions Magazine on the ride’s reopening included additional information on each new character, including S.E.A. member, Dr. Chunosuke, from the rhinoceros scene. Allegedly, after noticing the club’s logo on Chunosuke’s backpack, Alberta invited him on this unlucky jungle cruise, which would end with him being attacked by the wild animal and driven up a totem pole.

Of course, it’s likely Alberta was familiar with the logo due to her grandfather also being a member of the famed Society, as evidenced by a crate in the Navigation Company office sent by Merriam Pleasure. Merriam is the daughter of Merriweather Adam Pleasure, head of the Adventurers Club from the defunct Pleasure Island which would later grow into the S.E.A. In fact, Alberta herself has used its motto, “Kungaloosh!,” on maps within the ride.

Additionally, Disney transformed a scene within the attraction featuring a plane crash into a reference to the Adventurers Club, along with having clothing and other references to the main characters Frank Wolff and Lily Houghton from The Jungle Cruise (2021) appearing in Alberta’s office at both Parks. Notably, the live-action film also included a nod to the S.E.A., in anticipation of the series coming to Disney+.

Where Can You Find Alberta at the Disney Parks (and Beyond)?

Though Disney does not include Alberta herself in the character animatronics added to the Jungle Cruise attraction at both the Disneyland Resort and Walt Disney World Resort’s Magic Kingdom Park, she still features heavily within the ride’s queue. Actually, the queue theme contains a portrait of her, as well as a scene of her empty office, with many details in the setting referencing Alberta’s life, influence, and adventures. 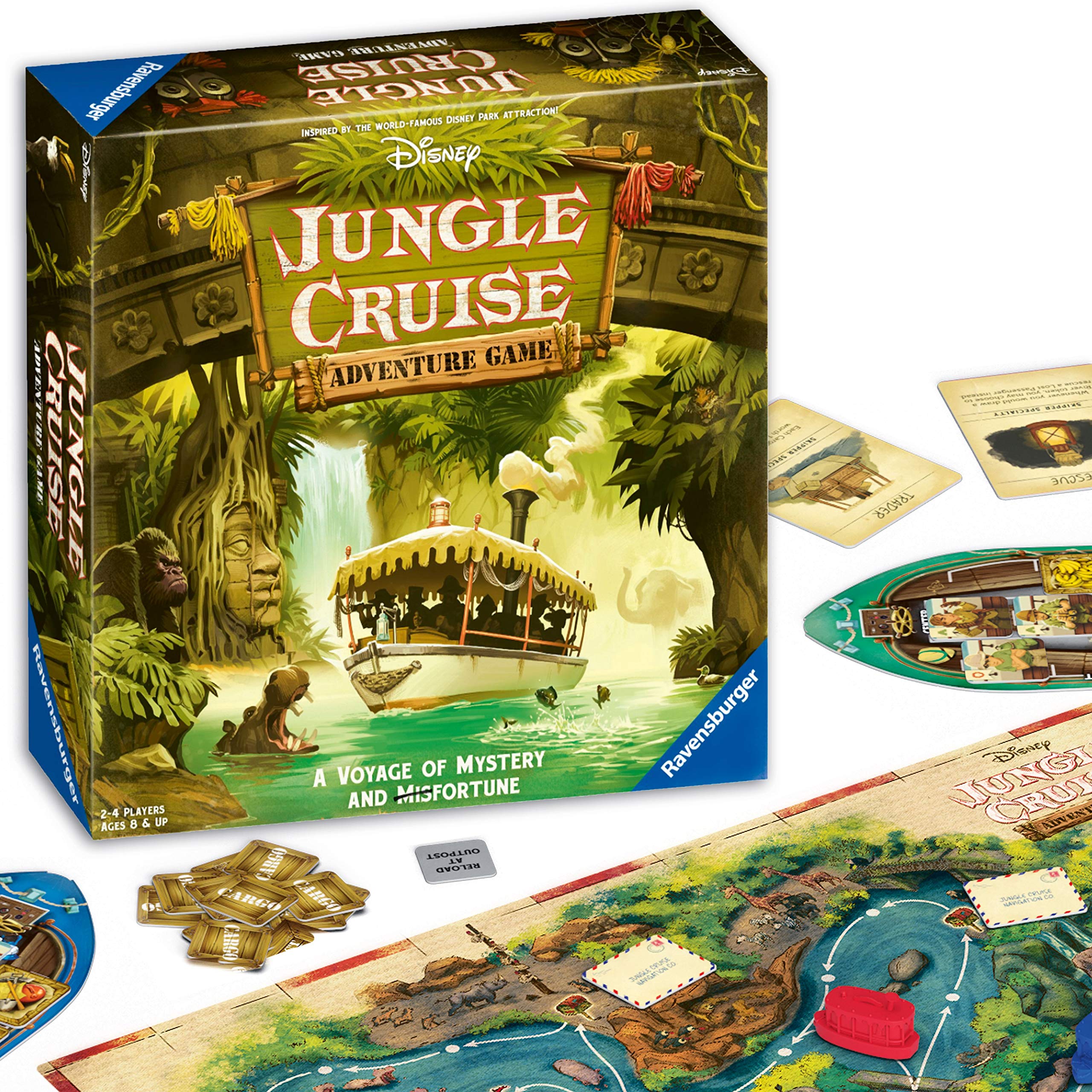 Similarly, Guests will discover many nods to the character within the Skipper Canteen decor, as Disney originally created Alberta’s character for the dining location’s opening in 2015. Furthermore, due to a positive response to Alberta, she recently took the starring role in the Jungle Cruise: Adventure Game, a board game that challenges players to take up the role of one of four families competing for a temporary management position at the Jungle Navigation Company while Ms. Falls takes a vacation.

Hopefully, with Disney+’s plans to expand on the Disney Parks lore, we’ll get to see even more of this biracial heroine explored. Would you like to see a series about the Jungle Cruise’s Alberta Falls?

2022-12-29
Spencer Beck
Previous: VIDEO: You Only Have a Few Days Left to Grab This Seasonal, Smashable Treat
Next: PHOTO: Guests Are Disgusted at the State of This Hollywood Studios Attraction