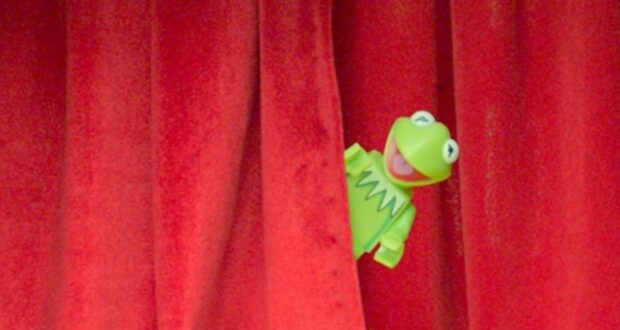 The Muppets have been entertaining fans young and old for years, whether on television, in movies, or at Walt Disney World and Disneyland theme parks.

Kermit, Miss Piggy, Fozzie Bear, Gonzo, Pepe the King Prawn, and more Muppet characters appear in the classic Disney’s Hollywood Studios attraction Muppet*Vision 3D. Fans of Jim Henson’s Muppets have enjoyed the show since its debut back in 1991, with Waldorf and Statler constantly commentating on the events gone wrong thanks to Dr. Bunsen Honeydew and Beaker.

But those wanting more Muppets in their lives are in luck! LEGO has teased a new collaboration with The Muppets gang, with Kermit the Frog giving fans a literal sneak peek. 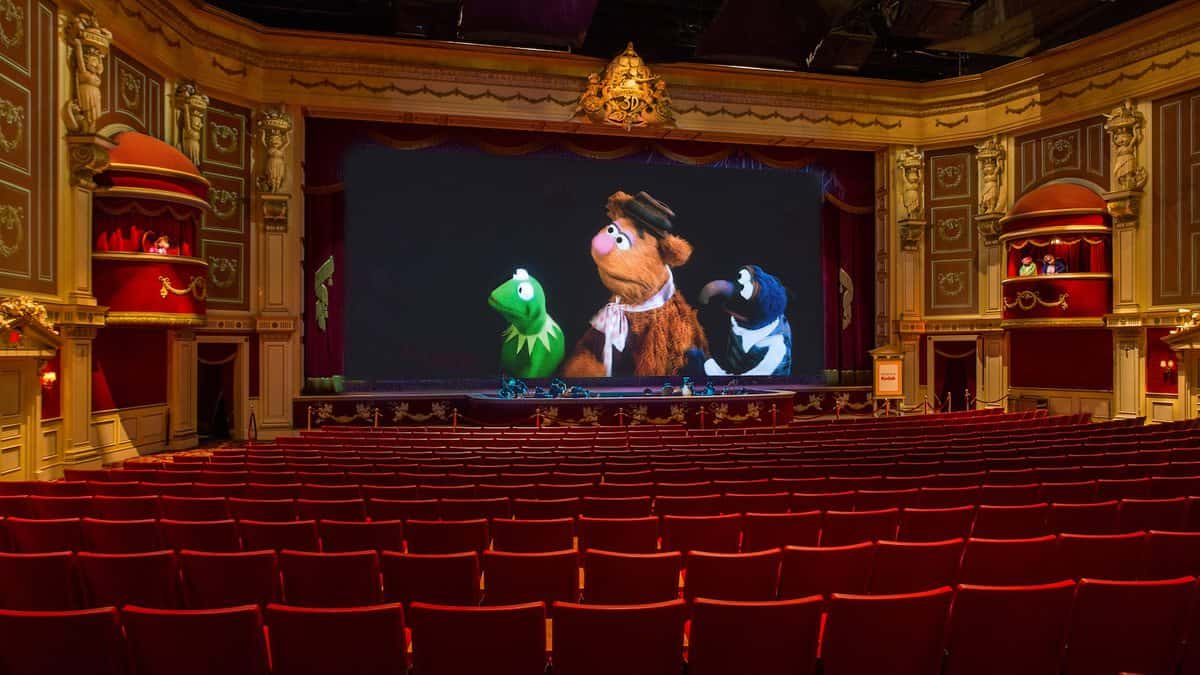 At Magic Kingdom, Guests can catch a glimpse of The Muppet gang in Liberty Square in Great Moments in History, while hungry Muppet fans can grab a bite to eat at PizzeRizzo or Regal Eagle Smokehouse in EPCOT.

And after the success of the Disney+ special Muppets Haunted Mansion, starring Darren Criss, Ed Asner, and John Stamos, fans of Jim Henson’s Muppets have been wanting more of the puppet gang, and it looks like LEGO has the answer.

The toy company has boomed over the last few years, with unique LEGO sets and fun takes on popular franchises like Star Wars, Marvel, Friends, and Harry Potter. For those on the search for new merchandise and shopping options, LEGO shared a post to its official Twitter account today, April 8, teasing a Muppets LEGO collection coming soon:

Nothing to see here folks…

Nothing to see here folks… 👀 pic.twitter.com/ZfrD856pJg

Kermit seemingly has something big to reveal behind the red curtains, and with how popular LEGO bricks have become during the pandemic, we’re sure this new Muppets set will sell out quickly!

LEGO is teasing the upcoming Muppets Collectible Minifigure series, giving us a sneak peek at a Kermit the Frog Minifigure. The LEGO Muppets Minifigures series is set to be released in May 2022, so keep an eye on the LEGO website or the LEGO store in Disney Springs at Walt Disney World for more updates, including which Muppet characters will be featured (Miss Piggy, Fozzie Bear, Gonzo, and The Swedish Chef feel like a must!).

Disney+ recently announced that The Muppets are returning to the screen in The Muppets Mayhem. Late-night host Lilly Singh will play Nora, a record label executive who wrangles the Electric Mayhem Band members as they record their first music album.

It’s certainly a week for all things Kermit – and all things green – with Disney Parks also sharing a Tweet starring the puppet frog:

When green is all there is to be, who’s better to celebrate Earth Month with at EPCOT than @KermitTheFrog himself! 🌎 #DisneyPlanetPossible

When green is all there is to be, who’s better to celebrate Earth Month with at EPCOT than @KermitTheFrog himself! 🌎 #DisneyPlanetPossible pic.twitter.com/eZyGWlaQXt

In the video, Kermit the Frog pushes a button to make EPCOT’S Spaceship Earth Beacon of Light turn green, commenting, “The Earth. Let’s keep it green. This Earth Month and every day.”

Even Disney’s Animal Kingdom theme park itself opened on Earth Day back in 1998! And this year, the Walt Disney Company will be celebrating Earth Month by bringing attention to Disney Planet Possible, which are actions to inspire a brighter and more sustainable future.