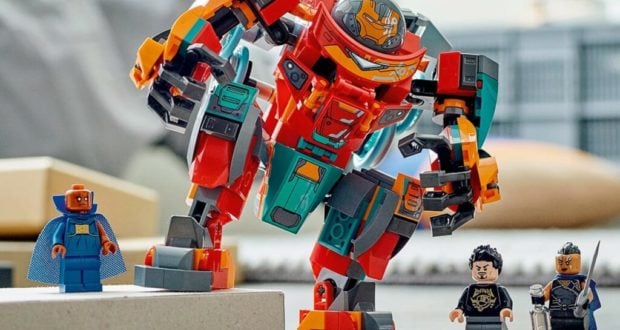 Disney+ Marvel Studios animated series What If…? will feature a variety of our favorite Marvel characters in animated form. Lego has teamed up to bring some of these to life and we have just seen the first set in the Tony Stark’s Sakaarian Iron Man (76194).

The has 369 pieces and it features an Iron Man mech suit that can change into a race car and comes with three LEGO Minifigures, Tony Stark, Valkyrie, and The Watcher.

This new set is to be released on August 1st and pricing will be around $53. The timing will put the series in stores right before the series will join Disney+.

Will this be a new set you pick up?