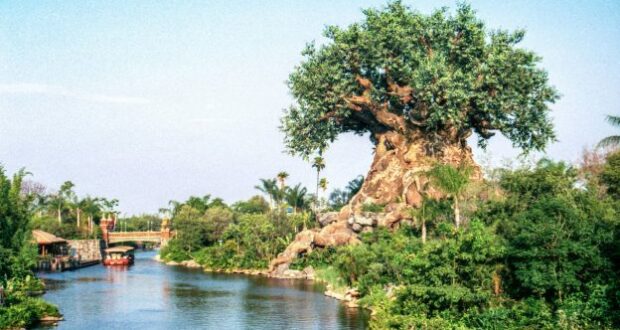 Are you a fan of Disney’s Animal Kingdom? Steven Miller shared with Disney Parks Blog some history and fun facts about this amazing Theme Park.

“Disney’s Animal Kingdom Theme Park holds a special place in my heart. A few days after returning to Florida in mid-March 1998 for a Disney professional internship, I attended a special cast member preview of the then newest park at Walt Disney World Resort, just a few weeks prior to its grand opening. As we approach the start of the Walt Disney World 50th anniversary celebration on Oct. 1, I’m sharing images I captured from that memorable trip. 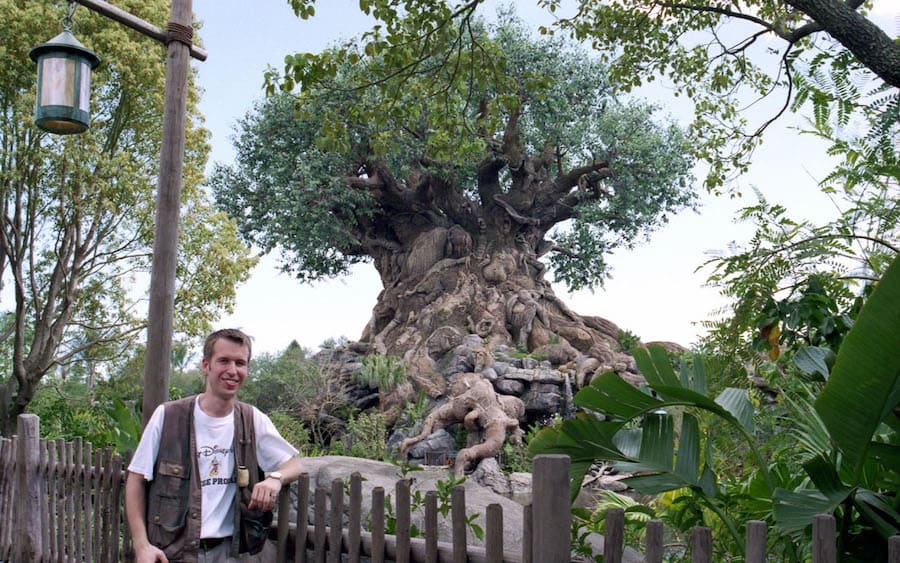 During a June 1995 press conference, Disney officials announced the park by revealing a magnificent Tree of Life model flanked by concept art of dinosaurs and a safari vehicle. Construction began two months later, with eventually over 4 million cubic yards of dirt being moved to build this lush botanical paradise.

The park, wrote Melody Mamberg in “The Making of Disney’s Animal Kingdom Theme Park,” would be based on “enduring love for animals and celebrate all animals that ever or never existed.” For me, it was a photographer’s playground as I took hundreds of images that spring. 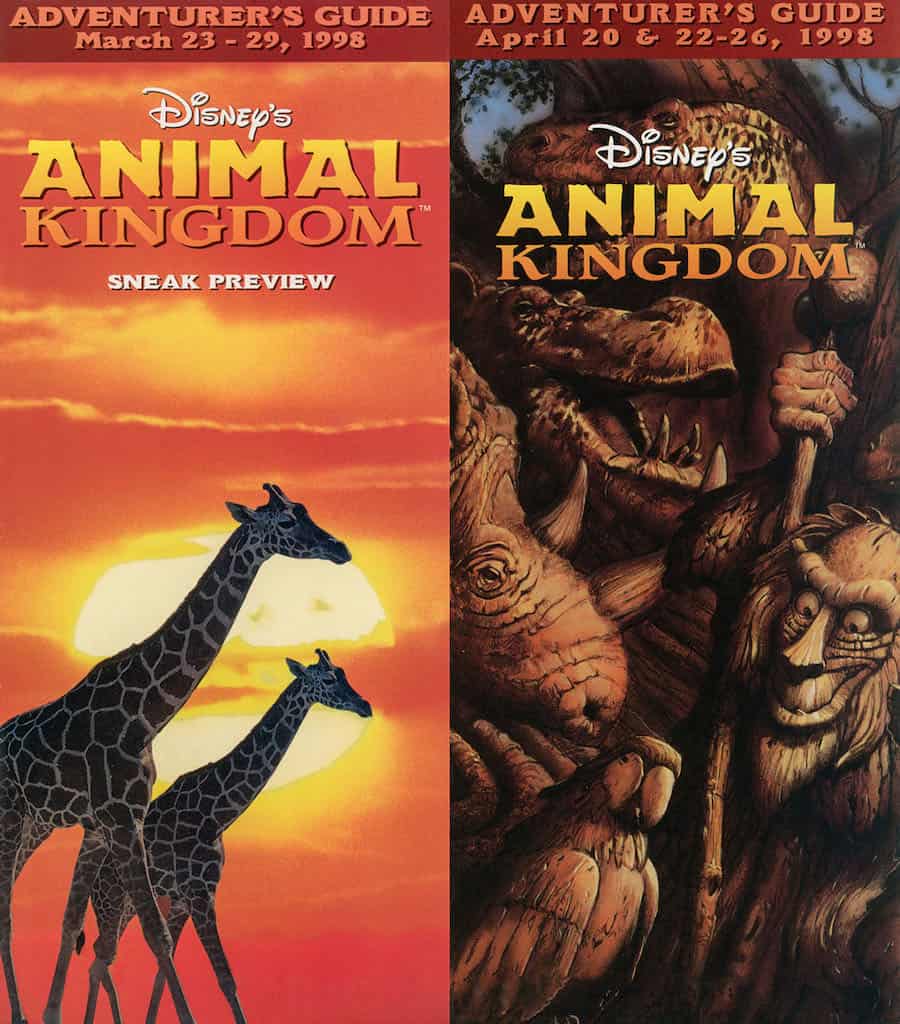 During the preview, I picked up the special edition Adventurer’s Guide, only to return a few weeks later on April 22, 1998, for an opening day guide map.

My favorite attraction on first impression was Kilimanjaro Safaris, as every journey through Harambe Wildlife Reserve’s savanna made me feel like I was in the heart of Africa. In all, the attraction encompasses about 100 acres of the 500-acre park. 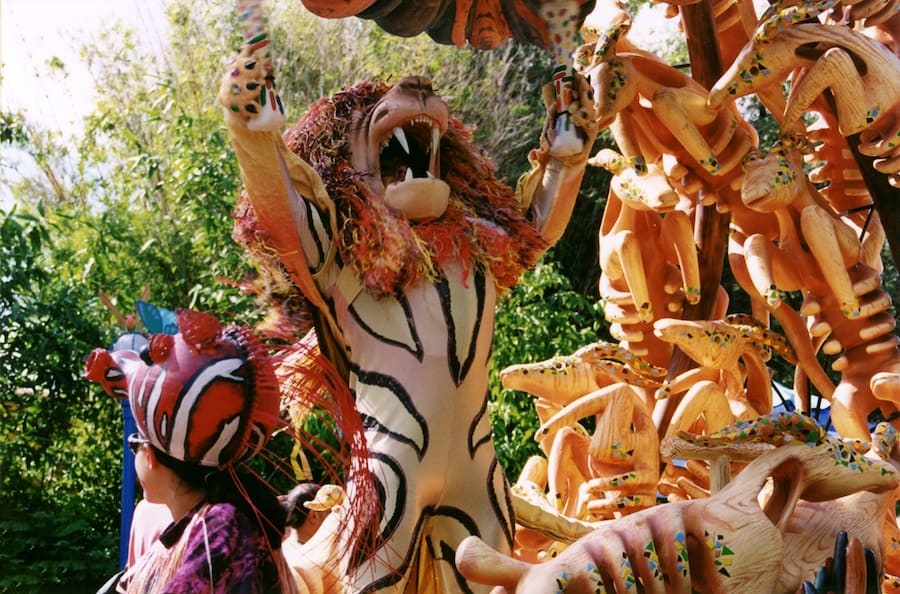 Besides my animal encounters, I enjoyed seeing the “March of the ARTimals” held daily from April 1998 through June 1999. This spontaneous carnival around what we call Discovery Island today featured brightly colored animal costumes and floats designed by Swiss artist Rolf Knie. 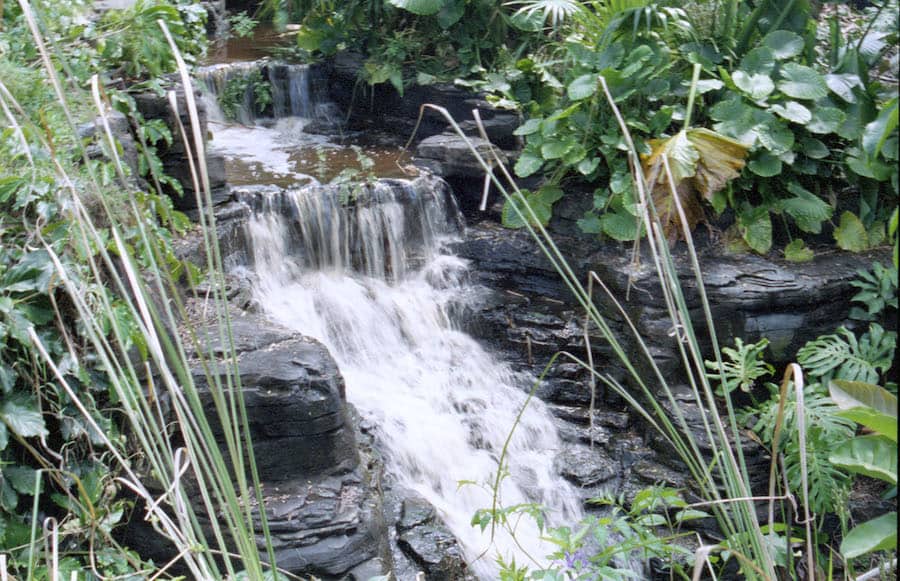 The best part about Disney’s Animal Kingdom has been watching the park evolve during the past 23 years. Those millions of trees, shrubs and vines planted decades ago have since blossomed, and with the addition of Pandora – The World of Avatar, the park is now a spectacular day-to-night experience.

I can’t wait to photograph the Tree of Life once again during the 50th anniversary celebration, when it transforms into a Beacon of Magic at night. It’s going to sparkle with the light of enchanted fireflies calling forth the magic of nature, adding what is sure to be yet another memorable moment from Disney’s Animal Kingdom. Be sure to keep following along here on the Disney Parks Blog and #DisneyWorld50 on social platforms as we continue to chronicle this amazing time in our history.”