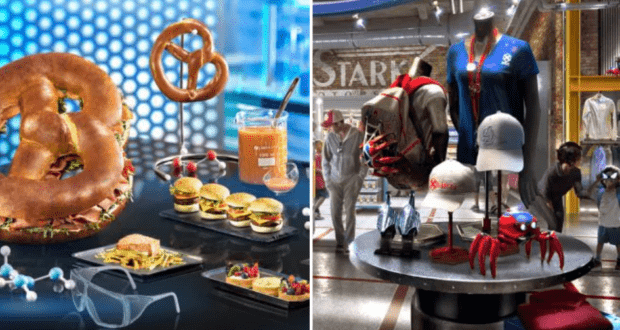 Disney just confirmed the opening date for the latest Marvel-inspired theme park land, with Avengers Campus coming to Disneyland Paris this summer. Ahead of the opening of Avengers Campus, the Disney Parks Blog has released a guide to exclusive dining and merchandise items that will be available this summer, and we are excited to share some of the highlights! Starting with new eats coming to Avengers Campus, a new version of Pym Kitchen (which can already be found at the Disneyland Resort in Anaheim) will be bringing shareable pretzels, hot dogs, veggies, burgers, and cakes to Disneyland Paris.

Pym Kitchen is inspired by the “Pym Particles” seen in Ant-Man and The Wasp (2018), and is sure to bring Guests tasty theme park food at various scales with a superhero flair alongside tiny beers served in souvenir glasses, specialty cocktails, and more. Avengers Campus will also feature a number of food trucks, including WEB – Worldwide Eating Brigade with delicious Asian-inspired noodles and coconut balls, and the FAN-tastic Food Truck serving up  New York-style hot dogs (with vegan sausage options) and an assortment of toppings, plus cheesecake on a stick for dessert. And, last but certainly not least, The Super Diner, inspired by the location where agent Peggy Carter’s best friend once waitressed will bring savory grab-and-go sandwiches to Avengers Campus.

The main destination for all your Avengers Campus merch will be Mission Equipment, which will stock official Avengers Campus and WEB – Worldwide Engineering Brigade items. 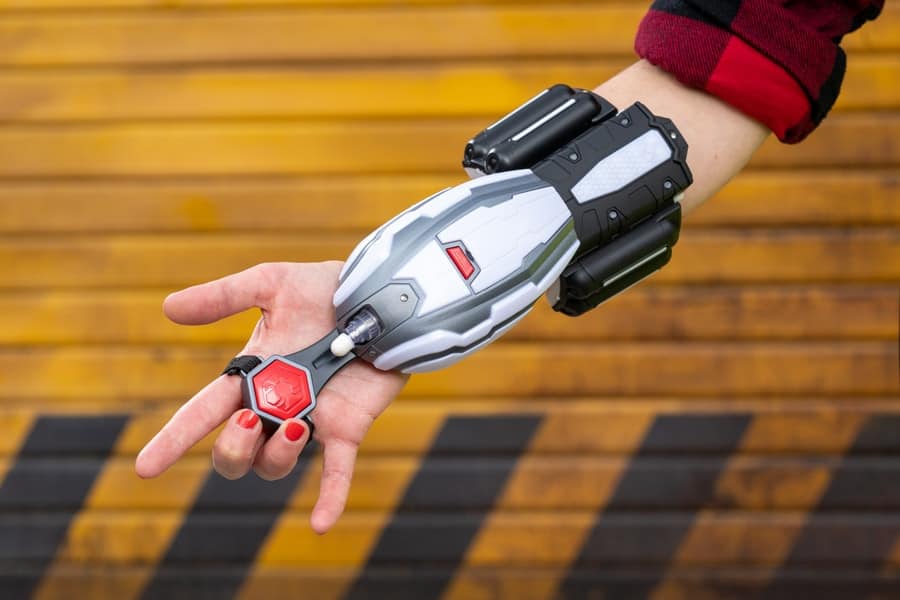 With the opening of Avengers Campus comes the SPIDER-MAN W.E.B. ADVENTURE attraction, the first of its kind at Disneyland Paris to offer Guests fully customized ride experiences through their WEB power bands (available for purchase). And one of the most unique souvenirs Guests can pick up in Avengers Campus will be the Spider-Man goggles. They have nearly 20 different expressions that will appear digitally and can make for some memorable photo souvenirs during your trips to the park.