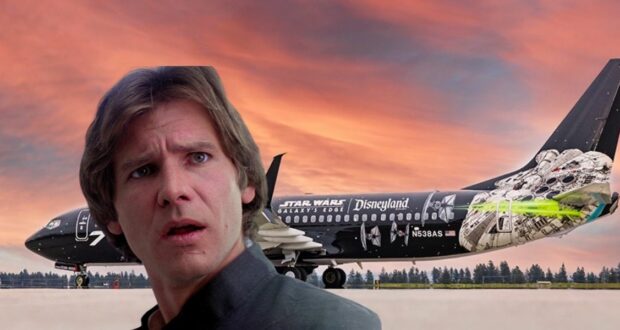 Imagine if a commercial airline could take you to a galaxy far, far away?

Batuu Guests at Walt Disney World and Disneyland can already try their luck at flying the Millenium Falcon on Smuggler’s Run at Star Wars: Galaxy’s Edge, but to celebrate Star Wars Day there’s now another way to fly the famous Falcon.

In true May the 4th fashion, an announcement today revealed that Alaska Airlines has unveiled a brand new, one-of-a-kind Star Wars aircraft. 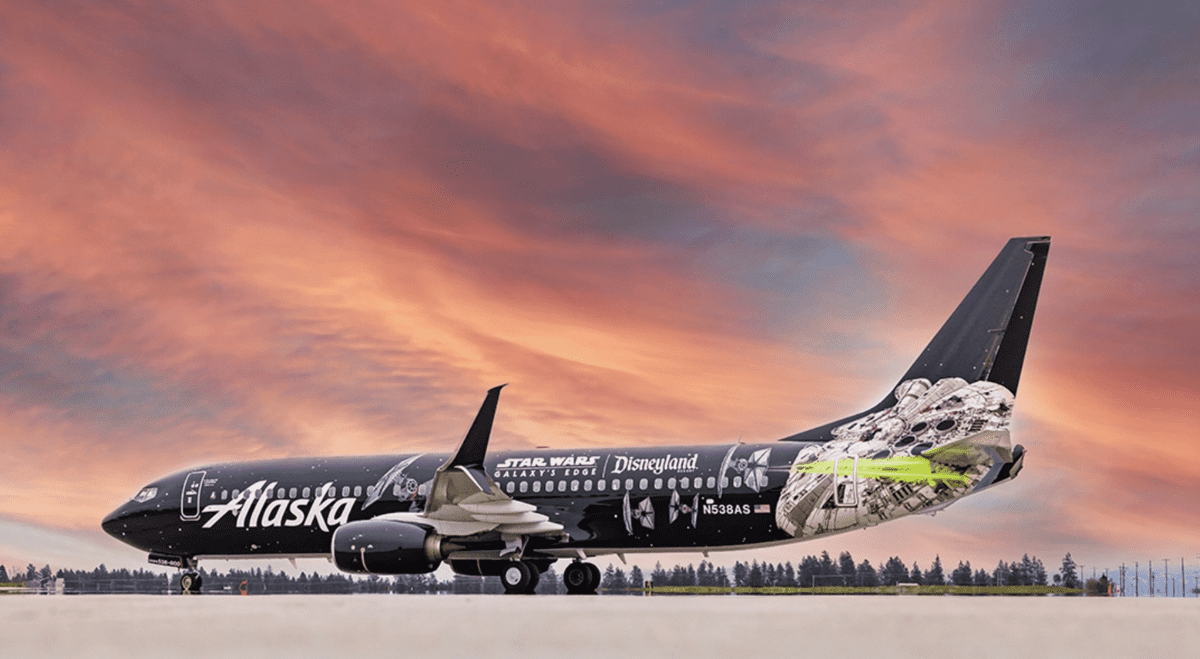 Disneyland has a longstanding partnership with Alaska Airlines and we have seen some Disney-themed planes from them before (never been lucky enough to get on one but we have seen them!). But this brand new design, which is paying homage to Star Wars: Galaxy’s Edge, is out of this world.

Our favorite part has to be the adorable little Porgs painted on the winglets and greeting you at the side entrance door of the aircraft. How fun to look out from your window seat and see a Porg staring back at you?! 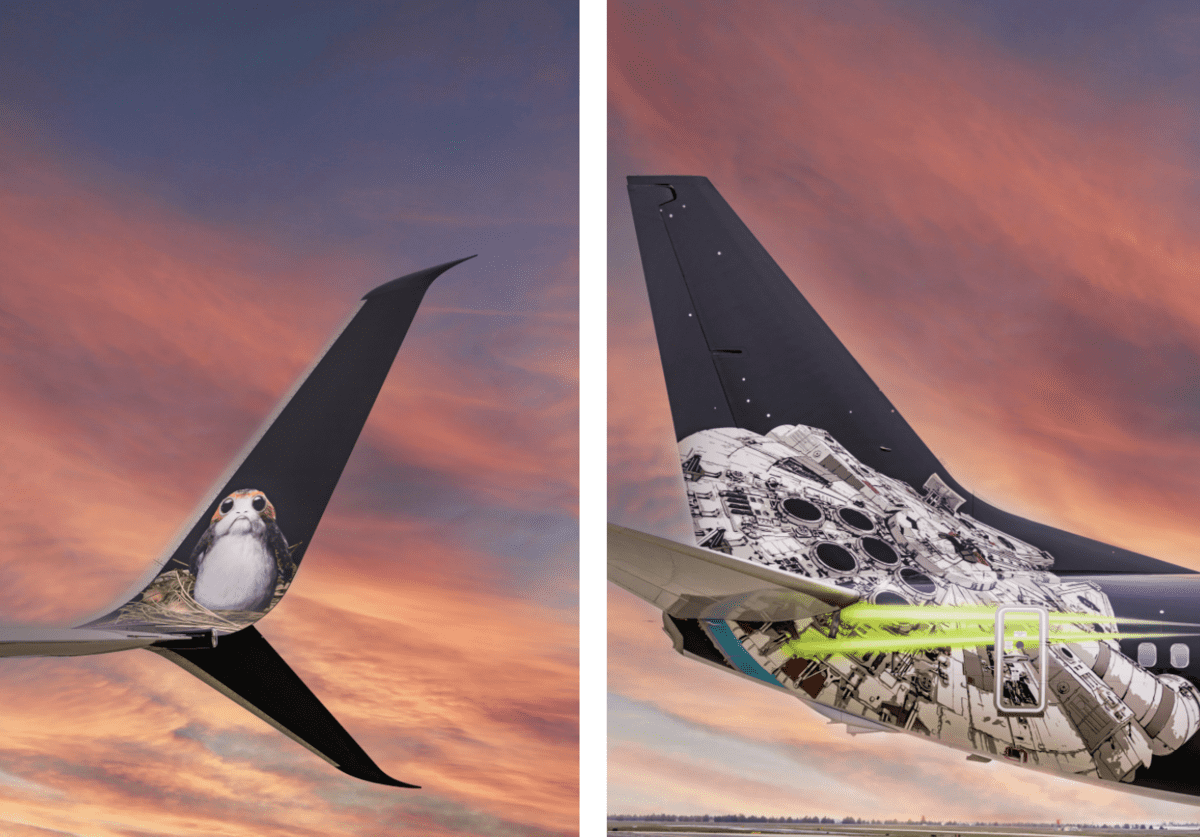 Natalie Bowman, the director of marketing and advertising for Alaska Airlines explained in an interview about the new aircraft that they thought it would be so cool to get the Millennium Falcon in the air somehow. So that’s exactly what they did.

This is the seventh Disney plane in the Alaska Airline fleet, and is literally named “Star Wars Transport to the Disneyland Resort“.

The plane is planned to fly throughout the Alaska Airlines destination network and can even manage the jaunt over to Hawaii from Alaska’s West Coast bases. If you really want to hop on this plane (who wouldn’t?!) you can view the plane’s flight routes up to one week in advance. 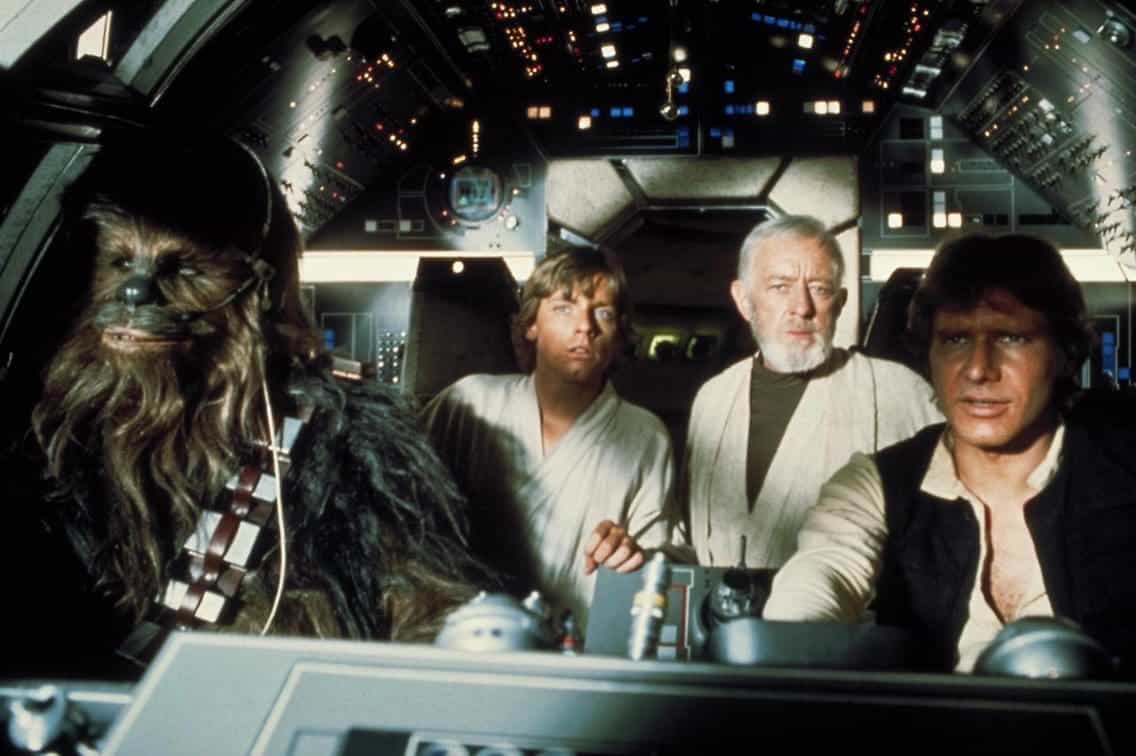 One thing is for certain is we are sure jealous of the Pilots who get to fly these Star Wars planes! They will be the closest in history to being Han Solo – flying the Millennium Falcon.