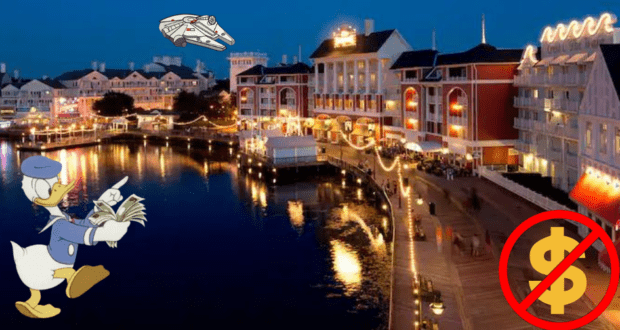 One of Disney’s most recent and extravagant new ventures is the Galactic Starcruiser located in Walt Disney World Resort. Opening on March 1, 2022, the immersive hotel experience opened to mixed reviews.

One of the most controversial aspects of the 2-night, role-playing adventure was its price. Starting at $4,800 for two Guests in one room, the cost skyrocketed to an incredible $6,000 for a family of four!

On top of that, tempting add-ons were offered to Guests, costing even more than baseline prices. One such add-on originally cost Guests $99. The CSL Portrait Experience provides Guests with an exclusive, personalized, 30-minute photo session.

The activity can be booked up to 60 days before Guests arrive for their galactic stay onboard. Self-proclaimed Star Wars Nerd and Disney analyst @kells_crawford revealed Disney’s plan to implement price hikes for the add-on, and it is no small number!

Disney just hiked up the price for a private photo session on the #galacticstarcruiser 4x its original price, and still no 2023 bookings available. What does it all mean? My humble thoughts… #disneynews #starwarsgalacticstarcruiser #disneystarwars

The experience will increase to a whopping $399.00… that’s four times the original price! What is Disney thinking? Wasn’t the company just wondering why the Galactic Starcruiser bombed?

A couple of months ago, after its debut, word began to spread that focus groups were being conducted in an effort to discover why the Star Wars-themed venture failed. It seems like an odd time for Disney to increase prices for the experience, especially for an add-on.

The TikTok/Disney analyst predicts this will mean price increases across the board for the Galactic Starcruiser. She also guesses that the bizarre move indicates possible changes coming to the experience.

The price increase is also odd due to the fact that there seems to be no problem with availability. In other words, not many people are booking trips to this hotel. Hmmm, I wonder why? Could it possibly be that the price may be a bit too expensive for the general public?

I think it’s pretty obvious to most! It seems unlikely that Guests would pay $400 for a photo shoot on top of the thousands of dollars they’re already spending for an incredibly brief experience! So, what do you think?