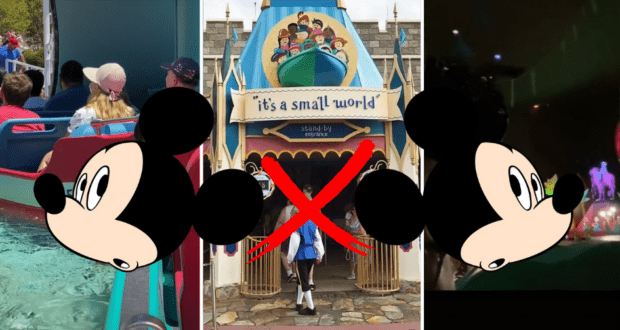 Water rides seem to be a popular place for unruly Guest behavior at Disney’s Parks and Resorts. Disney Tips has reported on multiple incidents this year alone. Guests have been caught on camera dipping their feet into the water, disembarking rides, and just being downright disrespectful onboard.

Splash Mountain, Pirates of the Caribbean, and “it’s a small world” have been continuously in the news, and not for a good reason. Recently a couple of alarming incidents were caught on camera at the “it’s a small world” attraction. Both Disneyland and Walt Disney World have their own versions of the controversial ride. 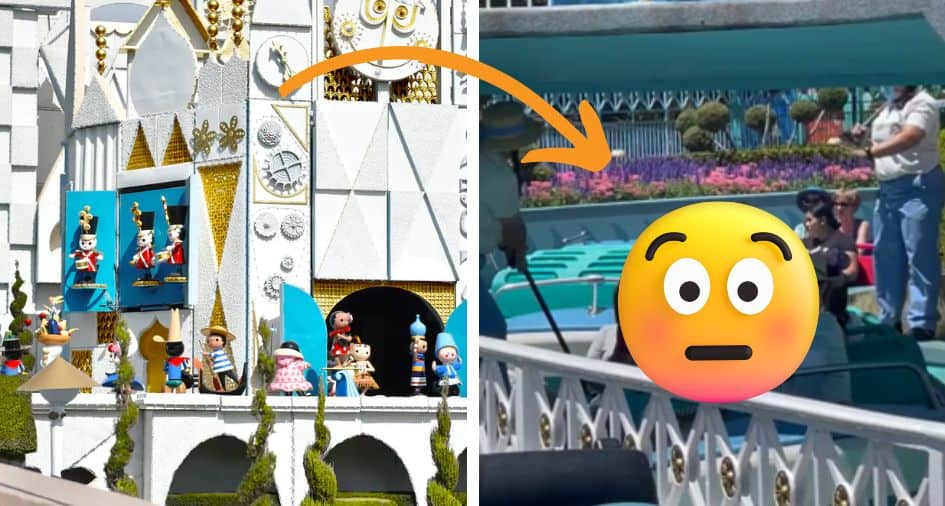 What makes such an innocent attraction controversial, you ask? Many people admit they cannot stand the experience due to the soundtrack that plays over and over. Fans either love it or hate it; for what it’s worth, I love it!

The attraction has a unique, handcrafted feel with craft cutouts spread throughout its various rooms. The colors and animatronics provide the perfect entertainment for littles and make the experience visually appealing.

Always watch out for your children! I did try telling him to get his hand in the boat before this. Wouldn’t listen. Thankfully his parent realized the CM was talking to him and made him pull his hand in! #disneyland #smallworld #disneycmsarethebest

But, Guests onboard the attraction can’t seem to keep their body parts inside the boat! In this case, a child was caught on camera with his arm submerged in the water. No one seemed to attempt to stop him from this dangerous act until eventually, a Cast Member told him to keep his limbs inside.

A more alarming incident transpired when a Guest was caught standing up on the ride, completely disregarding fellow passengers. He proceeded to rock the vessel multiple times and also ended up sticking his arm outside the boat, touching an off-limits area of the attraction.

One would think it’s common sense not to behave in such a way, but with younger, unsupervised visitors, you never know what you’ll get. Let’s just hope actions like these don’t end up causing Disney Parks to implement a chaperone policy like some of the other U.S. Theme Parks!