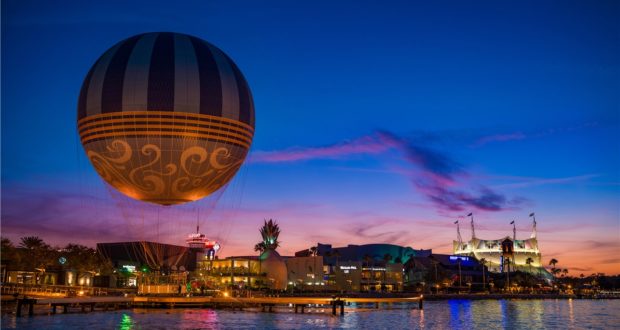 Walt Disney World’s colossal shopping, dining and entertainment complex occupies an impressive 120 acres, and it’s a destination unto itself.

Disney Springs is the perfect spot for a drink, movie, or bite to eat after a long day in Disney’s Magic Kingdom, EPCOT, Hollywood Studios, or Animal Kingdom theme parks – and it offers unique shopping experiences Guests won’t find anywhere else on property.

If you’ve ever found yourself a bit overwhelmed with the more than 150 venues at Disney Springs, you’re not alone! Today, we’ll break down the neighborhoods of Disney Springs and look at its history, to help you navigate the area on your next Disney vacation.

What’s in a Name?

Disney Springs has gone by quite a few different names over the years, and it’s practically unrecognizable compared to what Guests saw when it opened back in 1975.

But then again, this area predates every Walt Disney World Park except for Disney’s Magic Kingdom, so it’s had a long history during which to reinvent itself!

For the first few years of its existence, this area was primarily a shopping district (it boasted a pet store, pharmacy, and even tobacco shop), and it went by the name Lake Buena Vista Shopping Village. In 1977, the name changed to Walt Disney World Village for just over a decade. Changes really started happening in 1989, when Disney Village Marketplace became the new name.

Over the next 8 years, the area started to attract stores and restaurants that are still there today (Rainforest Café and the LEGO Store, for example), along with Pleasure Island, once a bar and nightclub area solely for adults.

Another renaming happened in 1997, with the debut of Downtown Disney, which thrived for nearly 20 years, and is familiar to many Guests.

Even more changes were announced in 2013 when Disney broke the news of its extensive expansion and reimagining for what would become Disney Springs.

In 2015, the final name change occurred, and the area has been known as Disney Springs since then. Talk about an identity crisis!

The Backstory of Disney Springs

When Disney Springs was conceptualized, it was given a backstory, like most Disney attractions and restaurants.  The theme takes its cue from the beautiful lakeside towns of turn-of-the-century Florida, and is named for the babbling springs that connect its different neighborhoods.

Guests are welcomed to Disney Springs by the grand entry and enormous water tower that serves as the area’s unofficial icon. There are four different neighborhoods, each with a different thematic feel, that beckon Guests to explore.

The Town Center is where the story of Disney Springs begins – but in fact, it was the last section to be completed in 2016. This area features a promenade flanked by dining and shopping locations. The Town Center is generally considered to include everything between the World of Disney store to Planet Hollywood.

A variety of shops can be found here, including Kate Spade New York, UGG, Lululemon, Anthropologie, and the Coca-Cola Store.

All that shopping is bound to make Guests hungry! Luckily, the Town Center is replete with locations to grab a yummy bite.

Head to Amorette’s Patisserie or the Sprinkles Cupcakes ATM to satisfy your sweet tooth. Delicious meals can be had at locations like Wolfgang Puck Bar & Grill, Frontera Cucina, and The Polite Pig.

Boasting stunning views of the lake, The Landing is the next neighborhood on the docket. Guests who visited Disney Springs back when Pleasure Island existed will notice that The Landing encompasses this former bar and nightclub area.

Shopping here includes Chapel Hats, The Boathouse Boutique, The Art of Shaving, and The Ganachery.

Along with shopping and dining options, there are some unique entertainment experiences to be had in this neighborhood, such as amphicar rides at The BOATHOUSE, and live entertainment at Paradiso 37, Raglan Road, and The Edison.

You’ll know The Marketplace by its pedestrian causeway over the water, and its collection of fun Disney shops, including the massive World of Disney store (if you can’t find it here, it may not actually exist).

Other great shops include Basin, Art of Disney, Disney’s Days of Christmas, LEGO Store, and Marketplace Co-Op, which is 6 shops in 1 and highly recommended if you’re looking for unique Disney merchandise. 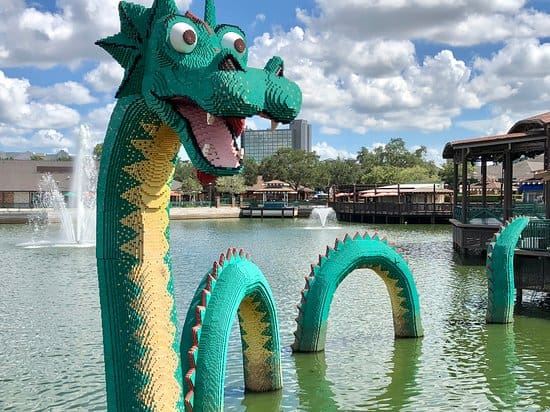 If you’re looking for entertainment, Disney Springs’ West Side is the neighborhood for you! Take in a movie at AMC Dine-In Theater, try your hand at bowling at Splitsville Luxury Lanes, or enjoy the unforgettable spectacle of Drawn to Life, a collaboration between Cirque du Soleil and Disney.

Grab a bite to eat at restaurants including House of Blues, Jaleo by Jose Andres, and City Works Eatery & Pour House. Shopping at West Side offers something for every Guest: Star Wars Galactic Outpost, Super Hero Headquarters, Disney’s Candy Cauldron, and M&M’s are just a few shops to be found here.

While vacationing in Walt Disney World, it’s important to realize that there’s much, much more to Disney than theme parks!

Visiting Disney Springs is a must on any Disney vacation, and its four neighborhoods are brimming with all the eats, merchandise, and entertainment you could ever hope for. 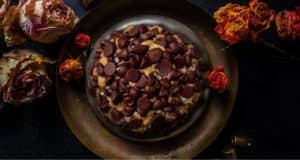 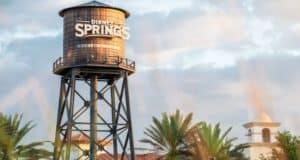 Can You Find These Hidden Mickeys in Disney Springs?

We Can’t Wait to Experience This at Disney Springs