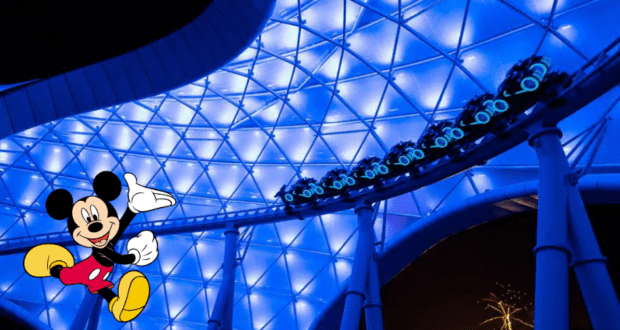 TRON Lightcycle / Run is set to be the newest attraction to open in the Magic Kingdom Park at Walt Disney World, and we can’t wait to ride it! The attraction first opened in Shanghai Disneyland in 2016, and since then, the ride has been extremely popular with Guests for both its theme and immersion, and the unique ride vehicles.

In honor of the 40th anniversary of TRON (1982), the Disney Parks Blog recently shared some of the details behind the inspiration for the new Tomorrowland “E-Ticket” ride.

The new Walt Disney World theme park attraction is actually inspired by both the original film and its sequel, TRON: Legacy (2010). If you haven’t seen the two films, you can find them on Disney+ (we would recommend giving them a watch before you ride!) 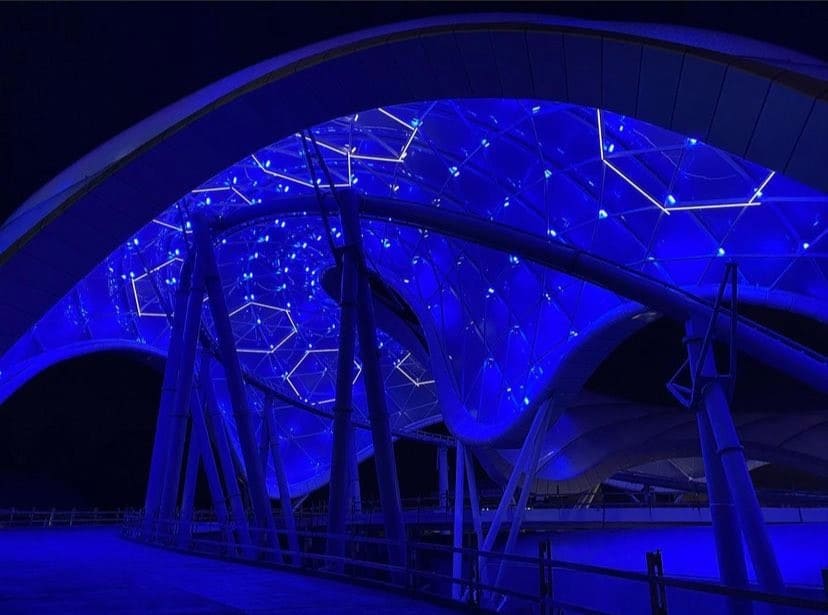 When Guests enter TRON Lightcycle / Run, they will find out that Sam Flynn has begun opening new gateways into the digital realm at certain locations around the world. As such, the first of these gateways is at Shanghai Disneyland where the ride originally opened, and the second one is in Tomorrowland at the Magic Kingdom.

Inside the queue for TRON Lightcycle/ Run, Guests will be immersed in the Grid where they will prepare for a Lightcycle race with family and friends. Everyone will join Team Blue (as in the color of the ride vehicle’s wheels) so they can be launched for a race against Team Orange. The winning team will be the first to enter the eight Energy Gates. Disney has not yet announced an opening date for TRON Lightcycle / Run, and while construction was certainly affected by the COVID-19 pandemic, many fans have pointed out that this attraction was announced for Walt Disney World five years ago now.

If you have visited the Magic Kingdom recently, you may have noticed lots of progress on the attraction. Guests in the Park have been spotting ride vehicles cycling and the canopy being lit up while strolling through Tomorrowland at night. With no opening date confirmed, however, we will continue to keep an eye on the Magic Kingdom’s newest attraction and will update you has soon as we know more here on DisneyTips.