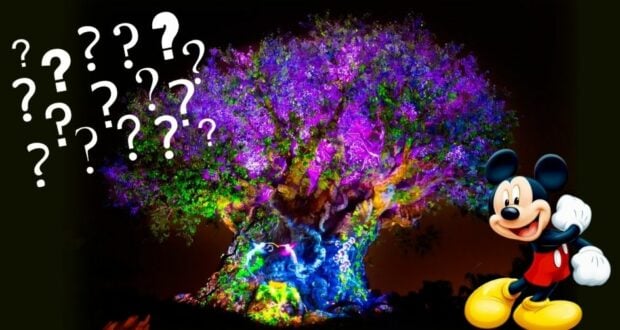 No Fireworks at Disney’s Animal Kingdom? THIS Is the Solution

Do you ever feel like Disney’s Animal Kingdom Park is lacking something? Is that “something” a nighttime spectacular? Well, we believe THIS could be the solution!

When Walt Disney World launched its 50th Anniversary on October 1, 2021, known as “The World’s Most Magical Celebration”, the Park giant introduced two new nighttime spectaculars including “Disney Enchantment” at Magic Kingdom Park and “Harmonious” at EPCOT.

While both of these nighttime spectaculars are stunning, they haven’t truly been met with the excitement of past fireworks and projection shows. Meanwhile, Disney’s Animal Kingdom and Disney’s Hollywood Studios have remained quiet.

Let’s move on over to Disneyland Paris! The Disney Park is celebrating its 30th Anniversary and pulling out all the stops… including the introduction of a new drone show.

“Disney D-Light” is Disneyland Paris’ new nighttime display that has Disney fans talking for all the right reasons! Prior to its nighttime “Disney Illuminations” spectacular, “Disney D-Light” lights up the sky with 150 synchronized drones.

The drones may be the star of the show, but Disneyland Paris also lights up Sleeping Beauty Castle with video projection, water jets, lighting effects, fog, and lasers. We especially love that the synchronized drones form sparkling figures including a “30” and Mickey Mouse above Sleeping Beauty Castle.

The impressive project is the first for a Disney Park. Check out a look at Disney Park’s video below:

This technological feat is one Disney should be very proud of… so why not introduce it in Central Florida?

It makes complete sense that Disney’s Animal Kingdom theme park is unable to offer a nighttime fireworks spectacular as hundreds of creatures call the Park home. The noise from the fireworks boom each night would likely cause stress among the animals.

BUT – drones… drones could work! With little to no sound outside of what Disney music would be added, this Disneyland Paris drone show could be a perfect example of how to bring the nighttime magic to Disney’s Animal Kingdom.

It wasn’t long ago that Disney attempted the nighttime show called Rivers of Light. The show simply didn’t impress and Disney went back to the drawing board. The result… Disney KiteTails daytime show which is well, a one-time Disney experience in our opinion.

Of course, the Tree of Life Awakenings is a stunning display nightly on the massive Disney Animal Kingdom icon, but that extra WOW factor is still missing.

Could drones be the answer? Hopefully, Walt Disney World is taking notes from Disneyland Paris to implement drones at one or all of the Walt Disney World Parks. We’ll keep “wishing upon a star” (or is that a drone?) for now.