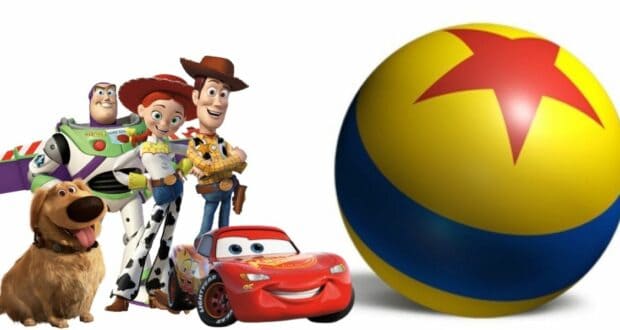 What a way to start the week, other than finding out that Pixar announcing the title and concept for their next big film to be released in 2023. This will be Disney Pixar’s 27th film, and we can only imagine it’s going to be another big hit.

While we’ve known that Pixar would be announcing some details about their next big movie soon, we now have the title of this next film, concept art, and even an exact release date. Thank Disney we are getting an exact release date rather than a vague estimate like “summer 2023”.

“In a city where fire, water, land, and air residents live together, a fiery young woman and a go-with-the-flow guy will discover something elemental: How much they have in common. Directed by Peter Sohn and produced by Denise Ream, Disney and Pixar’s Elemental releases June 16, 2023”

In a city where fire, water, land, & air residents live together, a fiery young woman & a go-with-the-flow guy will discover something elemental: How much they have in common. Directed by Peter Sohn and produced by Denise Ream, Disney and Pixar’s Elemental releases June 16, 2023 pic.twitter.com/HVXTJxL51c

From this news, we have gathered that the name of Pixar’s next film is Elemental and we feel it’s probably going to be pretty monumental.

With a plotline driven around the elements, we’re likely to see them represented as entirely different personalities, coming together in some kind of Pixar Disney magic way.  We’re already getting Inside Out (2015) vibes from the concept art that was also released today by Pixar. Check it out below. 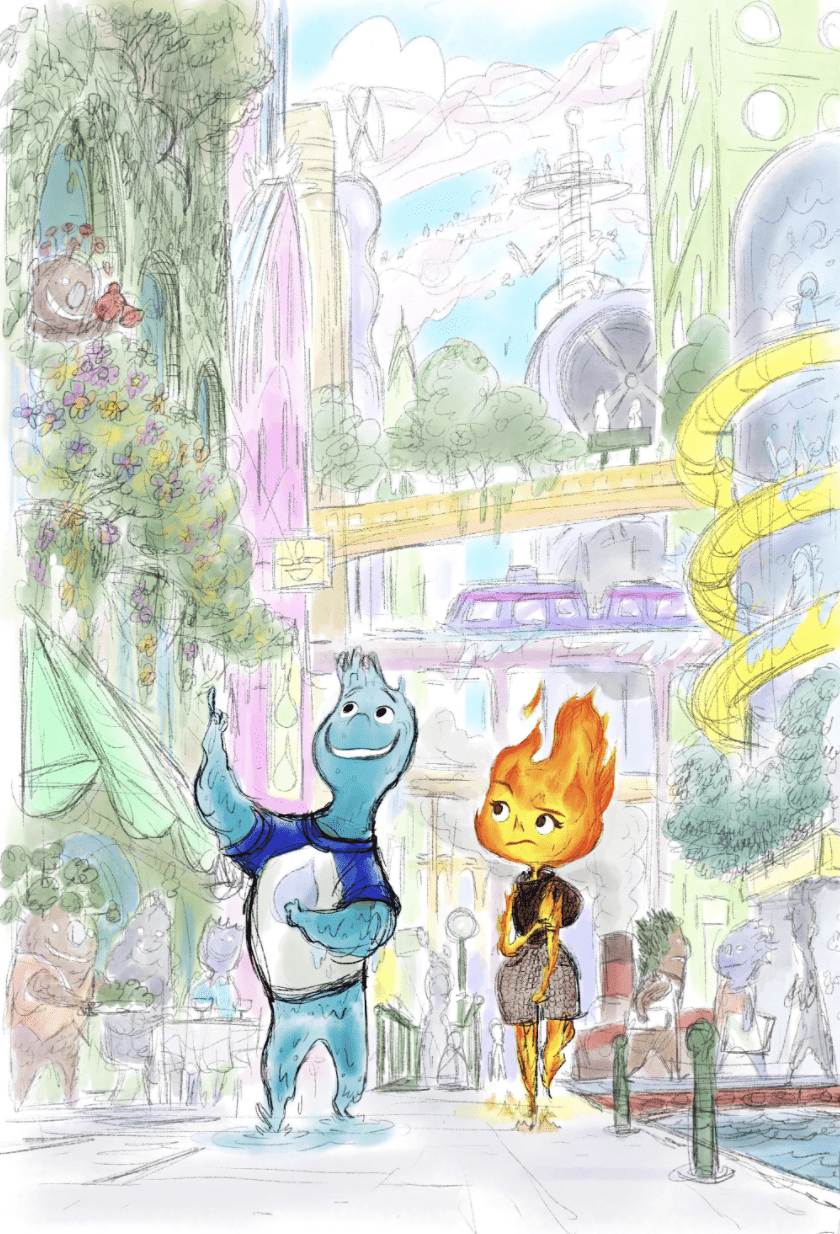 It’s early days of course and we do know how concept art can change, but from this artwork, it looks like we’ll be getting a metropolis looking somewhat like Zootopia and characters that are quite literally the elements. We see most likely the two leading characters the “firey young woman” and the “go-with-the-flow guy” but we also definitely did not miss the tree-like characters which will likely be representing the “Land” characters and some puffy cloud-like people which we can only imagine is air.

We recently saw Pixar release Turning Red (2022), which has received quite mixed reviews and so far does not seem to be Pixar’s most popular recent film despite its progressive and coming-of-age plotline. Pixar has previously released incredibly popular and now classic films such as Toy Story (1995), Monsters Inc. (2001), Finding Nemo (2003), The Incredibles (2005), Cars (2006), Wall-e (2008), Up (2009), amongst 18 other successful films.

Will Pixar’s Elemental be the next classic? We can’t wait to find out.