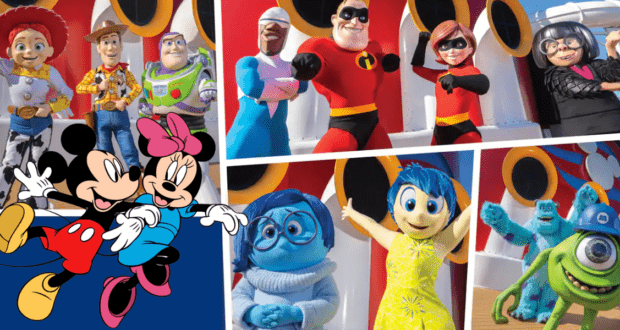 Prefer Pixar Over Disney? Check Out This Special Pixar Celebration! With the additions of these studios into the Walt Disney Company’s arsenal, Walt Disney World and Disneyland each become more exciting and entertaining for those who aren’t huge Disney fans but are visiting with family. But it isn’t just the Disney Parks; Disney Cruise Line is also cooking something special up for fans of Pixar movies. Get ready for Pixar Day at Sea! Onboard the Disney Fantasy, Disney Cruise Line’s fourth cruise ship, the Pixar Day at Sea will make its debut this weekend, according to an official announcement from the Disney Parks Blog. This celebration opens up a whole new world of experiences, including characters from our favorite Pixar films, the Toy Story series, the Incredibles series, Finding Nemo (2003), Monsters Inc (2001), and more! Pixar Day at Sea is categorized by more meet-and-greet opportunities, dance parties, pool parties, family activities, and a brand new nighttime spectacular-all including “more Pixar characters than ever before!” There will also be themed food, drinks, treats, unique entertainment, and a special character breakfast with Woody and his friends.

Check out this video to see how your favorite Pixar characters have been preparing for this fun-in-the-sun celebration!

Disney Cruise Line’s official Pixar Day at Sea webpage has even more information on this event.