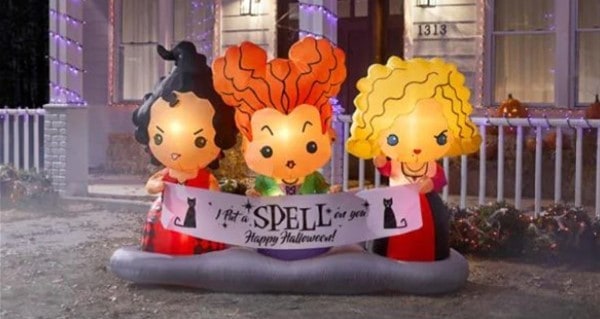 Put A Spell On The Neighbors With This Hocus Pocus Inflatable

There’s no denying, we are HUGE fans of all things Hocus Pocus! Walt Disney Pictures first released the Hocus Pocus film in 1993. Now, 28 years later, we are still talking about the frightfully good movie! We’re especially excited that Disney has announced Hocus Pocus TWO is scheduled to arrive Fall 2022. The film has somewhat of a cult following you could say which makes all things Hocus Pocus a fun addition to any celebration. Hence – our excitement to spot a Sanderson Sisters inflatable which we know will be a Halloween hit! Are you ready to put a spell on your neighbors? 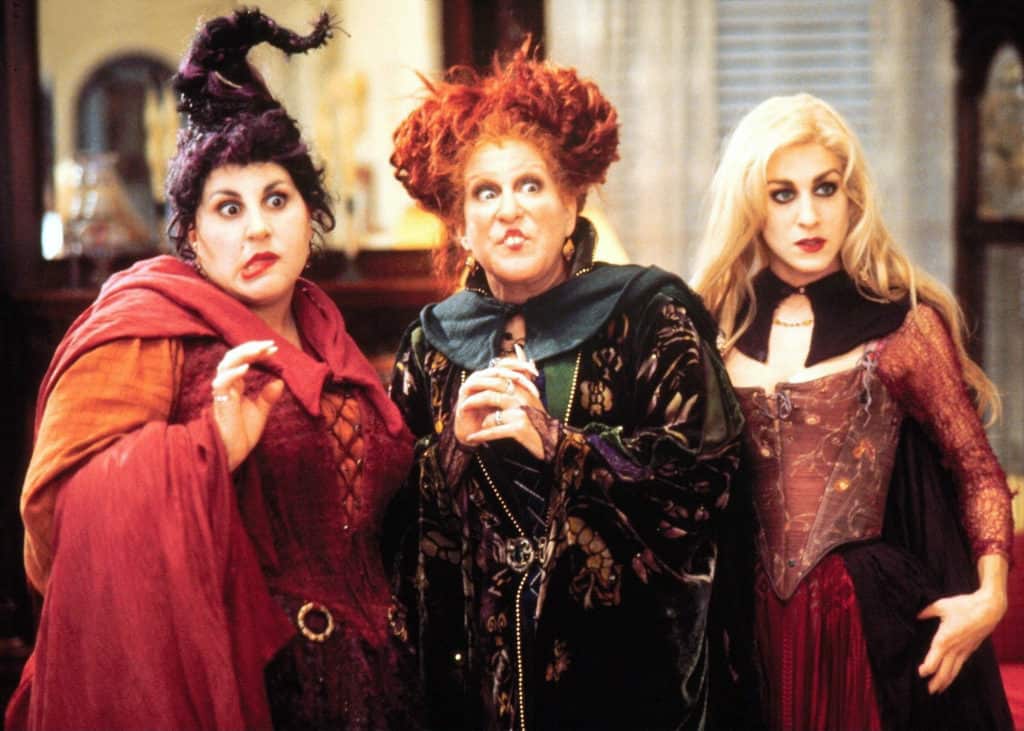 The Hocus Pocus Sisters Scene Airblown Halloween Inflatable is available via Home Depot for $129. “Turn your outdoor party to a modern-day Salem with this Airblown Disney Hocus Pocus Sisters inflatable. The Sanderson sisters stand at 4.56 feet and hold a Halloween banner to treat your guests to a spooky surprise, promising an evening filled with magic, spells and potions. Weatherproof, this trio of witches can be placed on your walkway or yard to frighten arriving trick-or-treaters, and an easily deflatable design lets you quickly pack it up when the celebrations are done. This Airblown Disney Hocus Pocus Sisters inflatable self-inflates in seconds for quick installation, giving you ample time to attend to your company.” 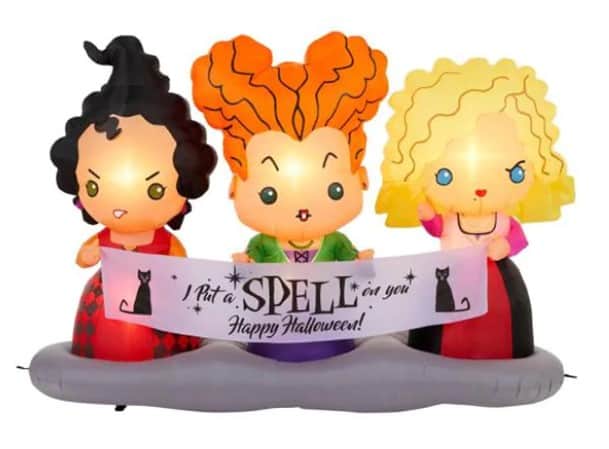 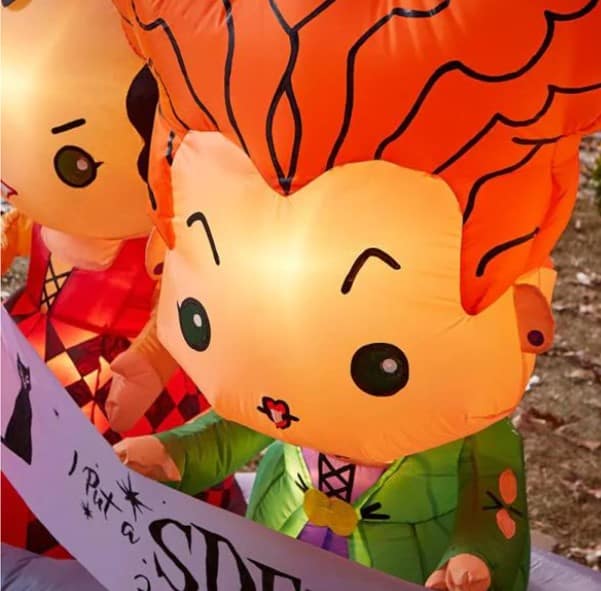 We may be in the middle of summer, but we suspect this Hocus Pocus inflatable won’t last until the Halloween season! You’ll want to be sure to snag yours now while still available online with Home Depot. If you’re looking for more fun ways to spice up this Halloween season with the Sanderson Sisters, check out this “Come, We Fly!” – Winfred’s Pumpkin Broomstick Twists recipe, or this fun Hocus Pocus board game. Have a frightfully fun time running “AMUCK” this Halloween season!