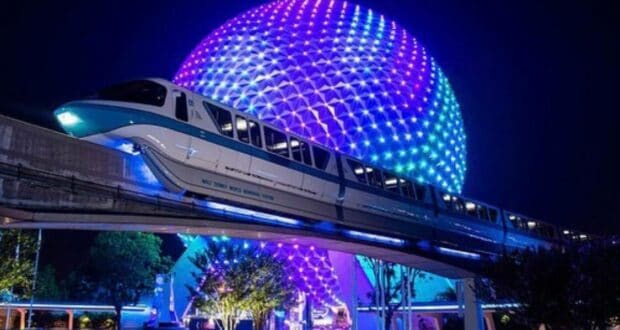 Skip That, Ride This Instead at Walt Disney World’s EPCOT

A Guest could be forgiven for having a soft spot for Walt Disney World’s EPCOT.  After all, it’s the only Disney Theme Park where you can travel to the future and travel around the world, all without leaving the Park!

You’ll want to make time to eat and drink around World Showcase while you’re there, of course, but what about EPCOT’s attractions?  While there aren’t as many as there are in Disney’s Magic Kingdom, you will still have trouble trying to fit them all into a day or two.

Here are a few EPCOT attractions you can feel comfortable skipping during your Disney vacation – and suggestions for what would be a better use of your time!

Skip: Journey Into Imagination With Figment

As the unofficial mascot of Walt Disney World’s EPCOT, Figment the dragon enjoys quite a following, so the idea of skipping Journey Into Imagination with Figment may raise a few eyebrows.  But this journey through the five senses simply doesn’t measure up to the other attractions in EPCOT, and Figment, unfortunately, doesn’t save it.

The ride is dated, borders on annoying, and the sensory overload (I’m looking at you, skunk smell) can be too much for Guests who are sensory sensitive.  About the best thing to be said about Journey Into Imagination is that there’s rarely a line, for obvious reasons, and it’s an air-conditioned break on a hot Orlando day.  Feel free to skip this one.

Ride: The Seas with Nemo & Friends Instead

The current closure of Animal Kingdom’s beloved Finding Nemo: The Musical makes it even more important for Guests to check out The Seas with Nemo & Friends at Disney’s EPCOT!  And let’s be honest: even if you’ve never seen Disney and Pixar’s animated film ‘Finding Nemo’, a journey under the sea is always amazing.

Hop on board a clamobile to find Nemo and his delightful friends, and don’t leave until you’ve explored the gigantic (5.7 million gallon) aquarium on site.  From playful dolphins, to gentle manatees, to Nemo’s own clownfish cousins, you’ll want to “just keep swimming” until you’ve met all of the fabulous real life sea creatures here!

The line for Gran Fiesta Tour Starring the Three Caballeros is rarely more than a few minutes long, and it is fun to hop on a boat and ride past a Mayan pyramid inside the Mexican Pavilion at Disney’s EPCOT.  But this is an attraction that’s easily skippable if you’re short on time.

It’s inspired by a classic Disney film that you’ve likely never seen (‘The Three Cabelleros’), and it consists of footage showing the sights of Mexico, punctuated by animated snippets of Donald and his two amigos.  But even with the fun addition of Donald, there’s not much to entertain or thrill Guests on this dark boat ride, which now feels pretty dated.

Ride: Living with the Land Instead

A much better boat ride awaits over in World Nature (part of what used to be known as Future World).  It’s certainly not a thrill ride, but Living with the Land is a treat for any Guest interested in behind-the-scenes glimpses of Walt Disney World.

It takes you backstage through Disney’s greenhouses and shows you where Disney grows some of the food served throughout property.  The growing techniques and cross-breeding used in WDW produce some pretty impressive crops!  Living with the Land is a great nod to Walt Disney’s original vision of EPCOT, as a living community.

One thing you don’t think about when you’re a kid dreaming of becoming an astronaut – it takes a very strong stomach.  Disney’s Mission: SPACE in EPCOT’s World Discovery (part of what was once known as Future World) uses a centrifuge to spin Guests around, simulating the G-force you’d experience if you went into space.

This intense flight simulator (Orange Mission) is not for anyone who gets even a bit of motion sickness, which is why Disney also has a less intense version of this ride that doesn’t spin or simulate G-force.  But this gentler flight (Green Mission) sadly ends up feeling underwhelming and anti-climactic.

There is no happy medium with this ride, so unless you really want to be an astronaut and are prepared for the many health warnings that come with riding the Orange Mission, it’s best to skip this ride altogether.

Despite its name, you won’t truly feel like you’re in a spaceship at any point during Spaceship Earth – but you should still ride it, if for no other reason than it takes you inside the geosphere that is the icon for Disney’s EPCOT.

Spaceship Earth takes Guests on a journey by omnimover through the millennia of human evolution, and you’ll watch as Audio-Animatronic figures act out pivotal moments of human history from the origins of language, to the invention of the printing press, to the moon landing.

There’s also an interactive component where you can design and view your own future.  Moving through the interior of a Disney Park icon is kind of a big deal, and worth making time for.

Some of my best memories of Walt Disney World’s EPCOT don’t involve rides at all – they involve exploring the culture, architecture, and food of the various countries represented in World Showcase.  But you’ll want to make some time for ride hopping in between your world travels!  Luckily, there are several EPCOT attractions that you can safely miss – and many that are always an excellent use of your time.