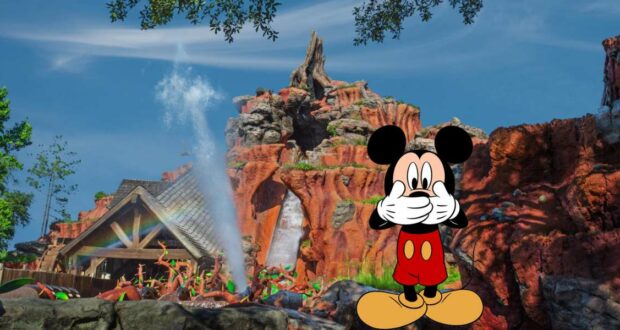 Splash Mountain May Be Gone, But That Isn’t Stopping Fans From…Selling This?

The Princess and the Frog (2009) is coming to the Magic Kingdom in a brand new way, with Princess Tiana taking over Splash Mountain. The iconic Frontierland attraction closed permanently last night, on January 22, 2023, to make way for Tiana’s Bayou Adventure, which is set to open in 2024.

While many Disney fans are thrilled to see more of Princess Tiana’s story told in the Magic Kingdom (and later at Disneyland), a particularly vocal group of Splash Mountain fans had been petitioning for the ride to stay put since its closure was announced in 2020. RELATED: The Real & and Alarming Reason Behind Splash Mountain’s Overhaul

With Splash Mountain now permanently closed, some of the more…eclectic Disney fans out there have wasted no time seeking out a profit from the beloved, and at times controversial, theme park attraction. Splash Mountain memorabilia of all kinds has made its way to eBay over the past week, which all makes sense, except for several listings for a rather peculiar “souvenir.”

It seems that some Guests, reportedly some who visited the Magic Kingdom yesterday specifically, have taken to eBay offering up jars of water from Splash Mountain for sale: 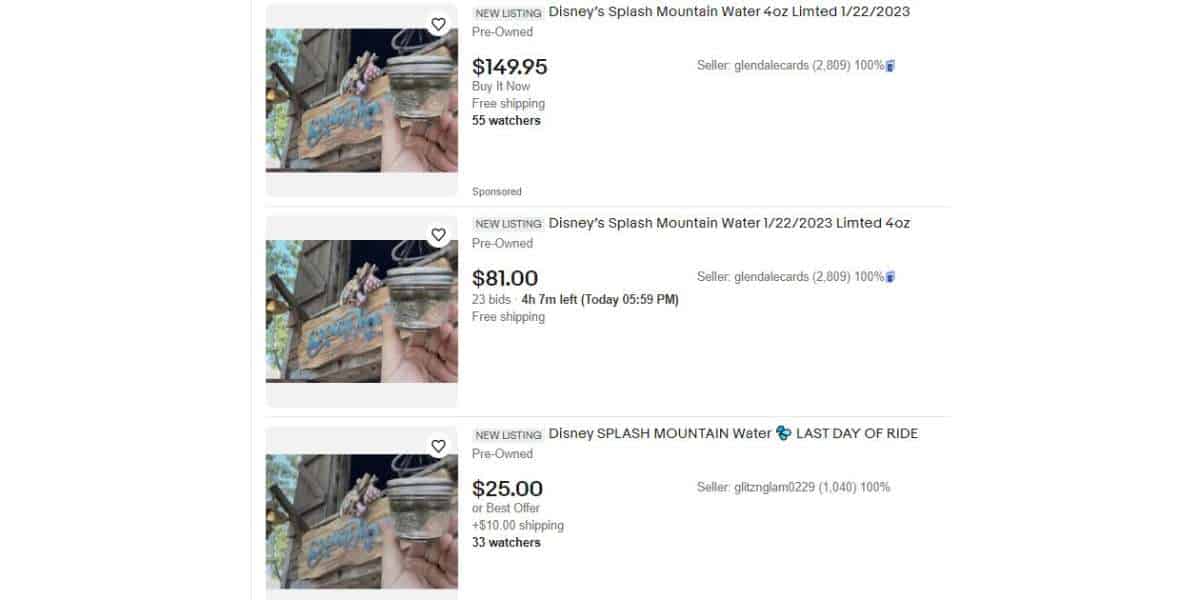 Yes, you read that correctly: Splash Mountain water (supposedly) has made its way to eBay for the price of $81….And as of this writing, that listing has 23 bids! Whether or not the water is authentic is the least of our concerns, but if you do happen to be interested, a quick search for the ride on eBay will surely pull up what you are looking for.

We have seen Disney fans sell all kinds of oddities from the theme parks online, most noticeably resellers who scoop up limited edition merchandise, but we cannot quite say we’ve seen something like this before. Besides, as one Disney fan recently pointed out on Twitter:

They do know it’ll be the same water when it reopens right?

As for the future of the attraction, Tiana’s Bayou Adventure will pick up its story after the final kiss in the 2009 Walt Disney Animation Studios film. The ride, which will feature the same layout and perhaps reuse some of the Audio-Animatronics from Splash Mountain, will showcase Princess Tiana in a new look while bringing a little bit of New Orleans to the Magic Kingdom.

The ride is now closed through 2024, with Tiana’s Bayou Adventure is set to open, however, Disney has not yet confirmed a more specific timeframe for when we might see the new attraction next year.

2023-01-23
Brittany DiCologero
Previous: This Disney World Transportation System Is Officially Closed for Refurbishment
Next: Here’s Why You Should Go to Disney World Alone