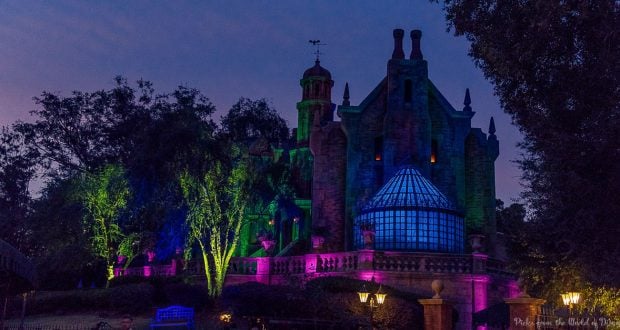 Chances are you’ve heard of the attraction Haunted Mansion in Disney’s Magic Kingdom Theme Park. Whether you’re a repeat Guest who heads straight to Liberty Square on arrival to board a Doom Buggy, or are planning your first trip and want to know more about this classic attraction, we have you covered!

We can’t get enough of this famous ride, which manages to be both scary and funny. Here are some of our favorite facts and secrets to know about Disney’s beloved Haunted Mansion.

Usually, long wait times at Walt Disney World elicit a groan from Guests.  But when you’re in line at Disney’s Haunted Mansion, the time flies!  That’s because the queue for this spooky attraction is one of the most interactive of any queue in a Disney Park.

You can choose to bypass the interactive section, making your wait shorter, but the long version of the queue is worth doing at least once!  You can create your own tune by pressing different instruments on the crypt, reading the amusing epitaphs on tombstones, triggering ghostly book movements in the library, interacting with the “nearly departed”, and playing the creepy pipe organ.  Oh, and a refreshing surprise awaits when you approach the Captain’s casket!

With all of the state-of-the-art technology used in new and even not-so-new Disney attractions, you might be surprised to know that one of the most impressive special effects in the Haunted Mansion is a simple trick from the 1800s, called “Pepper’s Ghost”.

When Guests approach the Grand Hall or ballroom scene, they’re confronted with the nightmarishly captivating sight of dozens of ghosts going about their (after)lives, dancing, having a duel, celebrating, even swinging from a chandelier. How does Disney accomplish this? There are animatronics acting out the scene in the ballroom, and they’re located in a hidden room above and below you as you sit in your Doom Buggy.

Thanks to a combination of lights and glass placed at the perfect angle, the hidden room scenes are reflected and end up looking like they’re partying right in front of you, in the ballroom itself. The next time you ride Haunted Mansion, notice the dancing ghosts – you’ll see the women are leading the men.  That’s because you’re seeing a reflection that reverses the actual positions of the animatronics hidden below you.

It took years for the original Haunted Mansion at Disneyland to make the leap from concept to full-fledged attraction – it finally debuted in California in 1969, more than a decade after Disneyland had opened.  By then, it had been decided that a similar ride would be created in Walt Disney World, so duplicates of everything were made for Orlando.  But why the wait?

It seems it took that long to resolve one of the toughest issues to ever stymie Disney Imagineers: the question of whether Haunted Mansion should be scary or funny.  The two Imagineers who were charged with the final design of the attraction (Claude Coats and Marc Davis) had very different takes on the issue, one voting for “scary” and the other leaning towards “funny”.

As Guests now know, both angles were eventually used, which is why you’ll notice certain sections of the ride are more on the creepy side (floating candlesticks, spooky séance, haunted attic) while others have a more playful tone (hello, Hitch-hiking Ghosts!).

One of the most iconic parts of Disney’s Haunted Mansion isn’t even part of the ride itself!  It’s the Stretching Room that you’ll enter as part of the pre-show.  If you ride the attraction in Disneyland, you’re transported to the ride below by elevator, but here in Walt Disney World, Guests never actually move at all.  Instead, the ceiling itself moves, along with the gargoyle mantle, making it look like the entire room is stretching.

Insider tip: If you can, try to be one of the very last “foolish mortals” to leave the Stretching Room, because this way you may be able to hear voices emanating from the gargoyles, telling you to leave!

One of the most enduring myths about Walt Disney World centers around the singing busts in the graveyard scene of Haunted Mansion.  Legend has it that one of the busts was modeled after Walt Disney himself.  Sadly, this isn’t true at all.

But the fact is perhaps stranger than fiction here.  One of the singing faces that does appear on a bust (the broken one) in this scene is that of Thurl Ravenscroft, who was one of the singers of Grim Grinning Ghosts, the theme song for the attraction.

Ravenscroft also lent his vocal talents to many Disney animated films, including The Jungle Book (1967), Mary Poppins (1964), and One Hundred and One Dalmatians (1961).  But you perhaps know him best as the voice behind Tony the Tiger!

Gone But Not Forgotten

When a ride is removed from Walt Disney World, it’s never truly gone.  If you’re a Guest who fondly remembers Mr. Toad’s Wild Ride, a former attraction in Disney’s Magic Kingdom that was replaced by The Many Adventures of Winnie the Pooh, you’ll love this Easter egg!

Watch for the pet cemetery as you leave Haunted Mansion.  You’ll see a grave marker at the back dedicated to Mr. Toad himself.

Attractions throughout Disney’s Magic Kingdom, EPCOT, Disney’s Hollywood Studios, and Disney’s Animal Kingdom Theme Parks are multi-layered creations with many a secret to spill.  There are many more facts, secrets, and quirks about Disney’s Haunted Mansion that Guests can uncover, with a bit of research!  We hope they make your next hangout with the 999 Happy Haunts even more thrilling. 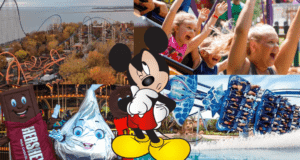 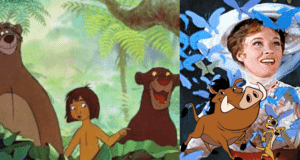 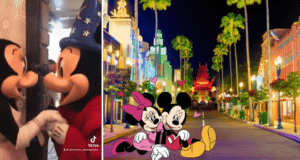