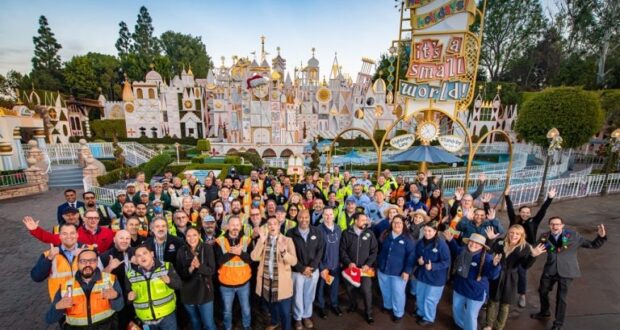 We’ve shared information on the flood at “it’s a small world” at Disneyland and the damage it caused, plus the hard work that went into getting the ride ready in time for the holidays.

Related: Flood Delays the Reopening of “It’s a Small World” at Disneyland

Here’s a new look at the repair, shared by Lisa Greathouse and Disney Parks Blog:

When flooding shut down “it’s a small world” Holiday at Disneyland park — just hours before it was set to return as part of the Holidays at the Disneyland Resort — there was some doubt whether the necessary repairs could be completed in time to allow the beloved attraction to open at all this holiday season. But a mighty team of cast members across multiple lines of business rallied to repair and replace damaged machinery in record time, allowing the attraction to reopen to excited guests on Monday, Dec. 6.

“This attraction means Christmas to the resort, so it gave us something to shoot for,” said Jason Tomlin, manager of Ride Control Engineering at the Disneyland Resort. His team of engineers jumped into action with dozens of other cast members as soon as it was discovered that the underground maintenance room of the attraction’s loading station — called “the pit” — flooded Nov. 10 as the attraction was being refilled. By the time the mishap was noticed, the area that houses nearly all of the ride control machinery and electrical equipment was submerged under at least 7 feet of water.

“When I first heard about it, I thought, ‘That can’t be right.’ You had to see it to believe it,” said Joelle Medina, senior project manager for Facilities Asset Management, who coordinated the recovery effort among nearly 20 different teams (many of their members pictured above).

The day after the flood “we assembled a recovery team with representation across all key lines of business,” said Engineering Services Director Jason Lovelace. “I asked the group to work toward reopening within four weeks. At the time I knew that was unlikely due to the extent of the work ahead, but the team never blinked.”

The first step was to pump out more than 200,000 gallons of water from the 57-year-old attraction and deem the area safe before the damage could even be evaluated.

With the kickoff of the holidays just hours away, “I don’t think you could have planned this to happen at a worse time,” Jason said. In fact, as celebrities were taping their segments for the “The Wonderful World of Disney: Magical Holiday Celebration” TV special in the glow of the thousands of lights from the attraction, a giant dehumidifier had just been lowered via crane to dry out the area. Teams then began inspecting equipment to determine what parts could be cleaned and salvaged and what needed to be replaced, a task complicated by global supply chain challenges. Since many spare parts kept in the pit were also ruined, the team reached out to its “small world” of partners at Disney theme parks around the world, among other sources, to find essential parts. 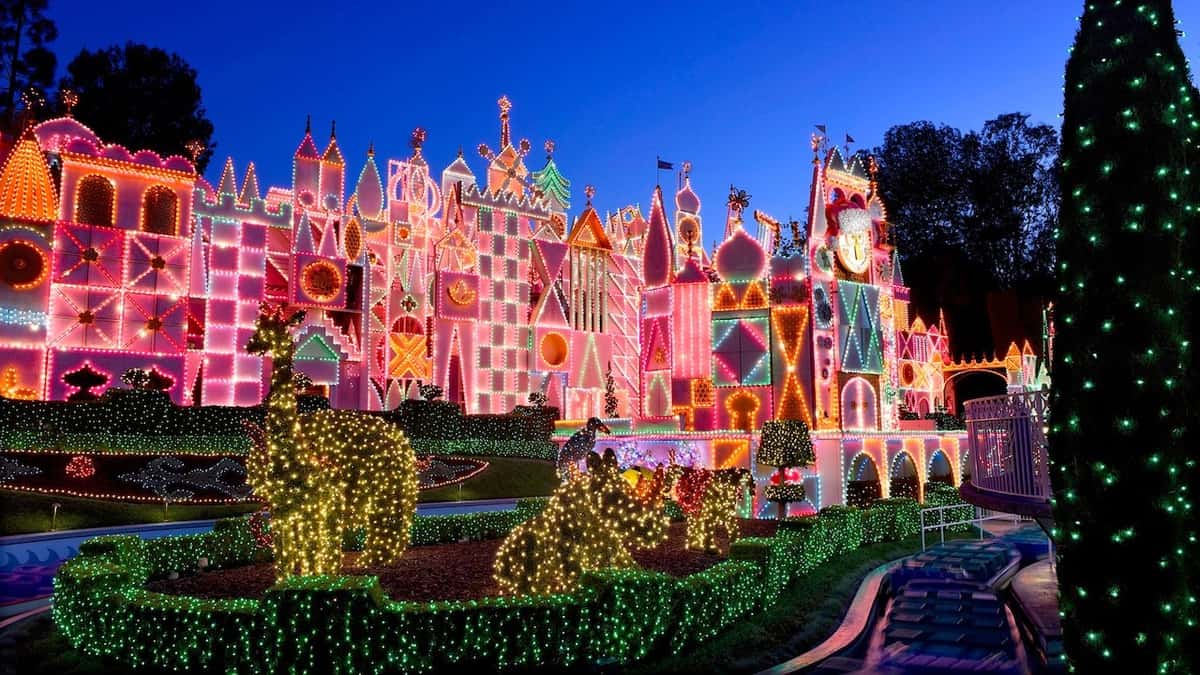 “It truly was a team effort with everyone focusing on the same goal,” Joelle said. As a result, work that was initially expected to take several months was completed in less than four weeks. “It’s such an iconic piece for the holidays, and not having it would have been heartbreaking, especially after the last year we’ve had,” she said, adding that it’s a favorite for the holidays with her own children, ages 6 and 3. 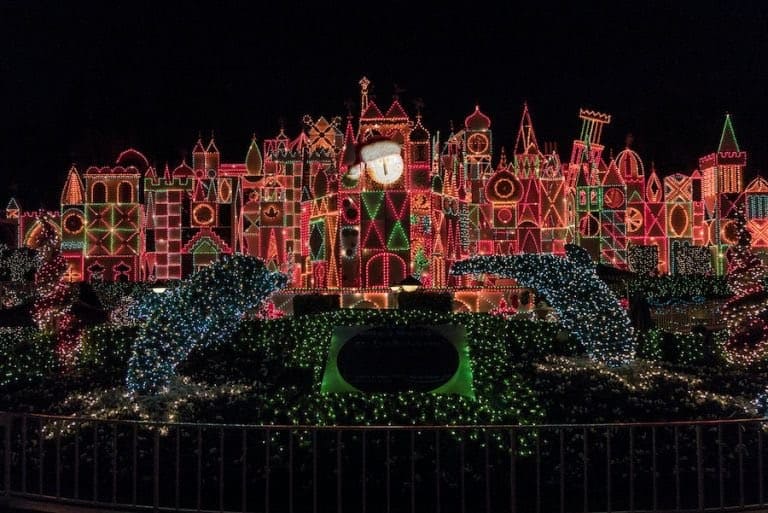 Meanwhile, cast members stationed outside the attraction worked for weeks to alleviate guests’ disappointment by offering to take their photos against the iconic façade, pin trading and even creating a sea of bubbles for children to play in. “When I shared with a group of cast members that we can now tell guests that the attraction [is reopening], they all lit up in excitement,” said Tyler Carter, production manager of Fantasyland Attractions. “Nobody thought this was possible, so it really is a Christmas miracle.”