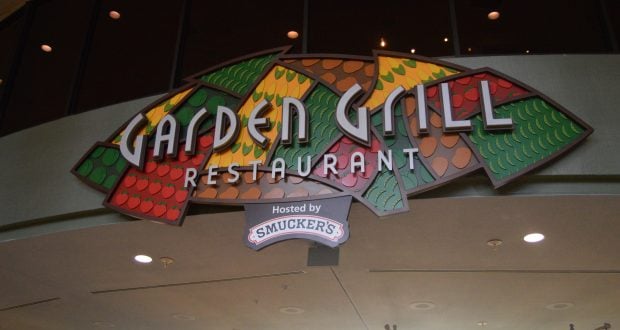 Guests who visit Walt Disney World love exploring the theme parks, water parks, Disney Resorts, and Disney Springs thanks to the incredible amount of detail found everywhere. Every attraction, restaurant, store, Disney Resort, and area is themed perfectly with beautiful details that transport guests to other places in time and space. Details that contribute to the whimsy include architecture, artwork, props, scenery, and landscaping. Hidden amongst all of the details are Hidden Mickeys which guests absolutely love! Hidden Mickeys are any representation of Mickey or another Disney character hidden in everything from décor to scenery throughout Walt Disney World. Finding Hidden Mickeys is a great activity for guests of all ages since some of them are very easy to spot and others require an expert eye. Here are the top eight Hidden Mickeys at Walt Disney World for experts!

8. Under The Sea – Journey Of The Little Mermaid

One of the most difficult Hidden Mickeys in all of Walt Disney World can be found just outside of an attraction in the Magic Kingdom’s New Fantasyland. Under the Sea – Journey of the Little Mermaid invites guests into Prince Eric’s castle to relive the tale of Ariel falling in love and turning into a human. Once exiting the attraction, guests move back into New Fantasyland and walk past a fence on their right hand side which overlooks some rocks and a waterway. Guests who look closely at the rocks on the left hand side of the water can spot a Hidden Steamboat Willie comprised of several different rocks forming his wheel, hat, face, body, and legs.

A popular restaurant in Epcot that many guests enjoy is the Garden Grill Restaurant located on the middle level of The Land Pavilion. The restaurant serves up freshly grown produce and allows guests to meet characters and overlook scenes of Living with the Land while slowly rotating during their meals. At one point, guests rotate past a beautiful mural depicting plenty of flowers and vegetation. Guests who look closely behind a tall reedy fern can spot a Hidden Mickey shown in profile.

6. The Twilight Zone Tower Of Terror

Guests who are brave enough to enter into the Hollywood Tower Hotel can experience the thrilling Twilight Zone Tower of Terror which invites them to board an evil service elevator and put themselves at the mercy of the tower. At one point during the attraction, the elevator begins to move forward through The Twilight Zone and suddenly enters into pitch blackness after a swirl of stars converge into a central point ahead. Guests who look very quickly at the converging lights can spot a very difficult Hidden Mickey just before the lights disappear.

5. Under The Sea – Journey Of The Little Mermaid

Another difficult Hidden Mickey can be found on the queue of Under the Sea – Journey of the Little Mermaid but only once a year! While walking through the queue before entering into the indoor portion and room with Scuttle, guest move past a series of caves and caverns with plenty of intricate rockwork and shadows. Each year on November 18th (Mickey’s birthday!), the sun shines through in just the correct way around noon for one of the holes in the rocks to cast a shadow of a perfect classic Hidden Mickey.

A Hidden Mickey that experts love finding in the Magic Kingdom can be found on the world famous Jungle Cruise. While exploring the exotic rivers and jungles of the world, guests move through a collapsing temple filled with tigers, treasures, and mystery. Just before exiting the temple, guests can look to the left side of the boat and focus on the third pillar from the temple exit. This pillar features a large portion of rockwork chipped off which forms a Hidden Minnie in near profile.

A thrilling attraction in Disney’s Animal Kingdom that invites guests to enter into the Forbidden Mountain and come face to face with the fabled Yeti is also home to several Hidden Mickeys. One of the most difficult to spot can be found by expert guests in the final room of the queue before the loading area. Guests should look for a framed photograph of a woman listening to a radio and wearing blue. To her left in the woodwork behind her is a hard to spot Hidden Sorcerer Mickey.

An attraction in the Magic Kingdom which is a favorite of many guests is the beloved Haunted Mansion. Inviting guests into Gracey Manor to meet its nine hundred and ninety nine happy haunts, the attraction is home to several spooky Hidden Mickeys. While moving through the classic graveyard scene featuring the song “Grim Grinning Ghosts” and just before entering into the crypt with the hitchhiking ghosts, guests should look behind their Doom Buggies on the right hand side. There they can spot a crypt with a ghostly grim reaper with one arm stretched high above his head. In his hand is a classic Hidden Mickey.

1. Be Our Guest Restaurant

Be Our Guest Restaurant invites guests to dine in opulence inside of the Beast’s Castle. With three rooms inspired by the classic animated film Beauty & the Beast, the restaurant serves up traditional French cuisine with a few Hidden Mickeys scattered throughout. A difficult one to spot can be found on the ceiling of the Ballroom hidden amongst the clouds. Near the edge of the cloud filled mural, guests can find a Hidden Minnie in profile featuring her large bow shaped by pink clouds around her. 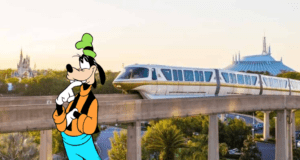 Walt Disney World’s Opening After Hurricane Ian: What You Need to Know