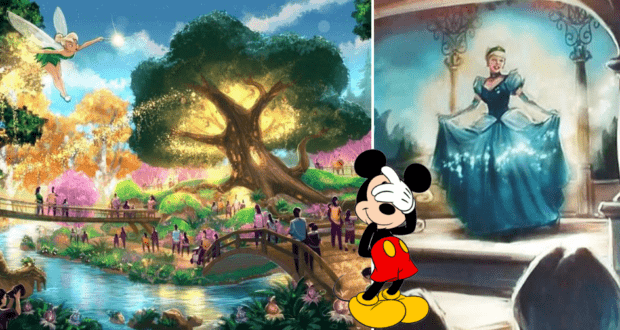 The New Fantasyland Attractions That Disney Planned But Never Built

With the 2022 D23 Expo behind us, Disney fans have been buzzing about the “Blue Sky” proposals that were shared briefly during this year’s Parks panel. During the panel, fans were asked to consider what could lie beyond Big Thunder Mountain Railroad in Frontierland and how just perhaps that land could be home to characters from Coco (2017), Encanto (2021), and even Disney Villains.

Of course, these suggestions were just that, and none of these expansions have been confirmed. If they do eventually come to be, however, they would make up the largest expansion in Magic Kingdom history. Until then, this Disney Park has already undergone its largest expansion yet with the opening of New Fantasyland in 2012.

New Fantasyland was first announced at the 2009 D23 Expo by then Walt Disney Parks and Resorts Chairman Jay Rasulo who confirmed that the internet rumors were true that plans for an expansion of Fantasyland in the Magic Kingdom were in the works.

During the panel, Rasulo shared the first details and initial concept art for the entire New Fantasyland project including an additional Dumbo spinner and new, technologically advanced queue system that would allow parents to sit down and children to play while waiting to ride the attraction, Beauty and the Beast-inspired theming, including Be Our Guest Restaurant, Pixie Hollow, which would shrink Guests to the size of a fairy to visit Tinker Bell, and enhanced meet and greet experience for Cinderella, Aurora, and more. 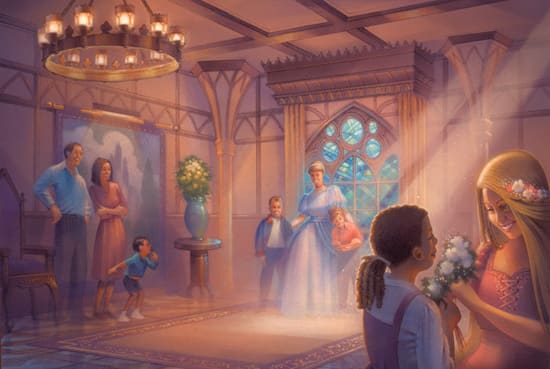 RELATED: How Disney World Could Bring Back Mr. Toad’s Wild Ride in a Brand New Way

The official announcement for New Fantasyland impressed Guests following along with news out of the D23 Expo, but it did not take long for fans at home to begin questioning some of the updates. With dedicated meet and greets at countryside chateaus for multiple Disney Princesses, plus the focus on Beauty and the Beast, and Tinker Bell, fans began to express two perceptions of the project.

One was that the new expansion would be so geared toward young girls, with few experiences of interest to boys or the whole family. And the other was that New Fantasyland would essentially be made up of character meet-and-greets, and while those are always welcome at Disney Parks, fans would prefer to see rides if given a choice. 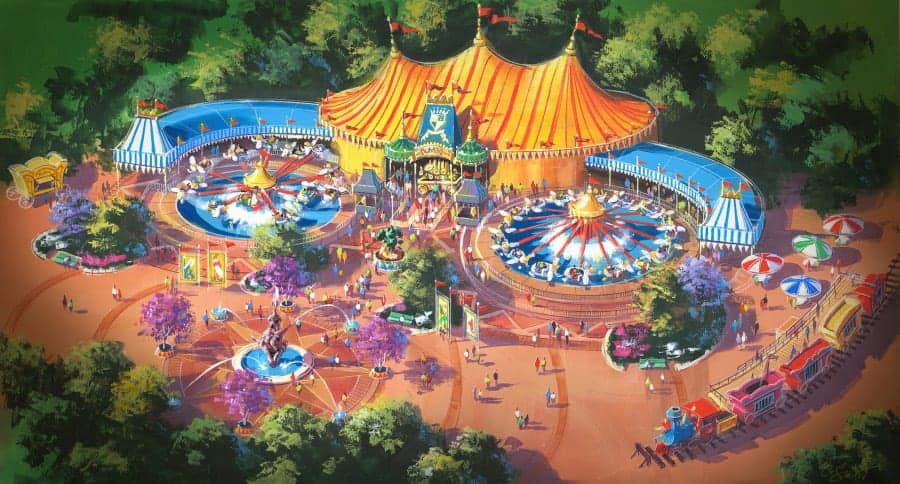 A lot changed with the New Fantasyland expansion from the early concepts for the land to what we see when visiting the Magic Kingdom today. And, for all that was left unbuilt, some last-minute additions were noteworthy in themselves.

The first of the unbuilt attractions was Cinderella’s Chateau. This attraction would have used immersive storytelling to add to the traditional Disney character meet and greet experience similar to what Guests would see at Enchanted Tales With Belle today. In short, the experience of going through the chateau to meet Cinderella would have included Guests in the story, culminating in Guests seeing the princess transform into her iconic ballgown. 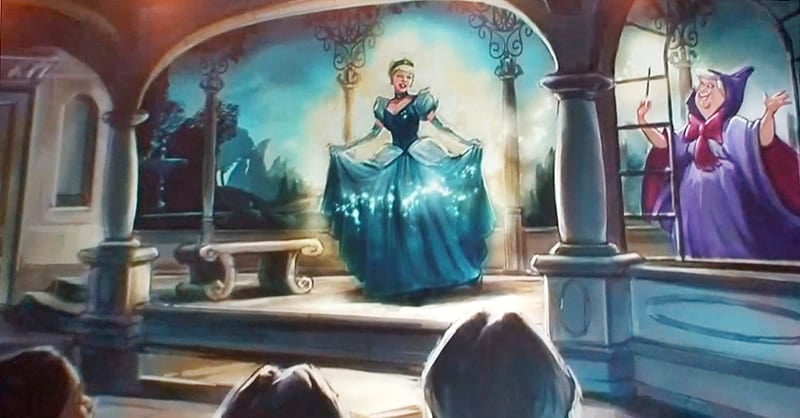 Along with Cinderella, Guests would have had a similar interactive experience with Aurora from Sleeping Beauty (1959) Of course, these experiences did come to fruition, just in an all-new way as part of Princess Fairytale Hall. There are pros and cons to both concepts, but ultimately Princess Fairytale Hall allows Guests to meet two princesses (or four if they hop in line twice) under one roof.

Other attractions that did make it into New Fantasyland include Under the Sea: Journey of the Little Mermaid and the Dumbo expansion that went on to cover all of the former Mickey’s Toontown Fair that was originally set to be Pixie Hollow. Be Our Guest Restaurant, Gaston’s Tavern, and the additional shops and theming in the Beauty and the Beast area were also in the original plans. But let’s go back to Pixie Hollow… 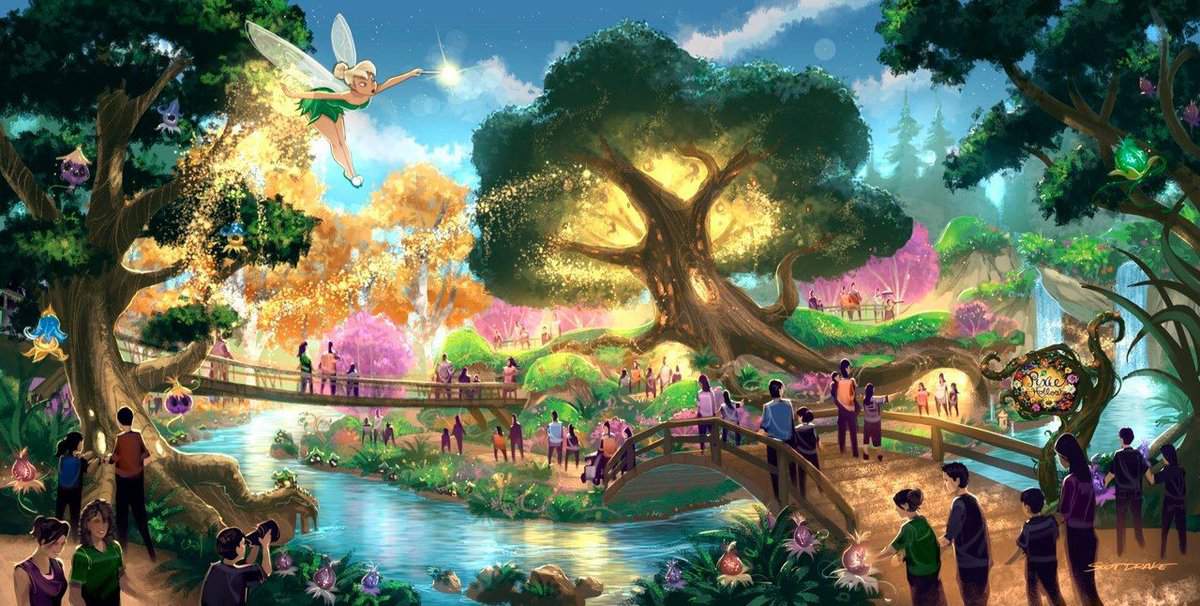 This mini-land would have opened up in a portion of the former Mickey’s Toontown Fair, leaving the rest of the area to the Dumbo expansion. Pixie Hollow, as explained during Disney’s initial announcement, would have shrunk Guests down to the size of a fairy so they could interact with Tinker Bell and the other pixies from her film franchise. If you have visited Disneyland, we imagine the concept would have been similar to the Pixie Hollow area where Tinker Bell still greets Guests today, perhaps just on a grander scale. Of course, in place of Pixie Hollow, Tinker Bell later greeted Guests in a similar-themed setting inside Town Square Theater until the meet and greet ended with the Park’s 2020 closure.

There is one New Fantasyland attraction that was not in the original plans for the land, that eventually became one of the most popular rides in the Magic Kingdom: Seven Dwarfs Mine Train. This attraction was not announced until 2011, and would not open until the final stage of New Fantasyland’s opening in 2014, but it eventually became the flagship attraction of the land. Noted for its use of advanced ride vehicles that swing like mine cars, and for its place as one of the best family-friendly coasters, on top of the re-use of select props from the original Snow White’s Scary Adventures attraction. 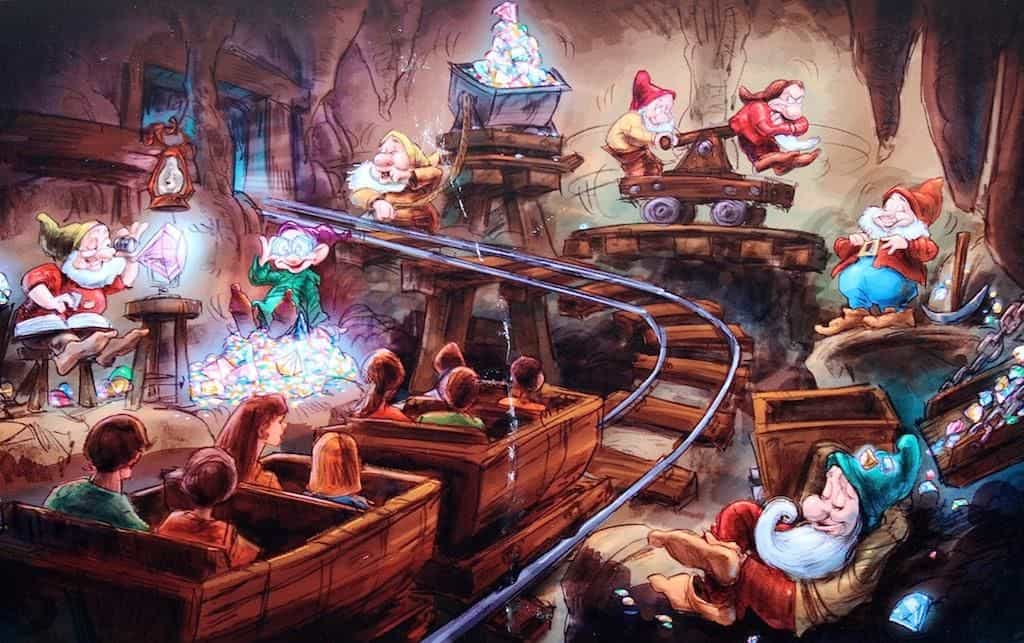 There is a final attraction or well… “marketing strategy” that we have yet to touch on that only sort of debuted with New Fantasyland, never to be seen again. That “attraction” is the infamous dragon. Throughout the promotions for New Fantasyland Disney heavily pushed a storyline focused on catching sightings of a free-flying dragon that would make its debut with the Park expansion. There was even an official Disney Tumblr page devoted to dragon sightings (it was 2009-2012, after all.)

The dragon did offer an incredible sight as it flew over the Magic Kingdom. The only problem was that it was only used in several marketing campaigns and at the official grand opening for New Fantasyland, so most Disney fans never had a chance to see the dragon they had heard so much about. 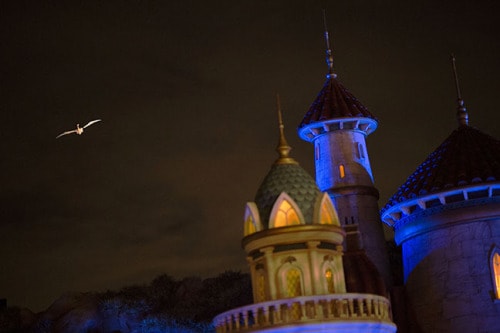 The confusion and subsequent disappointment over the dragon not being a regular part of New Fantasyland have been recognized by Disney, so the company seems to have noticeably stayed away from the excess promotion of experiences that most Guests will never see. Even when the opening of Star Wars: Rise of the Resistance included free-flying X-Wing drones over Star Wars: Galaxy’s Edge, the spectacle was at least a surprise to most and not the culmination of a persistent social media and marketing push.

Despite its challenges and “too many princesses,” New Fantasyland remains one of the greatest and most detailed expansions at the Walt Disney World Resort to date, and we could easily spend hours walking around and taking it all in. (We’d love to see that dragon someday, though!)

2022-09-24
Brittany DiCologero
Previous: Monorail vs. Ferry Boat: Which Way Gets You to the Magic Kingdom Faster?
Next: After 5 Years, Disney Finally Acknowledges TRON With New Milestone