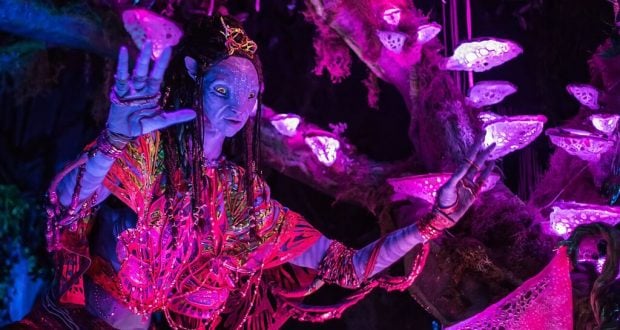 Understanding The Tier System For FastPass+ At Walt Disney World

FastPasses+ have made it much easier to ride your favorite Walt Disney World attractions with minimal waits, by reserving a time in advance, arriving at your appointed time and skipping the lines. You can reserve three FastPasses+ for each day you’re in a theme park. But you can’t necessarily pick all three of your favorites in the same day, because of Walt Disney World’s tier system. Read on to find out more about this system, and some tips to still get on popular rides without a FastPass+!

To make sure that all guests have a chance to experience the most popular theme park rides, Walt Disney World has a tier system in place at most of its parks.  Attractions are considered either “Tier 1” (“A”) or “Tier 2” (“B”), and you’ll only be able to pick one FastPass+ in the Tier 1 group per day, and the remainder of your FastPasses+ from the Tier 2 group.

This is the only park that does not have a tier system in place, meaning you can choose any of the rides in this park for your FastPasses+!  Of course, this really makes your selection more difficult, as there are more options open to you.

Tier 1 attractions at Epcot include Frozen Ever After, Soarin’, Test Track, and Epcot Forever.  Tier 2 rides are Disney & Pixar Short Film Festival, Journey Into Imagination with Figment, Living with the Land, Mission: SPACE, Spaceship Earth, The Seas with Nemo & Friends and Turtle Talk with Crush.  We’ve never needed a FastPass+ for Epcot Forever, so we’d recommend getting your Tier 1 FastPass+ for Frozen Ever After; then, arrive first thing in the morning to do Test Track before the lines get bad, and wait in line for Soarin’, which has increased capacity and lower wait times since its renovation.  Spaceship Earth, The Seas with Nemo & Friends, and Mission: SPACE are all decent choices for Tier 2 FastPasses+.

At Hollywood Studios, FastPass Tiers have recently changed with the opening of Galaxy’s Edge. The three Toy Story Land attractions (Slinky Dog Dash, Alien Swirling Saucers, Toy Story Mania), Rock ‘n’ Roller Coaster, and Tower of Terror are on Tier 1. Tier 2 attractions now include Beauty and the Beast: Live on Stage, Fantasmic!, For the First Time in Forever: A Frozen Sing-Along Celebration, Indiana Jones Epic Stunt Spectacular!, Muppet Vision 3D, Star Tours – The Adventures Continue, Disney Junior Dance Party, and Voyage of the Little Mermaid.  You’ll probably want to grab a Tier 1 FastPass+ for Slinky Dog Dash, as its lines can get pretty excessive! FastPasses+ aren’t necessary for Fantastmic! or Beauty and the Beast in our opinion. Rock ‘n’ Roller Coaster is quick to get on if you use the single rider line. Star Tours is a good option for your Tier 2 FastPasses+, as we’ve seen long lines at this attraction. Keep in mind, while Millennium Falcon: Smuggler’s Run is the most popular attraction in the park, it does not have a FastPass option. It does have a single rider line however.

This is where your FastPass+ selection process really gets difficult, because of the popularity of the new Padora – World of Avatar area!  Both of Pandora’s rides (Avatar Flight of Passage, and Na’vi River Journey) are Tier 1 attractions, meaning you’ll only be able to pick a FastPass+ for one per day.  If you’re lucky enough to snag one, definitely get a FastPass+ for Flight of Passage, as wait times can reach more than five hours for this ride.  Whichever Pandora ride you don’t have a FastPass+ for, we’d suggest arriving first thing in the morning, and/or taking advantage of Extra Magic Hours, if you’re staying on property; this is when lines will likely be at their lowest.  Tier 2 rides at Animal Kingdom are DINOSAUR, Expedition Everest – Legend of the Forbidden Mountain, Festival of the Lion King, Finding Nemo – The Musical, It’s Tough to be a Bug!, Kali River Rapids, Kilimanjaro Safaris, Meet Favorite Disney Pals at Adventurers Outpost, Primeval Whirl and Rivers of Light.  Our picks for our remaining two FastPasses+ are always Expedition Everest (unless you’re ok with the single rider line!) and Kilimanjaro Safaris, both quite popular attractions with longer lines than you’ll want to stand in!

Make sure you reserve your FastPasses+ as soon as you can (30 days in advance, or 60 days prior to check-in if you’re staying on property).  Don’t forget the single rider lines, and take advantage of Extra Magic Hours, when lines are shorter.  Arriving at rope drop can give you a leg up on other guests.  And if all else fails, just enjoy the spectacular themed queues Disney Imagineers have cooked up for you while you wait!