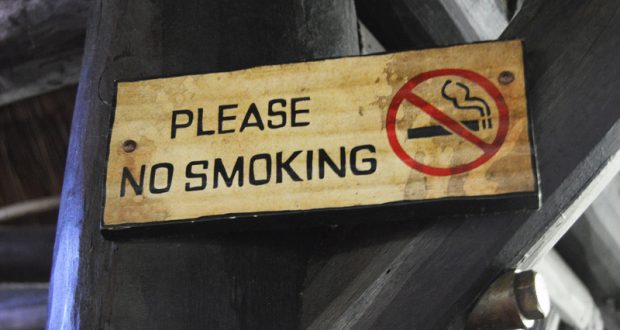 There have always been designated smoking areas at Walt Disney World, but it appears that there was a need to introduce smoking area maps to help remind guests of the designated areas and rules.  Over this past weekend, Disney placed large maps on stands around Epcot with the designated smoking areas called out, leaving guests with fewer excuses for not knowing where to find a smoking location if they need one.  The only park to receive the maps so far is Epcot.  We aren’t sure exactly what prompted this, but we suspect that this could be preparation for Epcot’s International Food & Wine Festival coming up, which will bring an increased amount of guests to the park, including a large number of guests who will be enjoying alcoholic beverages.

These smoking sections can also be found in the park maps for all of the theme parks.  All of the Walt Disney World theme parks, restaurants, resorts, recreational activities, etc. are considered to be non-smoking unless in a specified area for smoking.  There are guests that ignore or aren’t aware of this.  If they are caught smoking outside of a designated area,  a cast member will ask them to put out their cigarette and move to a smoking area.  Disney takes this very seriously.  The vapor cigarettes are also only allowed to be used in designated smoking areas as well.

Has anyone seen the signs around Epcot yet?