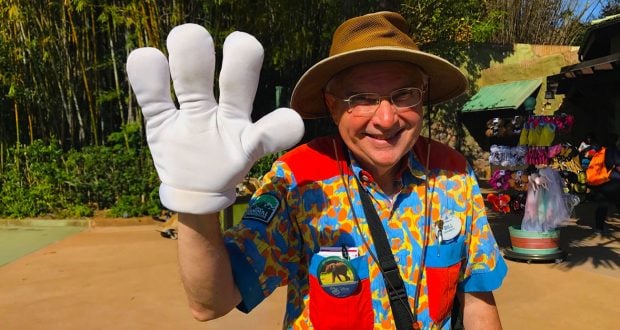 New Year’s Resolutions are overrated, so we usually don’t bother to make them anymore.  All too often, the temptation is to make grandiose plans for changes that aren’t realistic, setting you up for failure a week or two into January.

But what about Disney-themed New Year’s resolutions?  We can see ourselves being excited about those for months to come – and what better way is there to enter a New Year than to think about Disney magic?

Visit a New Disney Park (in Person or Virtually)

Maybe you’re a Guest who visits Walt Disney World every year, but you’ve never visited California – it could be fun to switch it up, and head to Walt’s original Park, Disneyland, which opened back in 1955 in Anaheim.  Or perhaps you’re thinking of an international vacation in 2022 – why not try out Disneyland Paris, Shanghai Disneyland, Tokyo Disneyland or DisneySea, or Hong Kong Disneyland?

All Disney Parks worldwide have now reopened, and experiencing other cultures as interpreted through Disney Parks is a great New Year’s resolution!  Of course, the pandemic is still with us, so traveling abroad may not be in the cards for everyone.  Thankfully, you can also explore all of these parks virtually in the New Year, and make plans for the future!

If you’ve never looked for Hidden Mickeys in Walt Disney World, you’re missing out!  A Hidden Mickey is a shape of Mickey that is worked into the background. If you see a large circle with two smaller circles that looks like the world’s most famous mouse, you’ve found one.

Rumour has it that there are thousands of Hidden Mickeys of various sizes throughout Walt Disney World property (although it’s hard to know for sure, since Disney has never released an official list).  They might be well-hidden or more obvious.

Hidden Mickeys could be lurking in the pattern of a floor tile at your table service restaurant, in a Disney store display, or even in a scene of your favorite attraction.  Guests can consult unofficial lists that have been compiled online, but a more fun New Year’s Resolution is to challenge your family to see who can spot the most Hidden Mickeys on your next Disney vacation!

With so many quick service restaurants and table service restaurants in Walt Disney World, it can be overwhelming to figure out where your next meal is coming from.  But rather than just relying on your tried-and-true favorites, why not make it a New Year’s Resolution to try a new restaurant or two on your next Disney trip?

This could be a restaurant that’s recently opened, like the much-hyped Space 220 Restaurant in World Discovery at Disney’s EPCOT, Steakhouse 71 (formerly The Wave at Disney’s Contemporary Resort), or La Creperie de Paris in the France Pavilion at Disney’s EPCOT.  Or it could simply be a new-to-you restaurant you’ve always wanted to try.

Stay at a New Resort

If you’re a frequent Guest at Walt Disney World, you may well have a favorite Resort you like to stay at while vacationing in Central Florida.  But for your New Year’s resolution, why not commit to trying a new Resort next time?

Disney’s newest Resort is the gorgeous Riviera Resort in the EPCOT Resort Area, and although this is a Disney Vacation Club property, you don’t have to be a DVC member to stay here.  You could also try a Disney Resort that’s just new to you – and the best way to discover new prospective Resorts is to go Resort Hopping and check them out for yourself!

Plan Some Activities Outside of the Parks

Most Walt Disney World Guests come to Florida for one main reason: the Theme Parks!  But there are some amazing activities that many Guests miss out on if they spend all their time in the Parks.  A great New Year’s resolution is to plan some family activities outside of the Parks on your next trip.

Start with your Disney Resort Hotel – all Disney Resorts have complimentary activities like campfires and movies under the stars that Guests can enjoy.  But, depending on where you’re staying, you may have access to much, much more: horseback riding, archery, fishing, art classes, and carriage rides are just a few of the offerings you might find.

And don’t forget Disney Springs, where there’s a never-ending array of fun activities for the whole family to enjoy!

It’s easy to get caught up in our problems and things that aren’t going the way we’d like in our lives, and forget to appreciate all of the things that are going well, and that we’re thankful for.  So an important New Year’s resolution is to practice gratitude, every day!  The Disney twist on this resolution?  Thanking Cast Members that go above and beyond.

There are a few ways to do this.  Guests can simply verbally thank Cast Members, of course, which can go a long way.  You can also visit Guest Relations and leave compliments for specific Cast Members (make sure you take note of their name!), or send an email later.  Finally, take to Twitter, and tag @WDWGuestService and use #castcompliment to send thanks to a Cast Member who made your day extra magical!