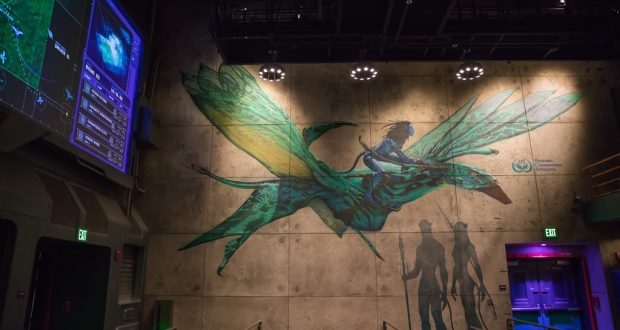 Any list of overrated attractions at Walt Disney World is bound to be contentious, as every ride has its ardent fans as well as its detractors.  And really, there is no bad ride on property – it’s WDW, after all!  Here are a few of the rides we consider to be overrated in the parks, for various reasons.  Which would make it on your list?

There’s nothing wrong with Toy Story Mania in Disney’s Hollywood Studios, per se – it’s a fairly fun shooting game featuring characters from Toy Story (the queue, featuring gigantic retro toys, is in our opinion better than the ride itself).  However, it never feels quite worth the typically lengthy wait times, and there IS another similar game on property (Buzz Lightyear’s Space Ranger Spin at Magic Kingdom) with only a fraction of the wait.

This one is bound to be divisive, based on the fact that guests have regularly waited upwards of five hours in line to experience it.  And granted, the preshow and queue are wonderfully themed, and it is pretty cool to feel the simulated breath of the banshee beneath you.  But motion sickness prevents a lot of guests from enjoying this simulator ride (I had to keep closing my eyes at intervals to avoid being sick), plus the restraints don’t accommodate many body types, and the test seat at the entrance doesn’t include the restraints.  Even if you aren’t asked to leave due to restraints not fitting properly, Avatar Flight of Passage is certainly not worth waiting for hours to ride.

Space Mountain may be an iconic Disney World ride, but it’s another thrill ride that just isn’t worth it for many guests (including yours truly).  Squishing into a ride car that is uncomfortable even for people of average height and size can be a nightmare for many guests, and things don’t get a whole lot better from there.  Sure, there are thrilling drops and turns, but the ride is so jerky that you may end up with bruises for your trouble.  And since most of the attraction takes place in the dark, you won’t even be able to see anything to make the experience worthwhile.  Once is more than enough for this overrated Tomorrowland ride!

I rode Rock ‘n’ Roller Coaster exactly once, and since then, I’ve made my partner ride this popular attraction solo.  Don’t get me wrong – fans of rock and roll and Aerosmith in particular will no doubt love the rock-themed queue and preshow, and the hit songs blaring in your ear during the ride.  And that legendary start to the ride, 0 to 57 miles per hour in just a couple of seconds?  Impressive, as are the inversions, corkscrew and loops throughout the ride.  But all of this adds up to a migraine for a lot of guests, without enough of a payoff, and with a ride that’s often way too long.  If you do ride Rock ‘n’ Roller Coaster and you’re at all prone to headaches or motion sickness, make sure you ride at the end of your day!

A state-of-the-art masterpiece when Walt Disney designed the original for the 1965 New York World’s Fair, It’s a Small World in Disney World’s Magic Kingdom has not exactly aged well since it opened in 1971.  If you’re somehow unfamiliar with this iconic attraction, it’s a boat ride around the world where animatronic children representing different cultures sing the ride’s titular song, which – fair warning – will torture you for hours after the ride ends.  It’s worth seeing once, especially if you’re interested in Walt’s pioneering work, and the beautiful authentic costumes from across the globe – but once will be enough.  The ride is in desperate need of an update, although one guest’s recommendation that it’s a “great napping ride” is definitely in its favor!

I struggled with this one, because I’ve thoroughly enjoyed designing and testing my own vehicle at Epcot’s Test Track in the past.  But with that element removed for now due to the pandemic, what remains is admittedly somewhat overrated.  The ride itself is short and not particularly thrilling compared to other options in the park, so if lines are long, don’t feel bad about skipping this one.

Every time we pass Peter Pan’s Flight at Disney’s Magic Kingdom, the line is unbelievably long, often longer than anything else in the park.  We get the appeal of childhood nostalgia, but is this classic attraction really worth the wait, especially compared to all of the other amazing attractions you could be riding instead?  Meh.  It’s kind of cool to ride a “flying” ship over scenes of London and Neverland laid out below you, but the short ride compared to wait time and basic technology (static figures and really simple animatronics) will leave guests accustomed to the sophistication of Disney’s newer rides wanting more.

How could an attraction in Star Wars: Galaxy’s Edge make a list of most overrated attractions?  Well, Smuggler’s Run is something you’ll want to do once, especially if you have a Millennium Falcon fan in your party!  But you’ll probably feel no need to return, as the ride itself can feel underwhelming compared to the queue and preshow (especially if you don’t wind up as a pilot; pilots have the most to do and are closest to the screen).  And of course, Smuggler’s Run simply can’t compare with its neighbor, Rise of the Resistance – then again, it’s probably unfair to make that comparison in the first place!