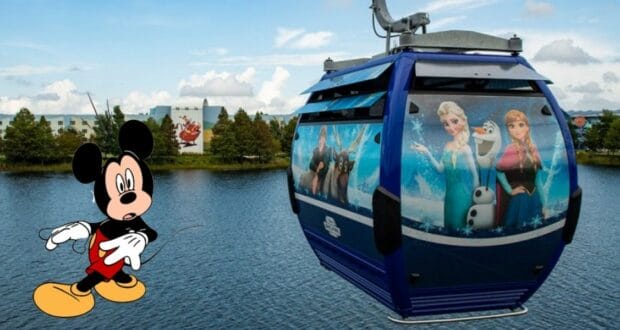 The Disney World Skyliner is one of the most convenient ways to travel between Disney Parks and other select locations around the Resort. The Disney Skyliner is an aerial gondola that will take you between EPCOT and Hollywood Studios Parks, as well as Disney’s Riviera Resort, Disney’s Caribbean Beach Resort, Disney’s Pop Century Resort, and Disney’s Art of Animation Resort.

A flying metal box suspended above the Parks and busy roads below isn’t everyone’s cup of tea, and since the Skyliner’s opening in 2019, we have already seen some minor accidents and maintenance issues that have left some Guests stranded inside of their gondolas. 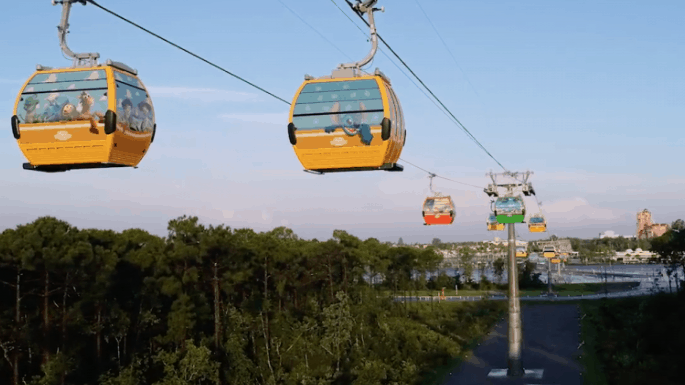 Luckily, Disney has planned ahead and anticipated potential disruptions by including an emergency box located underneath the seats. We have learned of this emergency box before when one of our own was actually stranded in the Skyliner once. The box contains water, ice packs, a whistle, and some “waste bags”. While it’s likely the bags are there in case someone inside develops motion-sickness from the potentially intense rocking of the gondolas, a viral TikTok video from @queertoilet now claims that they could be for something else.

Well…that certainly is one possibility for these bags, which honestly frightens us a little bit. There is now a bit of debate as to what the purpose of the bags actually is although audiences on social media are quick to jump on the train of the idea that they are not motion-sickness bags.

In October of 2019 the Disney World Skyliner broke down for over 3 hours, and the fire department had to get involved to execute an evacuation. Needless to say, it’s a good thing they do have these emergency boxes, for a worst-case scenario situation.

Accidents and maintenance issues aren’t that common on the Disney Skyliner, and since the opening in 2019 a lot of kinks have been worked out. But, At the end of the day, it’s ultimately appreciated that Disney has thought to include these emergency boxes. But hopefully, they won’t need to be used.