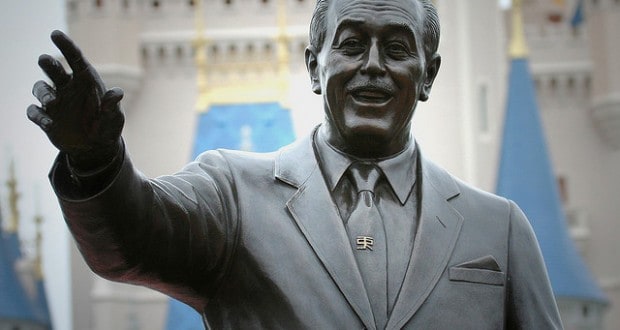 It’s beginning to look a lot like Thanksgiving! November always brings with it the hope of a renewed attitude of thankfulness and gratitude for little things, big things, tangible and intangible things. If we really took the time to list the things in our lives for which we are thankful, surely no single sheet of paper could hold the proverbial cornucopia of blessings in our lives.

10. Annual passes with no blockout dates.

Both of these passes entitle the bearer to unlimited visits to all four Disney World theme parks, the Park Hopper option, Disney’s PhotoPass, zero blockout dates, a 20% discount on select dining and merchandise and free parking at all four theme parks. In addition to these entitlements, the Platinum Plus Pass is good for unlimited visits to Disney’s two water parks, admission to the ESPN Wide World of Sports complex and Disney’s Oak Trail Golf Course. No more being limited to only 10 days in the parks on one ticket before having to purchase a brand new ticket. This is especially valuable to non-Florida residents who visit the parks once or twice each year and for an extended time. And no blockout dates mean that the bearer can schedule visits to the parks (even during summer and holiday seasons) around his or her family’s availability, without the worry of the pass being invalid on certain days of the year.

Even though EPCOT has been at Walt Disney World for 35 years now, it often remains the under-appreciated park. Guests who are unfamiliar with the parks sometimes skip EPCOT or make it their last choice for which park to visit. After all, what fun could anyone have learning about communication and the countries of the world? Isn’t that what social studies and geography classes are for?

That viewpoint couldn’t be more wrong. As with all things Disney, no matter the subject, there’s a spark to it! Disney Magic makes can take the mundane and make it magnificent. It takes the potentially boring and makes it positively brilliant! And it takes the sometimes uninteresting and makes it unbelievable! Have you ever wanted to hang glide over the Great Wall of China? You can at EPCOT. Have you ever dreamed of boarding a Norwegian vessel and visiting Arendelle? Thankfully, you can at EPCOT.

How on Earth would we make the long journey from the Transportation and Ticket Center to the gates of the Magic Kingdom without the beloved monorail? And with no monorail, park-hopping from Magic Kingdom to EPCOT would take more time. And when would you get that “welcome home” feeling you have when seeing Cinderella Castle for the first time since your last time, if not for a window seat on the monorail? And where else would my son, who has autism, get the fabulous feeling from traveling high above the grass and trees on the way to Magic Kingdom? So thankful am I for the monorail. So very thankful.

I would like to offer a word of thanks to the late President Dwight D. Eisenhower for the work done to bring about the U. S. Interstate Highway system under his administration. Why? These wonderful highways and bi-ways are the reasons all of us out-of-staters can get to our beloved Disney World via automobile.

I’m so thankful for the opportunity for children of all ages to visit Walt Disney World and have their dreams realized. Children’s fantasies become reality thanks to the genius of Disney. They can meet their heroes in real life. Princes and princesses walk about in front of them, giving hugs and signing autographs. And Mickey himself talks and calls everyone “pal.” How cool is that?

Hats off to those Cast Members who go so far out of their way to make each Guest’s experience at the parks as flawless, seamless and happy as possible. Customer care and service at Disney World is second to none. It’s seen in the cleanliness of the park. It’s felt in the sincerity of the Cast Members’ willingness to assist Guests with any number of things, from trouble with a crazy misbehaving Magic Band, reuniting lost parents with their little ones, upgrading tickets and so much more.

Bonus points for those Cast Members who always smile in the 95-degree summer heat, the ones who are still genuinely cheerful at park closing and those who get creative when making a Guest’s dream come true, however big or small that dream may be.

The Disability Access Service Pass is one of the things at Disney for which my family and I are most thankful. It’s truly magical in that it makes it possible for a person with certain disabilities and his or her family to enjoy all that Disney World has to offer, and in a way that is most comfortable and most enjoyable for the person with a disability. The DAS Pass allows a person with certain disabilities to reserve a time for an attraction and return later to enjoy that attraction. It works for most attractions in the parks, and it takes away the waiting time for someone who may have difficulty waiting for an attraction because of a disability, including disabilities that are not always apparent to others. This includes such disabilities as Autism. For my family, it makes it possible for my son to enjoy attractions without the overstimulation that can sometimes arise from a long wait time or a loud or overly “busy” queue. For more information on the DAS Pass, visit https://disneyparks.disney.go.com/blog/disney-parks-disability-access-service-card-fact-sheet/.

Have you ever wondered “how’d they do that?” at Disney World? Have you ever wondered who’s behind all the brilliant attractions, rides, shows and other entertainment at the parks? And have you ever wondered where the brilliance and brains comes from that’s behind the amazing attention to detail in each attraction? Allow me to introduce you to Disney Imagineering. This department within the Disney empire, which couples imagination with engineering, is largely responsible for dreaming up new attractions that continually make the impossible possible and fantasy reality and seeing them through to their completion. Did you love visiting Pandora at Animal Kingdom? Thank the Imagineers. Looking forward to Toy Story Land? Thank the Imagineers. Disney World wouldn’t be Disney World without them.

Find a Disney fan, and you’ll usually find someone who’s also completely enamored with the person of Walt Disney. His genius and greatness were noticeable during his lifetime, but I daresay it’s only posthumously that he has received the appreciation he deserves. Can you imagine a world without Disney? No Disney movies. No Disneyland. No Disney World. No Mickey. No Minnie. No Disney Channel. Childhood would be totally different. Central Florida might still be swampland. Wow! Enough of that! It’s no fun to imagine a world without Disney! I’m so thankful we don’t have to!

What about Disney World are you most thankful for? It’s hard to make one list with only 10 things, but here’s hoping I’ve touched on some Disney things for which you’re thankful also!