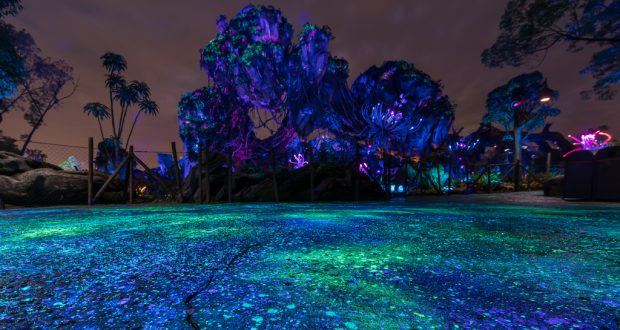 With Walt Disney World approaching it’s 50th anniversary, ten years at the park seems like a drop in the bucket.  But over the past ten years, Walt Disney World has transformed in a number of ways that make the park experience very different than it was a decade ago.  If you’re planning your first trip to Disney in ten years, or you’ve only started visiting recently, you may be surprised by some of the differences from 2010 to the present!

The introduction of Magic Bands is one of the most significant changes to the visitor experience at Disney World in the last ten years.  This electronic system that allows your wristband to hold your ticket info, Fastpass+ reservations, and even charging privileges and room key (if you are staying on property) has created a really streamlined guest experience.  I love not having to carry a wallet with cash or cards to pay for meals and souvenirs and not having to keep track of room keys.  And being able to scan your Magic Band for photopass photos makes using that service a lot easier!

2. The evolution of Fastpass+

While the Fastpass concept has been around since last century (1999 to be exact), it has evolved really significantly in the past 10 years.  Disney shifted from using a paper fastpass system where you had to take whatever time you were given, to an electronic system where you can choose your times for each ride.  They also moved from a system where you had to choose your Fastpass on the day of while you were in the park to one where you can choose them up to 30 days in advance as long as you have a park ticket (60 days in advance if you are staying on property).  These changes are more than just technical – they have changed the way that guests plan their trips, making pre-planning which park to go to each day and what order to do things almost a requirement.  While some people love the system, others miss the old days when it was easier to be flexible and make plans on the fly.  Either way, it will be interesting to see how the Fastpass+ system evolves in the next ten years.

While it still contains many of its classic rides like It’s a Small World, the Carousel, the tea cups and more, Fastasyland has undergone quite a transformation over the past ten years.  The land has almost doubled in size, adding a number of attractions and a lot more space for guests to spread out.  Dumbo was moved to the new Strorybook Circus area (with the addition of a second Dumbo ride and indoor play/waiting area) where the Barnstormer, splash pad, and character meet and greets were added.  An entire new section was added to create space for Ariel’s Grotto and the Under the Sea ride, as well as Enchanted Storytime with Belle and the Beast’s castle with the much-in-demand Be Our Guest restaurant.  And don’t forget the addition of one of Disney’s most popular attractions – the Seven Dwarfs Mine Train!  All of the added attractions do seem to have lessened the crowds in the original section of Fastasyland and helped to spread guests out more, making for a more pleasant visit to the Magic Kingdom!

Epcot has always been one of my favorite places to eat, but in the past ten years they have greatly expanded their restaurant options to keep up with demand for table service meals.  The Italy pavilion has seen the addition of Via Napoli Ristorante e Pizzeria as well as it’s wine cellar Tutto Gusto.  Katsura Grill replaced Yakitori House in Japan, while France added signature dining with Monseieur Paul.  And in Mexico, the old favorite San Angel Inn got a sister table service restaurant on the water, La Hacienda de Sangel.  With how popular the dining plana and table service dining has become at Disney World, it’s great to see all of these additional options!

One of the biggest changes at Walt Disney world in the past decade has been the transformation of Hollywood Studios.  This is a change that’s still in process, and while it makes many of us long-time visitors kind of sad, it will be really interesting to see how the park continues to evolve in the next ten years.  In the past decade the park has really shifted from an experience-based park focused on celebrating classic Hollywood to a more traditional theme park with nods to more current movies.  The openings of Toy Story Land and Star Wars Land have been huge highlights, but the transformation has come at the expense of losing classics like The Great Movie Ride, the Honey I Shrunk the Kids playground, and the Studio Backlot Tour.  Personally I miss the nostalgia of the old Hollywood (and MGM) Studios, but am excited to see where Disney takes it from here.

The biggest change to come to Animal Kingdom in the past ten years was definitely the addition of Pandora, where guests are immersed in the oversized world of Avatar.  Even a few years in, its signature ride, Flight of Passage, continues to be one of the hardest rides to get a Fastpass+ for and draws some of Disney’s longest lines.  Pandora was also Disney’s first attempt at creating an immersive world where the normal signs of being at Disney, like mickey mouse ears, are absent and everything is themed around the world you are in.  This led the way for Star Wars land at Hollywood Studios, and it will be interesting to see if Disney continues to go in this direction.

The reimagining of Downtown Disney into the massive Disney Springs is another big change we’ve seen in the past ten years.  If you haven’t visited since back when it was just the Marketplace, you will probably be completely taken aback by the sprawling Disney Springs.  Even those familiar with Downtown Disney see huge changes – the transformation of the old Pleasure Island into The Landing with tons of new dining and shopping venues, the addition of Town Center, an upscale outdoor shopping mall, and enhancements to both the Marketplace and West Side.  There are enough restaurants at Disney Springs now that most guests could eat there each visit over the next decade and still not even scratch the surface, so I imagine its popularity will just continue to grow.

Believe it or not, if you entered a Disney park in 2009 there would be no Anna or Elsa anywhere!  Now you’ll find them at three of the four parks, with their own meet and greet and ride in EPCOT, their sing-a-long attraction at Hollywood Studios, and an appearance in the Mickey’s Royal Friendship Faire show at the castle in Magic Kingdom.  With the release of Frozen 2 in late 2019, these two princesses will continue to have a strong presence at Disney World for the next decade!

The Disney Vacation Club, Disney’s vacation ownership program, has been around since the 1990s, but the past decade saw some big additions to the DVC properties. Villas were added at the Grand Floridian in 2013, the Polynesian Villas and Bungalows opened in 2015, Wilderness Lodge’s Copper Creek Villas and Cabins joined the crew in 2017, and Disney’s Riviera Resort added in late 2019. In addition to growing the DVC program in general, these additions added a plethora of villas within monorail or boat access to the Magic Kingdom, which is always in demand.

Last on our list of Disney changes in the past decade, but certainly not least, is the introduction of the My Disney Experience App.  The app has changed the way that a lot of guests experience the parks, as you can check wait times, modify and add Fastpass+ reservations, and even pre-order food right on your phone.  The app didn’t do all of that when it launched in 2012, but Disney has continued to enhance it and add new features, and we imagine they’ll continue to do that in the coming years.  I can’t even imagine the technology they’ll have for us to use in 2030!