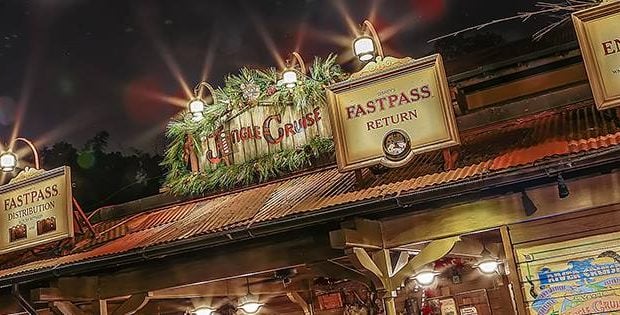 5. Seeing what’s still available without walking to the attraction

In the old days of Fastpass, you would generally not know if an attraction was out of Fastpasses unless you physically walked up to the attraction. Sometimes tip boards in the park would give it away, however in most cases you’d need to walk over to it. Back then, you’d rush over to Soarin only to see a sign that reads, “Fastpass distribution has ended for the day.” Today with Fastpass+, you can pull out your smart phone and see what attractions are available before you even arrive at the park, or at the specific attraction.

4. Ability to modify times or experiences

When Fastpass first came out, whatever time or experience you had a paper ticket for was what you had. Now, with Fastpass+, you can easily go about changing your plans on your smart phone. Through the My Disney Experience app, you can easily change the time, or even the attraction, without ever having to set foot in front of a ticket dispenser.

3. Having everything on a Magic Band

Magic Bands are so convenient in that you no longer need to dig for paper Fastpasses in order to enter an attraction through the Fastpass entrance. Prior to Fastpass+ you would have needed to keep track of a different paper Fastpass for each attraction, and there was nothing to back you up saying that you had a Fastpass if you lost it. (Now if you have any issues, you can at least pull up the app on your phone and show the cast member that you booked a Fastpass that way.)

2. Booking Fastpasses on a smart phone

With Fastpass+ you won’t find yourself running back and forth across the park retrieving Fastpasses, because all of this can be done on a smart phone or computer. Whether you choose to make Fastpass selections prior to or during your trip, Fastpass+ has completely done away with the old process of going to each attraction in hopes of getting a Fastpass.

1. Being able to choose specific times

The biggest plus side to Fastpass+ to me is that you can choose the specific times that you’d like to experience your three Fastpass attractions. Before Fastpass+, you had no choice in the time that you experienced those attractions, your Fastpass was simply for whatever the next block of time was. Now you can look at a list of available times, and choose the ones that work best for you.

5. Can be confusing for those who are technologically impaired

Because Fastpass+ is so dependent on electronic devices, the new system can be more difficult for those who are not so great with technology. For many of these guests, their best option is going to be making Fastpass selections from a kiosk in the park, however by doing this they’re missing out on some of the advantages, like not having to be at a specific place to make selections, and there might be limited availability the day of.

4. System has bugs from time to time

Although Fastpass+ has taken off at Walt Disney World, the system itself has a few bugs from time to time. If you’ve ever gone to use a Fastpass and the cast member alerts you that their screen is telling them you don’t have a Fastpass, but in actuality you do, then you’ve experienced some of what I’m talking about. If this happens, I’d recommend being patient and cooperative with the cast member, as the system is still new and touchy and he or she is simply doing her job by questioning you

3. Lack of benefits for shows

Many shows offer Fastpass+, but there is really little to no benefit to using it there. Most shows that offer Fastpass+ to guests let Fastpass guests inside a little bit earlier than standby guests. It’s generally not much earlier that it would make a huge difference to get a Fastpass for a show. And during later times, Fastpass and standby guests are seated at the same time, so having a Fastpass will really make no difference.

The tier system makes getting Fastpasses for more than one of your favorite attractions somewhat more difficult. While the reasoning for the system makes sense (because it re-distributes guests in a more efficient way) it can be annoying when you see that you can’t make Fastpasses for say both Na’vi River Journey and Avatar Flight of Passage at Animal Kingdom.

1. Some Fastpasses are unavailable before the day of

The worst thing about Fastpass+ is that if you try to make Fastpass selections the day you’re in the parks, your selections can be severely limited because so many people already chose their experiences ahead of time. I generally have not had any problems trying to get Fastpasses about a week or two out from my trips, but scoring the Fastpasses you want the day of can get quite tricky.