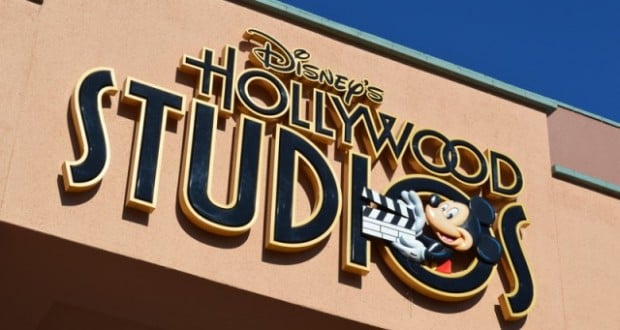 Hollywood Studios, in my opinion, is severely overlooked by Disney fans in the food department. While I’m admittedly not the biggest fan of many of the offerings at Hollywood Studios, I do have to admit that this park has some of my favorite snacks. For whatever reason (call me crazy, I’m not sure what it is), the funnel cake at the Oasis Canteen near the Indiana Jones show is the best funnel cake in Disney. Another favorite snack in Hollywood Studios is the slush from Sweet Spells, made by Goofy’s Candy Co.

4. Get the “Important” FastPasses

3. Don’t Miss the Citizens of Hollywood

The Citizens of Hollywood, who can be found all over the park, really add a lot to the atmosphere of Hollywood Studios. I’d also argue that they’re one of the most overlooked entertainment options in the park. Be sure not to overlook them, because they really do add to the old Hollywood Theming, and they’re skits are hilarious and entertaining. If you happen to see them, stop rushing off to another ride and stick around to watch them perform for a little bit.

Look at the Times Guide ahead of time and prioritize the nighttime events. Hollywood Studios offers two exceptional nighttime shows, Fantasmic! and Star Wars: A Galactic Spectacular. They usually time these shows where it’s almost impossible to see both in its entirety. I’d recommend selecting one that stands out above the other and plan to see that show. Fantasmic! is and outdoor, amphitheater show with a battle of good vs. evil as Mickey and Friends take on some of the creepiest of Disney Villains! Star Wars: A Galactic Spectacular is an exceptional fireworks and projections show that is awesome even if you aren’t a Star Wars fan! Watch as the Chinese Theater turns into a huge screen for a 14-minute show full of high-definition projection surrounded by lasers, fire, incredible music and sound effects, and of course – the sky lights up with awesome fireworks! Both are unforgettable Hollywood Studios moments!

1. Focus On The Shows, Not Rides

I get the impression that for some guests it’s really hard to go to Walt Disney World and not make going on rides the first priority. All of the parks however have a lot more to offer than just rides, and in Hollywood Studios especially it is important to consider the shows just as much as the rides when planning your day. I would say to focus on the shows over the rides simply because the shows only happen at set times and the rides run continuously until the park closes. When you get to the park, get a times guide (or keep an eye on the My Disney Experience app on your smart phone) so you’ll be able to make sure that you’re not missing any of the shows. Most shows end earlier in the day, so you’ll want to make sure you’re getting those done while they’re still being performed and use the rest of your time that day to go on all the rides. It’s important to plan your day this way so that you don’t spend all morning on the rides, only to find out that you missed the only show times that you wanted to go to in that park.