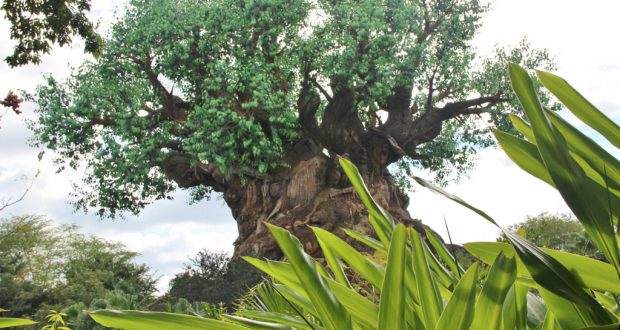 8 Tips for Squeezing in the Most Attractions at Animal Kingdom

1) Arrive when the park opens

Some attractions at Animal Kingdom close earlier than others, so to ensure that you’ll be able to experience everything, it is important to arrive at the park early. If you arrive early and do some of the animal attractions (in the morning, which is when the animals are most active anyway) you won’t be crunched for time later in the day when those attractions start to close. Arriving early is also important because you’ll be able to experience popular attractions with little or no wait time as the park is not yet crowded early in the morning.

Although some guests do not like making Fastpass selections in advance, doing so can really save you a lot of time while touring the parks. If you’re looking to squeeze in the most attractions in Animal Kingdom, I would make Fastpasses for some combination of Kilimanjaro Safaris, Dinosaur, Expedition Everest, and Kali River Rapids. (Or arrive early and do at least one of those attractions without a Fastpass before the park gets crowded, and use your selections for the other three).

3) Use Fastpass for rides rather than shows

All of the shows at Disney’s Animal Kingdom start at designated times, that you’ll be able to see on your times guide or through the My Disney Experience app. It is not worth making Fastpasses for shows, because you would have otherwise been able to get a seat for the show anyway by waiting in the standby line, and since the shows start at certain times anyway, using a Fastpass this way will not ultimately save you any time. Use the standby line for shows, and save those Fastpass selections for rides—unless meeting Minnie and Mickey is on your agenda and you’d rather skip the line for that experience instead.

If your party does not mind being split up, and you were unable to get a Fastpass for attractions like Expedition Everest, consider going through the single rider line instead. You will definitely not be sitting together on the ride, but if that doesn’t bother you, it can save you some time when the standby line is longer.

I like to start my day in Africa so that I can do Kilimanjaro Safaris without a Fastpass before the line gets super long, and I can walk the Pangani Forest Exploration Trail in the morning while the animals are most active. From a ‘squeezing in attractions’ perspective it also makes sense to start in Africa because this part of the park tends to close earlier than other areas.

6) Do not skip the animal walking trails

If you look at your guide map for Disney’s Animal Kingdom, you’ll notice that the animal walking trails are considered attractions. Therefore if you are trying to squeeze in the most attractions at this park, or just visit the park in general, you should not be skipping the animal walking trails—it is Animal Kingdom after all. It always amazes me how many guests skip attractions where you can see fascinating animals like tigers, gorillas, bats, kimono dragons, and more, and especially if you’re trying to squeeze in as many attractions as possible the trails should not be missed.

Dinoland USA is home to three rides, and the Fossil Fun Games, all of which typically have small waits earlier in the day. If you start in Africa, which I’ve already suggested due to the off closing times and increased morning animal activity, ending the day in Dinoland should be no problem. The lines in Dinoland usually die down later in the day, so even if you arrive without Fastpasses you will not be out of luck. Chester and Hester’s Dinorama is also surprisingly nice looking at night. I know that lots of Disney fans are not fond of the carnival atmosphere, but the neon and string lights really do help the area come alive at night, making it slightly more pleasing to the eye than it is during the day.

8) End The Day With Nighttime Entertainment

Now coming to life at night, guest have the opportunity to enjoy an amphitheater style show called Rivers of Light where nature is celebrated in an incredibly beautiful way! And who’s ready to dance? The Discovery Island Carnivale is a fun event to dance with colorfully costumed dancers, stilt walkers and musicians. Plus, the Tree of Life Awakenings is a perfect way to cap off the evening with its projections and music lighting up the iconic Animal Kingdom symbol.