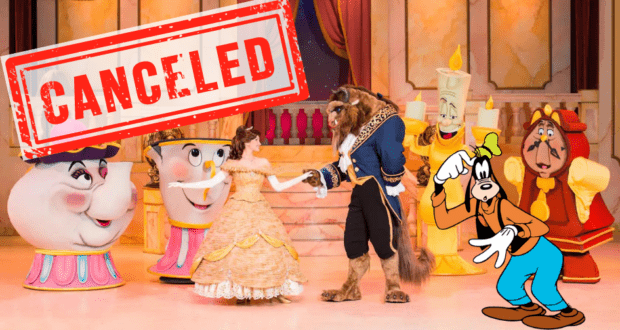 Shows make up some of our favorite attractions at the Walt Disney World Resort. And while most of Disney’s live performances have returned following closures during the pandemic, there are still a couple of modifications to be found around the Parks.

One show, Beauty & the Beast Live on Stage at Disney’s Hollywood Studios, recently returned to its full, pre-pandemic state, by removing distancing restrictions that were placed on the performers.

With the show being very positively received by Guests once these changes were made, we were surprised to see that according to the My Disney Experience app and Disney’s official website, all of today’s performances of Beauty & the Beast Live on Stage have been canceled. Beauty & The Beast Live on Stage typically runs multiple times daily at the Theater of the Stars, located on Sunset Boulevard at Disney’s Hollywood Studios. Regular showtimes since the physical distancing was removed from the show have been 11:00 a.m., 1:00 p.m., 2:00 p.m., 4:00 p.m, and 5:00 p.m.

In addition to removing today’s showtimes (and the option to view upcoming showtimes) from both the My Disney Experience app and DisneyWorld.com, Disney’s website notes that Guests should:

Check the Entertainment Schedule, the My Disney Experience app or the Times Guide at Disney’s Hollywood Studios for daily showtimes.

This outdoor show is subject to cancellation due to inclement weather. Shows may not occur daily and are subject to change. 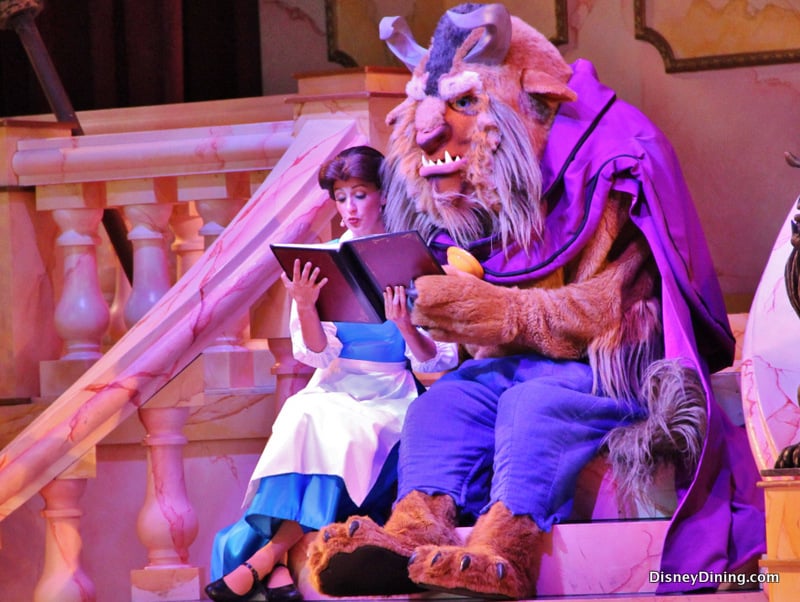 While closing for inclement weather is a regular occurrence for any outdoor attraction at Walt Disney World, it is unusual that a show like this one would close for the entire day, especially in the summer when inclement weather often means a short afternoon thunderstorm.

Even more peculiar is Disney’s note that the show many not occur daily and is subject to change when Guests have often assumed that this show was a daily occurrence at Disney’s Hollywood Studios. In the past, Disney has adjusted showtimes of Beauty & the Beast Live on Stage when other shows have used the theater for a limited time; however, in this case, no such announcement has been made.

Elsewhere in this Disney Park, Guests are still eagerly awaiting the return of Fantasmic. Other live shows might be closed permanently, including Voyage of the Little Mermaid and the Jedi Training Academy. And, For the First Time in Forever: A Frozen Sing-Along Celebration, was planned to close this fall for a refurbishment that has since been delayed. 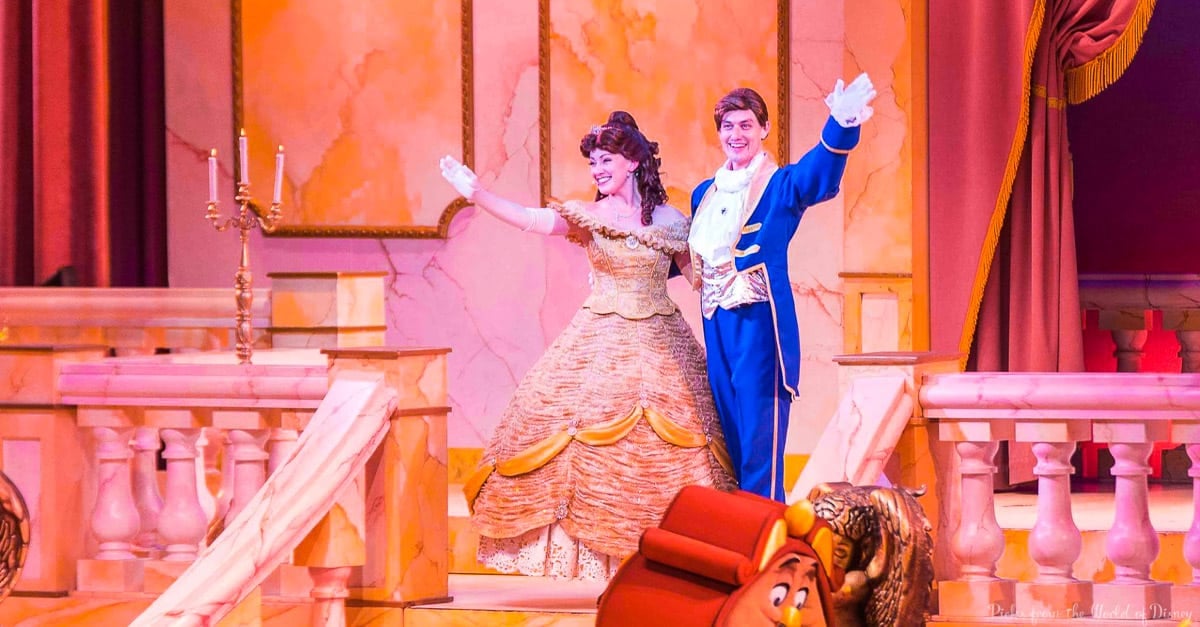 Beauty & the Beast Live on Stage is a Broadway-style performance featuring characters from the 1991 Walt Disney Animation Studios film like Belle, Beast, Gaston, Lumiere, Cogsworth, Chip, Mrs. Potts, and more with lively renditions of the film’s most memorable songs like “Be Our Guest.”

Disney describes Beauty & the Beast Live on Stage as:

The heartwarming tale of Belle and the Beast swirls to life in this lush stage performance. With colorful costumes, gorgeous scenery and the songs you’ve come to love, this sumptuous show will sweep you away—all over again!

We will continue to monitor the status of Beauty & the Beast Live on Stage at Disney’s Hollywood Studios and will share additional updates as we have them here on DisneyTips.