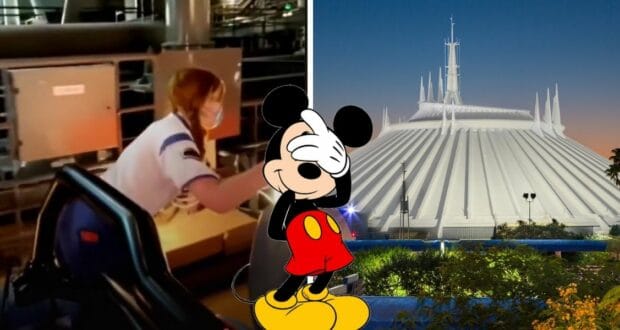 We’ve seen some crazy ride evacuations lately at Walt Disney World and Disneyland Resorts, from some water hoisting on Pirates of the Caribbean to climbing down ladders on Peter Pan’s Flight. 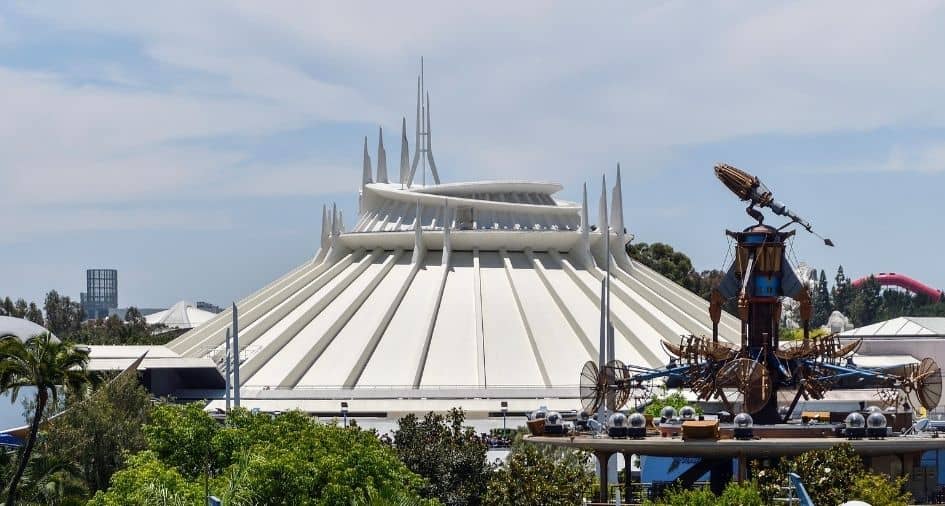 With its galactic ambiance, the dark roller coaster Space Mountain has proved to be a popular member of the mountain trio, sending Disney Guests through twists and turns to its iconic soundtrack. The interstellar attraction Space Mountain made its Disneyland debut in 1977, second to Magic Kingdom’s 1975 version and followed by Disneyland Paris, Tokyo Disneyland, and Hong Kong Disneyland.

When riding the famous rocket ride, Guests often desire to see the roller coaster with the lights on, and this week, some lucky Guests got to experience this rare occurrence – but with an added, unique, incident.

TikTok user DisneyWorldTom (@waltdisneyworldparks) shared a video of a Disney Cast Member having to physically push a Space Mountain ride vehicle to get the ride going again:

The video shows Guests stuck on Space Mountain with the lights on, and a Disneyland Cast Member having to come and push the rocket. We’ve never seen this happen before, and it’s interesting to see some backstage insight into how the dark coaster operates.

This popular version of Space Mountain celebrates the Star Wars film franchise, and sees Guests “fend off crossfire from swarms of Rebel X-wing starfighters and Imperial TIE fighters amidst an intergalactic onslaught!”. 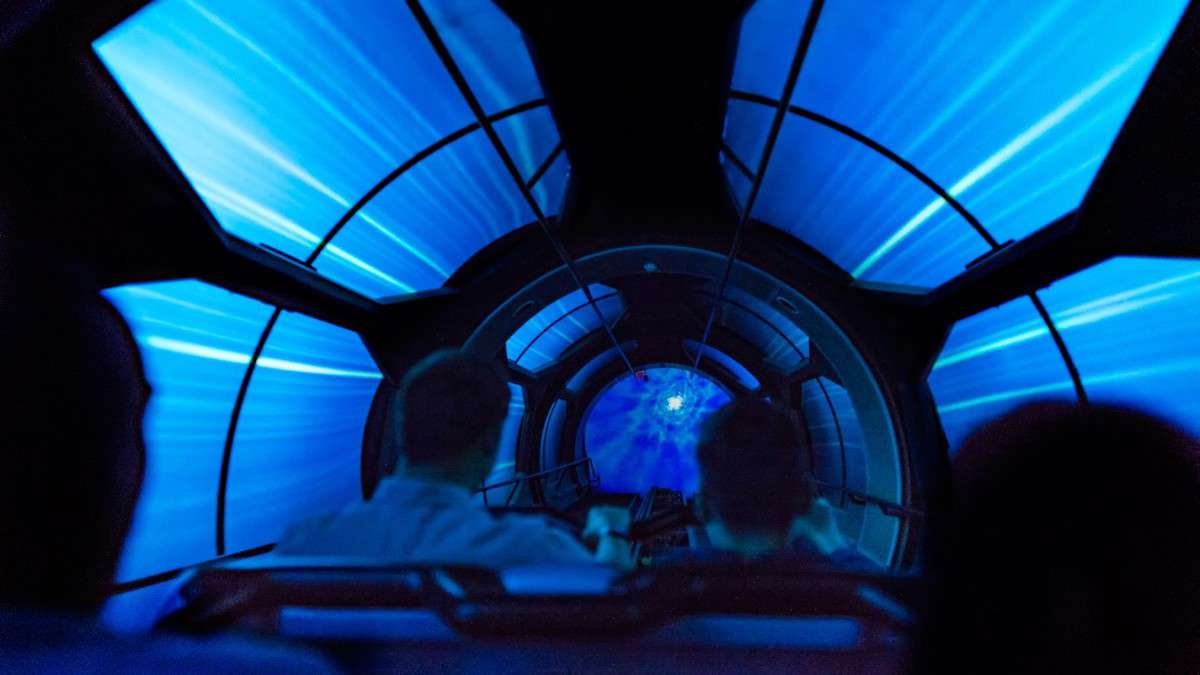 It’s fascinating to see how Disneyland and Walt Disney World deal with ride breakdowns. Rides like Kilimanjaro Safaris, Star Wars: Rise of the Resistance, and Splash Mountain have seen some crazy shutdowns lately, and many have involved going backstage and/or getting free Lightning Lane passes.

One day, however, we hope we get to see Space Mountain with the lights on!