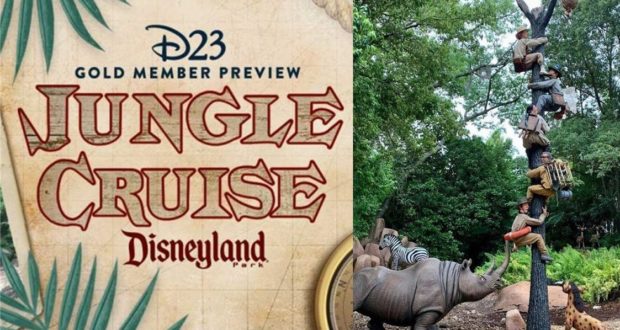 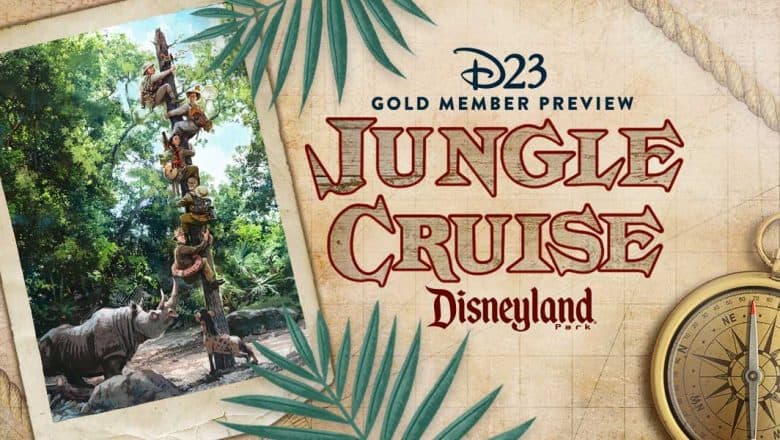 Get ready to rise and shine D23 Gold Members! This special preview will take place on Friday, July 16 (the official reopening date of the Jungle Cruise Disneyland attraction) at 5:30 am and will last until 7:30am. The attraction opens to the pubic at 8:00am.

As shared by D23: “This early morning begins as D23 Gold Members enter the gates of Disneyland Park before the park opens to the general public. Upon arrival, you’ll be outfitted with your own skipper hat and VIP credential as you begin our Adventureland expedition at the Tropical Hideaway. With the wilds of the jungle as your backdrop, you‘ll enjoy some morning delicacies such as a Loco Moco Bao, Sweet Lumpia, Coffee, bottled juices, and water—and, of course, it’s never too early for a Dole Whip! Then our master of ceremonies, D23 Team Member (and former Jungle Cruise Skipper) Justin Arthur, will get things going with a special panel of creative talent from Walt Disney Imagineering as they take us on a deep dive into the history and re-imagining of the beloved attraction. From its origins back to Walt Disney and opening day, to its long legacy of skippers, global adventures, and the latest sights on the legendary river banks, we’ll celebrate it all just in time for the attraction’s 66th anniversary! Then the Jungle awaits! Making your way through the boathouse, you’ll board your explorer launch as your skipper (armed with the latest puns) will take you down the rivers of adventure to be among the first on the official re-opening day to see all the “gnu” sights to be discovered! In addition to a skipper hat and credential, guests will be treated to a few other commemorative surprises!” 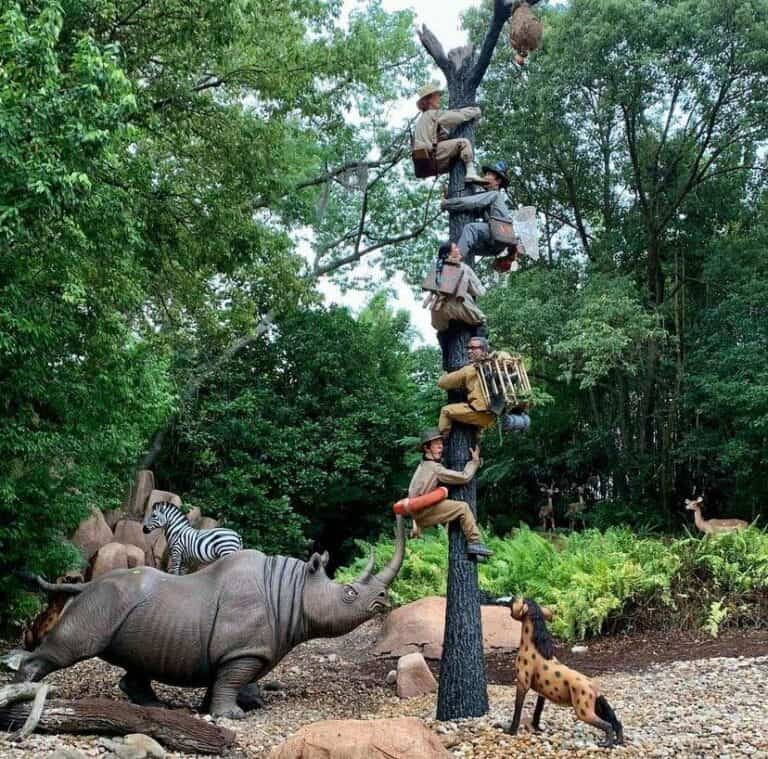 If you’re a D23 Gold Member, you’re already paying $99.99 for an Annual Membership. This preview of Jungle Cruise unfortunately is not included in your membership. Instead, you can expect to pay $75 per person (plus $7 processing fee) to see Jungle Cruise before the general public.

What do you think? Would you be willing to spend the $82 (ticket and processing fee) in addition to the $99.99 membership fee to see the re-imagined Jungle Cruise just an hour or so before the general public gets to see the attraction? And no, the $82 does not include a park ticket for the day. You’ll be escorted out after the preview if you don’t have a valid park ticket and reservation for the day. It’s especially an interesting idea with scenes already revealed (at no additional cost) for Walt Disney World guests. At least this special ticket preview does include some goodies and surprises! Tickets go on sale tomorrow (Friday, July 9) at 10 a.m. PST / 1 p.m. EST. For more details and/or to purchase a ticket, check out D23.com.