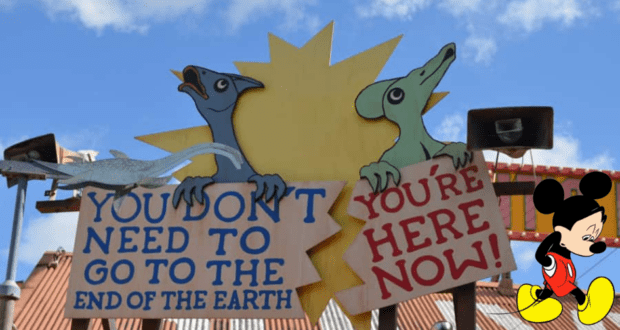 ‘Moana,’ and ‘Zootopia’ Aside, Is DinoLand Quietly Preparing for an Overhaul?

One of the most surprising announcements at this year’s D23 Expo was the news that very early ideas have been shared internally at Disney regarding an overhaul of DinoLand U.S.A.

The details shared during the Parks panel on the final day of the 2022 D23 Expo were Blue Sky ideas, meaning they have not been given the green light as of yet. While the panel introduced the possibility of IPs like Zootopia (2016) and Moana (2016) making their way into the land currently occupied by DinoLand, U.S.A., nothing has been confirmed so far and fans have been left wondering about the future of this iconic Animal Kingdom land. 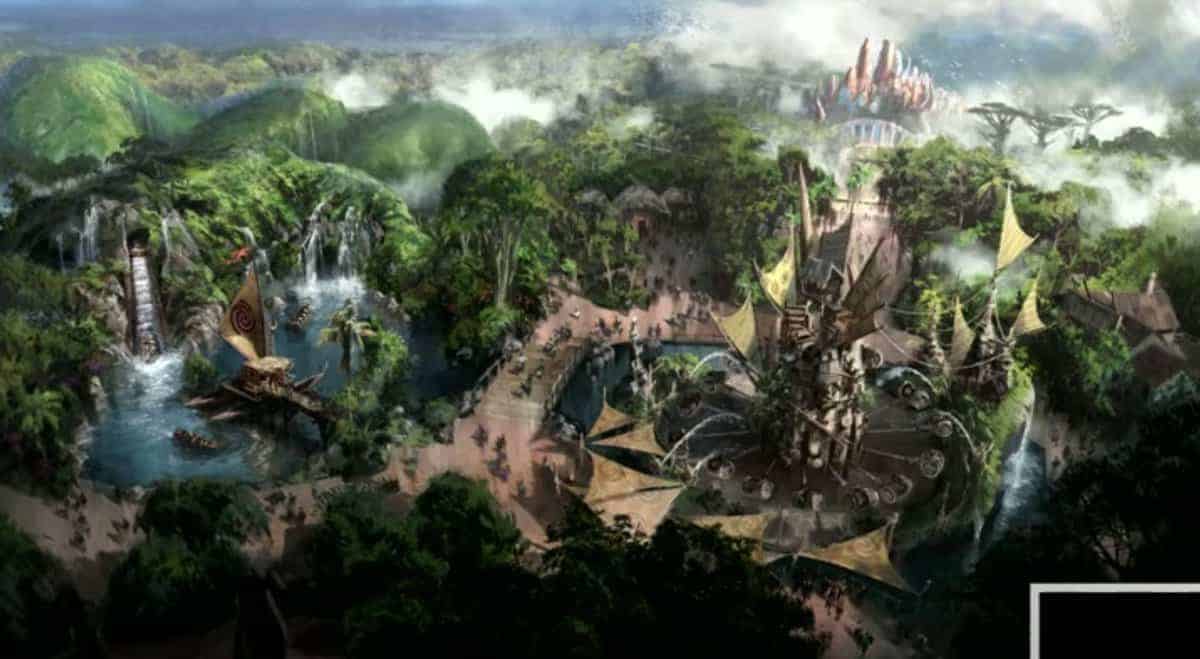 Regardless of what could end up replacing DinoLand U.S.A., one thing already seems clear…Changes are coming. When an attraction, or in this case a whole theme park land, prepares to close, it typically does not happen overnight. Disney is known for moving attractions to seasonal operating statuses prior to announcing their official closures.

We saw this tactic briefly with Primeval Whirl, the Wild Mouse-style coaster that once stood between the far side of Chester & Hester’s Dinosaur Treasures and the Fossil Fun Games in DinoLand, U.S.A. The attraction went from odd operating hours, to a full closure, to what we see today, which is a fully demolished space now replaced with additional seating and stroller parking. 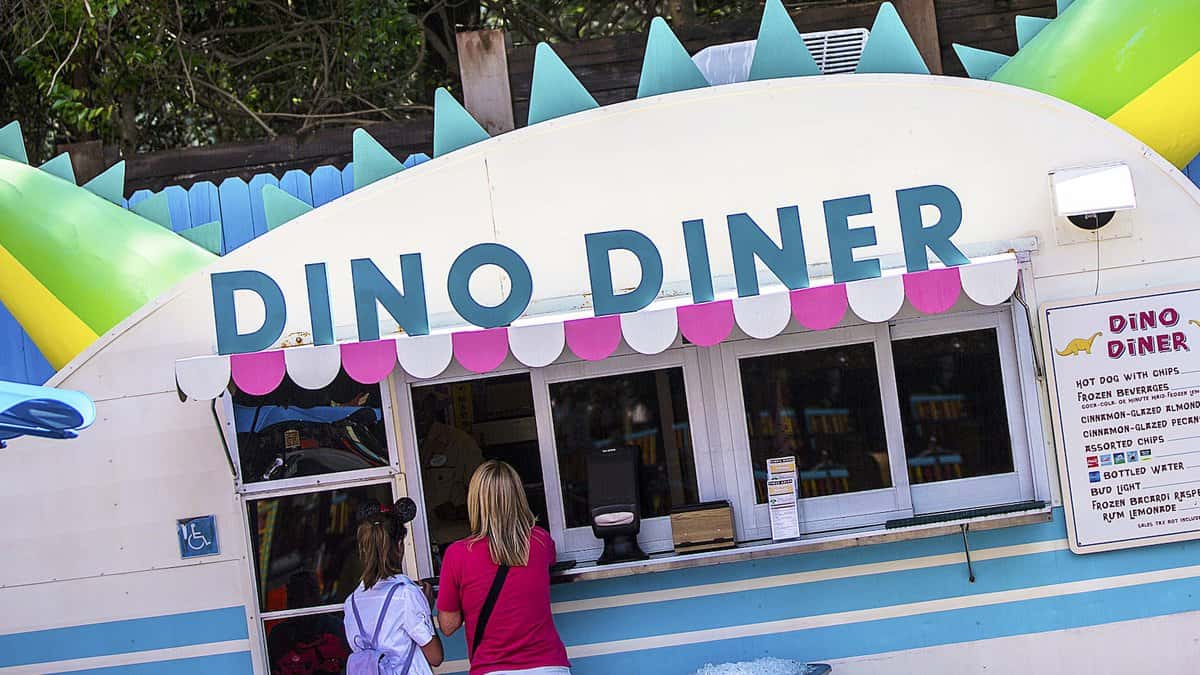 RELATED: Opinion: Is It Time to Update DinoLand U.S.A.?

The latest closure in DinoLand U.S.A. is Dino Diner, the small snack kiosk located between Mammoth Marathon and Brontoscore in Dino-Rama. The kiosk, which sold several snack items over the years including hot dogs, nachos, and churros, to name a few, did occasionally close seasonally, however its most recent closure seems different.

During Dino Diner’s past seasonal closures, the kiosk was still listed on the My Disney Experience app with the note that it was temporarily unavailable. Now, the kiosk is completely removed from the app, and the Dino-Rama area of the map when looking at Disney’s Animal Kingdom is looking rather empty. The kiosk is still listed on Disney’s official website, just without operating hours listed for the foreseeable future. 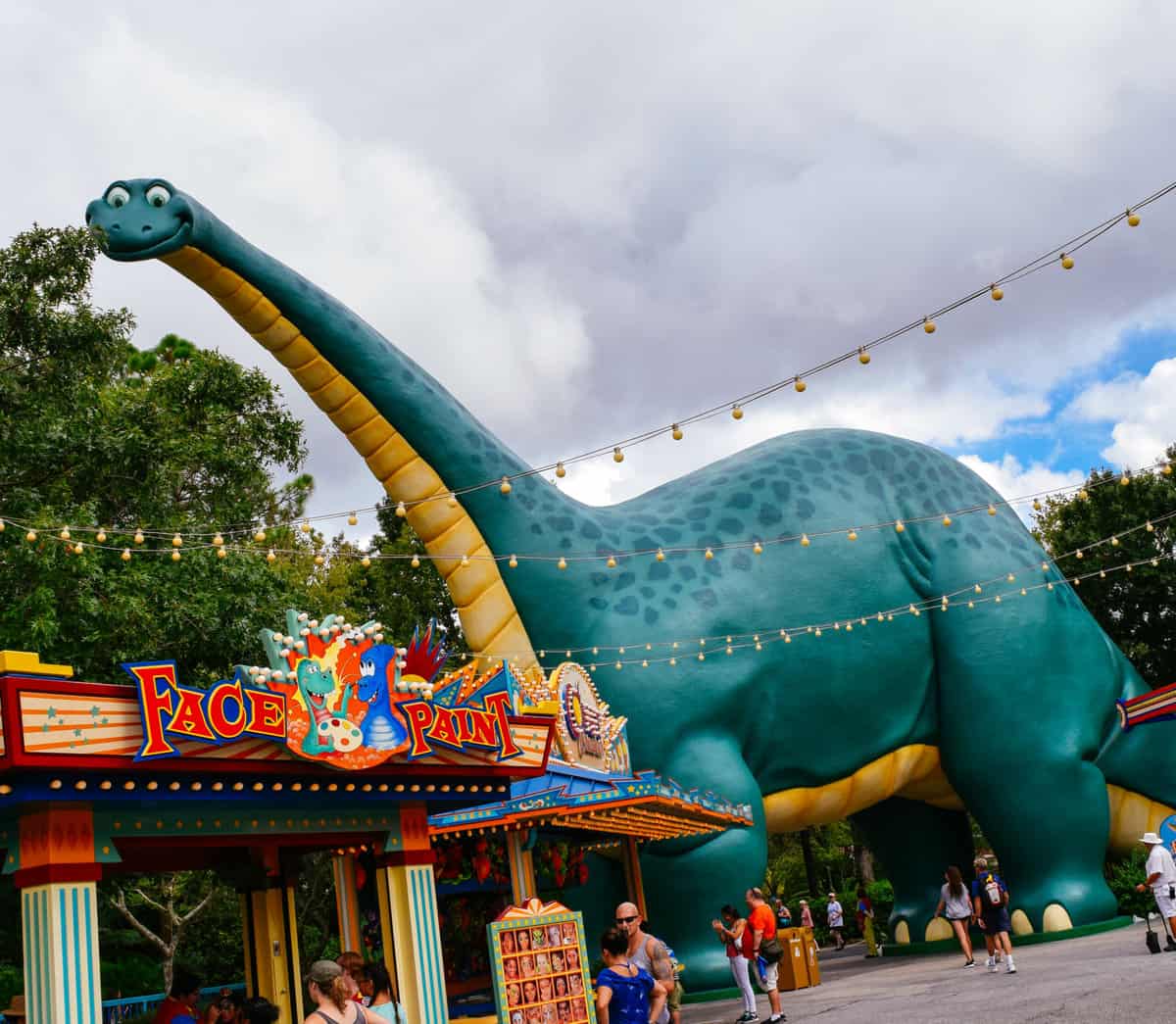 Of course, Dino Diner is only one small piece of DinoLand U.S.A., but when considering the demolition of Primeval Whirl, off-and-on status of the Cretaceous Trail since the Park reopened in 2020, and announcements from the D23 Expo, we have to wonder if more closures could be coming soon.

Disney’s most recent description of the Dino Diner read:

Chomp on churros with chocolate sauce, or get your claws on dino drinks like ice cold sodas and frosty frozen lemonade—all served from a playful, old-time trailer.

As always, we will continue to share updates on DinoLand U.S.A. and the rest of Disney’s Animal Kingdom as we have them here on Disney Tips.