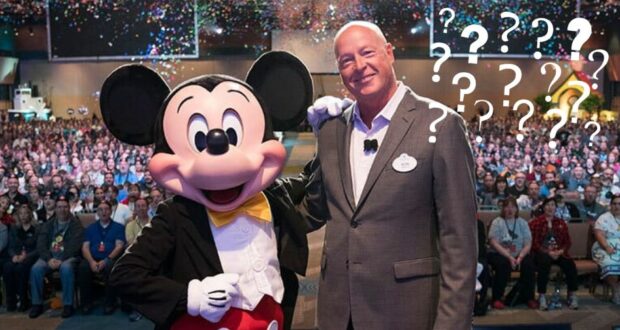 Is Disney CEO Bob Chapek’s Contract About to Be Reupped? Reports Believe So

It’s no secret to a Disney fan that The Walt Disney Company and its Chief Executive Officier, Bob Chapek have had a rough few months. Reports of the board meeting in Florida soon are surfacing with topics of leadership likely being on the agenda.

According to Los Angeles Times, The Walt Disney Company Board of Directors is scheduled to gather in Orlando, Florida beginning on Monday, June 27, 2022, for its annual retreat which allows the 11 members, including CEO Bob Chapek, to review the company’s current status and evaluate what’s to come.

Not only is The Walt Disney World Company christening its stunning new ship, the Disney Wish, joining the Disney Cruise Line fleet at Cape Canaveral, but it is likely for the board to discuss its current leadership. Could CEO Bob Chapek’s contract be up for discussion?

The Walt Disney Company and Bob Chapek have seemingly been placing themselves in the middle of much political controversy which has had an impact on several factors for the company. Recently, Disney has been in the hot seat with Florida with the ongoing feud Disney has with Florida Governor Ron DeSantis.

Gov. DeSantis is working to dissolve Disney’s Reedy Creek Improvement District, which is a result of the controversies between DeSantis and Disney’s CEO Bob Chapek surrounding Florida’s Parental Rights in Education bill (also known as the “Don’t Say Gay” bill).

Most recently, Disney announced it is delaying moving thousands of Cast Members from California to Florida noting construction delays for its news offices in Lake Nona, Florida. The timing however led many to speculate it is because of Florida and Disney’s ongoing feud.

Disney also announced it will cover travel expenses for its Cast Members seeking an abortion after Roe. v Wade was overturned by the Supreme Court. With Florida’s Gov. DeSantis pushing for a “pro-life reform“, Disney was quick to offer all Cast Members this coverage, including its large number of Florida Cast Members.

Meanwhile, Chapek recently fired the highly respected Disney executive, Peter Rice, which had Hollywood disgruntled. Rice was said to likely be slated to be Bob Chapek’s successor as CEO.

With the retreat taking place in the middle of the massive corporate drama, the question of Chapek’s contract could be on the table. It’s not uncommon for CEO contracts to be discussed in committee format behind closed doors. According to LA Times, “Most people who spoke to the Times expect the board to re-up Chapek, if not at the meeting, then later this year.”