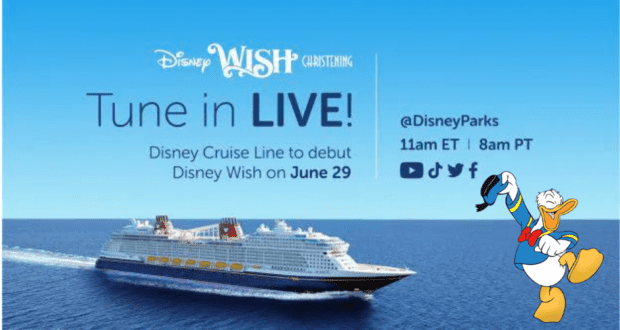 Watch the Debut of the Disney Wish Live Later This Month

Disney Cruise Line is getting ready to launch its newest ship with the debut of the Disney Wish later this month!

The Disney Wish is already on her way to Port Canaveral, Florida to prepare for her maiden voyage, and on June 29, Guests around the world are invited to watch live as the new ship is christened in a magical celebration that only Disney could create. 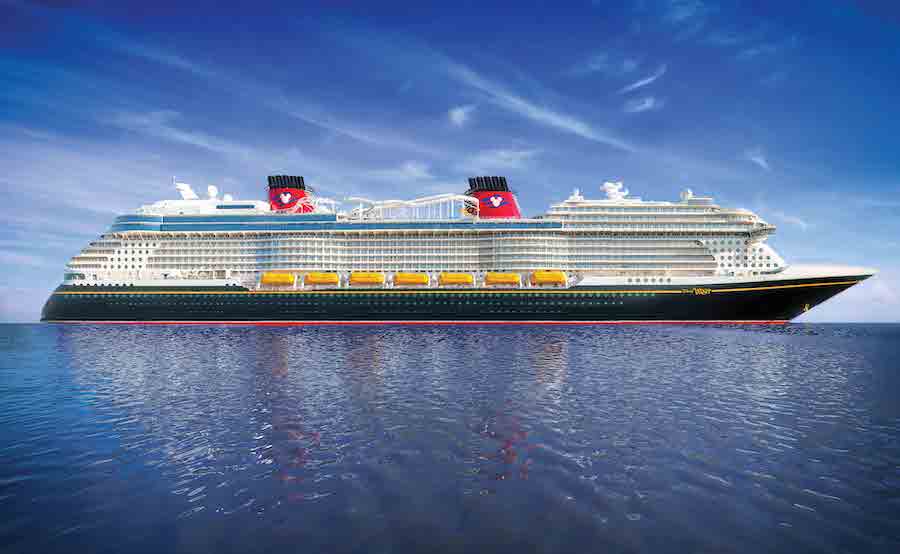 The Disney Parks Blog will share a live stream of the celebration beginning at 11:00 a.m. EST so that Guests can see a first look at the brand new Disney Cruise Line ship alongside special Guests, musical performances, and more.

And, just like the new events at sea and experiences featured aboard the Disney Wish, the live stream will include appearances by characters from Disney, Pixar, Marvel, and Star Wars. During the live celebration, fans will also get first glimpses at some of the most exciting new areas of the ship, including Disney’s first-ever attraction at sea, the AquaMouse! The special will then showcase immersive areas for kids of all ages, themed to Frozen (2013) and Marvel, as well as Star Wars activities and a newly redesigned Disney Oceaneer Club for little ones.

Hoping to set sail on the Disney Wish for yourself? The newest ship to launch by Disney Cruise Line will set out for her maiden voyage from Port Canaveral in just a couple of weeks on July 14, 2022. Initial voyages by the Disney Wish include itineraries with stops at Nassau, Bahamas, as well as to Castaway Cay, Disney’s exclusive private island.

Save the date to watch all of the festivities live later this month, and be sure to tune into the Disney Parks Blog on June 29, 2022, at 11:00 a.m. so you don’t miss a thing! And, start planning your own Disney Cruise Line vacation anytime at DisneyCruiseLine.com.