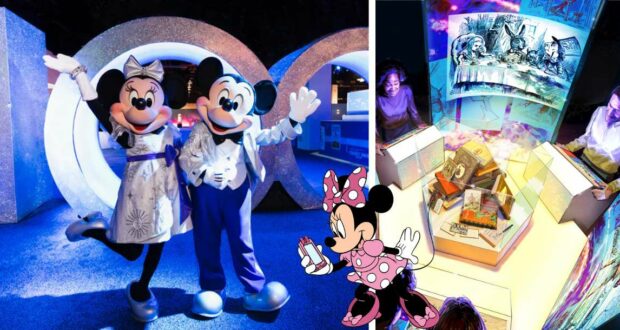 The Exhibition, which will showcase rare Disney artifacts alongside behind-the-scenes sneak peeks into the Company’s inner creative world, comprises 15,000 square feet across ten of the Institute’s galleries. The Walt Disney Archives state the elaborate exhibit will feature “innovative and immersive technology” that will immerse Guests in the magic like never before, inviting them to “step into their favorite stories” alongside “characters, films, shows, and attractions—from Disneyland Resort to Walt Disney World and beyond.” 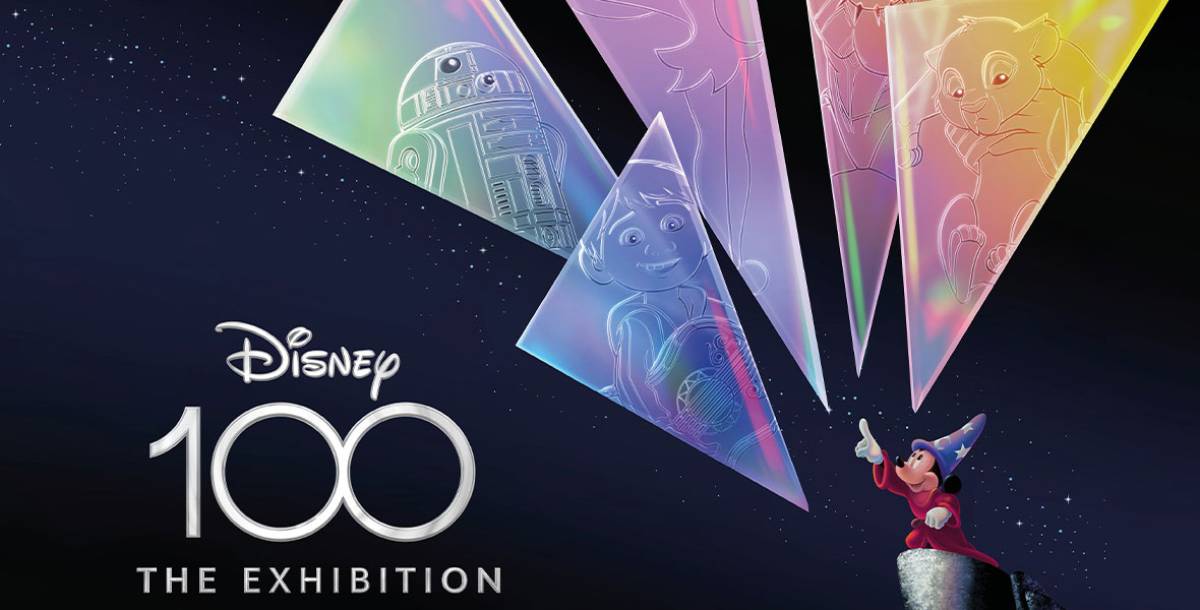 Indeed, the gallery walk is to pay homage to classic Walt Disney Animation Studios‘ films from the early 20th century in addition to their latest releases, such as 2022’s Strange World, as well as intellectual properties under Disney ownership such as Marvel, Star Wars, Pixar Studios, and National Geographic. In fact, each portion of the Exhibition will include interactive installations, exclusive details on never-before-seen background information, and its very own musical theme composed by Steve Mazzaro of The Lone Ranger (2013), Pirates of the Caribbean: Dead Men Tell No Tales (2017), and The Lion King (2019) fame.

Additionally, as per D23’s release, the galleries themselves will display a variety of themes spanning the Disney company’s wide and varied history within the animation, film, television, and theme park spheres. For example, the first gallery of “Where It All Began” will follow the story of Walt Disney himself and his journey into animation via Steamboat Willie (1928) and creating the first feature-length animated films in his Hyperion Avenue studio in the early 1930s. 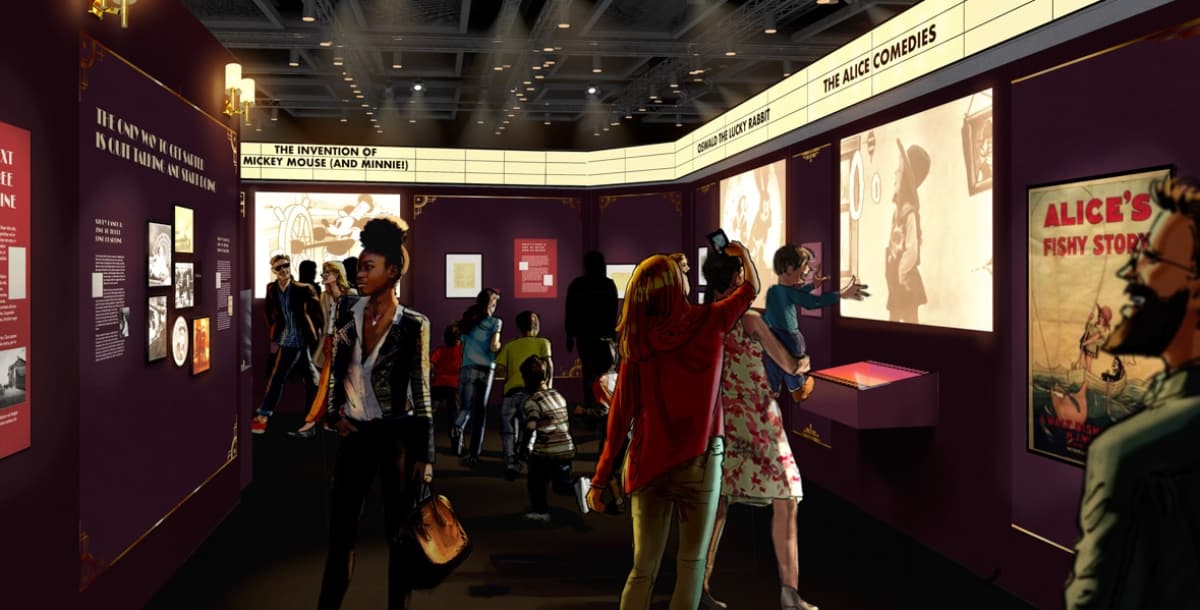 Next, Guests can explore the storytelling experiences, illustrative and literary origins, and continuing multimedia franchises across galleries like “The Spirit of Adventure and Discovery,” “Sources of Inspiration,” and “Where Do the Stories Come From?” These portions will highlight fan favorites from the Marvel Cinematic Universe to Frozen (2012) and the Princess and the Frog (2009).

What’s more, Guests can hunt for artifacts via an engaging quest through the museum, and peer into Disney’s underwater worlds via Captain Nemo’s Nautilus window from 20,000 Leagues Under the Sea (1954). Plus, explore the Disney Parks historical legacy within a recreation of Main Street, U.S.A. for the “Your Disney World: A Day in the Parks” gallery! 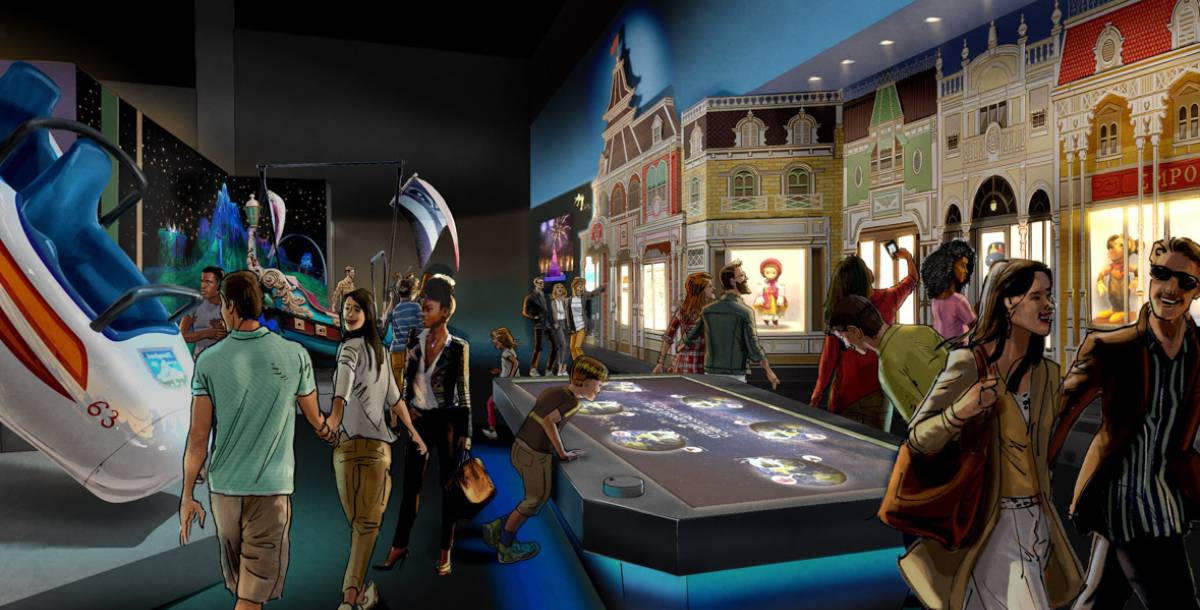 RELATED: 5 Rare Artifacts You Can See During ‘Disney100: The Exhibition

Tickets for Disney100: The Exhibition are on sale now! Daytime tickets, which include regular admission to the Franklin Institute, are $45 for adults, $43 for seniors and military, and $41 for children ages three to eleven. Evening admission to the 100th-anniversary exhibit, valid from 5 p.m. until closing Thursday through Saturday, is $25 for all Guests.

Click here for more information on visiting Disney100: The Exhibition during the 2023 “100 Years of Wonder” celebration.