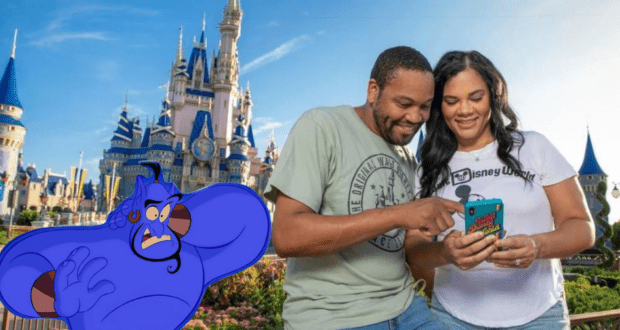 Is Disney Genie+ Too Complicated to Be Worth the Cost?

Compared to Genie’s predecessor of FastPass, the new system requires some additional planning, and may not be as intuitive to all Guests, which begs the question, is Disney Genie+ just too complicated?

One of the major benefits to Disney Genie+ (at least from the company’s perspective) is that the attraction lineup is subject to change. Disney executives have repeatedly pointed out the benefits of new systems like Genie+ and theme park reservations, focusing on their ability to change based on Guest demand.

With Genie+, any potential changes often come with which attractions are included in the $15 per person purchase and which are separate Lightning Lane purchases. For about a month recently, Disney had details on its website indicating that the lineup would change this summer, but this update was later canceled. Trying to plan your vacation based on changes that are canceled before they even happen would certainly cause confusion.

Recently, Disney shared a new series of videos about how to use Genie+, which only seems to support our hunch that casual Guests are perplexed by the system as instructional videos were not a component of FastPass+.

RELATED: Guests Rack Up Hundreds of Dollars in Charges Due to Genie+ Error

Some Guests have even taken to social media, sharing binders and spreadsheets of information they’ve put together to help navigate their vacations while using Genie+. While similar actions had been taken in the past with FastPass+, early promotions for the new system focused on its ability to make your trip to the Parks easier than ever.

A major source of confusion is in the nomenclature of Disney Genie+, with the names of various parts of the system especially confusing to Guests who have not yet experienced it in person. Having a free version of Genie while also offering the paid Genie+ is certainly confusing then Guests have to understand that Genie+ allows you to enter lines labeled “Lightning Lane,” while there are individual Lightning Lane attractions that would be purchased separately from Genie+.

I feel like I’m studying for another doctoral degree trying to plan for our upcoming trip.

Guests expressing their frustration with the new system have compared it to studying for a degree, as in @ItsASnareThing’s tweet (above), and many have suggested that if Genie+ remains so confusing, perhaps it simply is not working and is ready to be retired.

The other downside to Genie+, or confusion for Guests who are unaware, is that for many of the most popular Disney Park attractions, your only chance at scoring a Lightning Lane return time that works for you is to select a time right at 7:00 a.m.

Guests using FastPass+ often struggled with getting FastPasses to certain attractions, especially if they were booked up by Resort Guests ahead of their trips, but this issue with Genie+ seems to be more widespread.

With D23 coming up in just about one month, we have to wonder if Disney will announce any changes to Genie+. We are also curious about whether or not Genie+ would work better with all aspects of Walt Disney World operating as intended before the pandemic changed things. (While most of Walt Disney World has returned to “normal,” there are still a number of closed restaurants, shops, and attractions that would certainly help with crowd levels if they were open.)

We will continue to monitor updates to Disney Genie+ and will share details of any additional changes to the system here on DisneyTips. Best of luck with your planning!