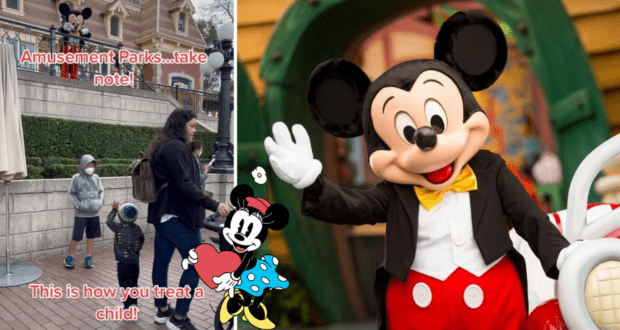 A few days ago, a video surfaced on Instagram depicting what one Disney Guest described as a racist encounter with a Disney character. The incident took place at Disneyland Park.

In the video, a Black child was seen running up to Rapunzel, who was surrounded by eager Disney Guests. The person recording the video tells the child to get in line.

As Rapunzel signs autographs and interacts with her fans, the child comments on her hair, to which Rapunzel responds. The video recorder soon discovers there is no line through an interaction with another Guest.

Rapunzel poses for pictures but leaves the area shortly after, escorted by a Disney Cast Member. The woman tries explaining to Cast Members that her daughter wasn’t waved at like the rest of the children. The person who posted the video, @lo.ondabluff, captions the recording with “Black Lives Matter.”

A few days ago, a TikTok video posted by @jaxbeauty1 depicts a different character interaction between a Cast Member and a Black child. The video is captioned, “Black children deserve love too. This interaction did not go unnoticed.”

The video also states, “Amusement Parks…take note! This is how you treat a child!” The character interaction occurred at Disneyland Resort, at the Disneyland Railroad Main Street Station.

The TikTok creator shares that the video depicts her grandson celebrating his third birthday at the Park back in February. She claims she saw an interaction between the child and Mickey Mouse that “melted her heart!” As Mickey stands elevated above the Guests on the Disneyland Railroad Main Street Station platform, he waves at the child below. The beloved Mouse makes the shape of a heart with his hands, pointing at the child and blowing him a kiss.

Although there were other Guests in the area, Mickey seemed to focus his attention on the boy after noticing his sweet face watching him. It’s always heartwarming to see encounters like this at Disneyland Park, when Disney Cast Members make a child’s day with a magical character interaction.