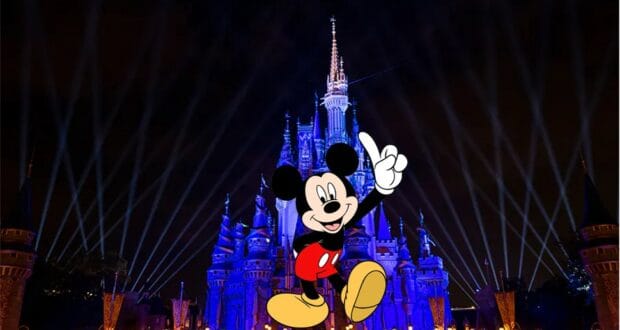 If visiting Walt Disney World Resort or Disneyland Resort soon, you’ll want to take note that Disney is changing its Early Theme Park Entry arrival window for one day only.

Believe it or not, The Walt Disney Company’s massive streaming network, Disney+, is about to turn three years old since its launch in 2019. Disney is rolling out a special celebration within its Parks for Disney+ subscribers and fans to enjoy on its dedicated Disney+ Day, September 8.

This year’s Disney+ Day celebration is on Thursday, September 8, 2022. Disney will “plus up” its Parks just like last year, with Disney Park icons (such as Cinderella Castle at Magic Kingdom Park or Sleeping Beauty Castle at Disneyland Park) being projected with blue colors, special photo ops, characters, Disney foodie bites, and more.

RELATED: Commercials are Coming to Disney+…Except for These Two

But, with September 8 being Disney+ Day, Disney is now allowing Disney+ subscribers to enjoy the perk by announcing:

“Mornings at Walt Disney World Resort in Florida and Disneyland Resort in California will be “plussed” up with early entry pixie dust! Disney+ subscribers and their travel party with valid admission and reservations are once again invited to enter the theme parks at Disneyland Resort* and Walt Disney World Resort 30 minutes before regular park opening.”

Staying at a Disney Hotel at this time? No worries, as a Resort Guest, you are getting an even BIGGER benefit than Disney+ subscribers will the ability to experience Early Park Entry 60 minutes before the regular Park hours:

We hope all Disney+ subscribers have the chance to enjoy the fun Disney+ Day early admission and celebration in the Parks. Can’t make it to a Disney Park? It sounds like September 8 could be a perfect Disney+ movie night at home with the family!