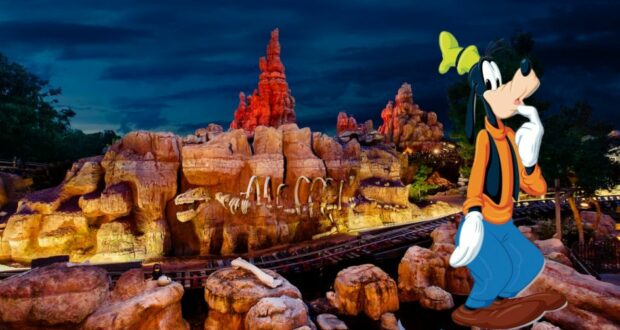 It’s a glorious day in the Disney Parks. But imagine getting off the ride of a lifetime only to find the needle from a celebration button stuck in your arm! Video captures the incident as Disney provided medical attention for the injured Guest.

A trip to Walt Disney World Resort or Disneyland Resort is not complete without experiencing “the wildest ride in the wilderness!” Big Thunder Mountain Railroad is one of Disney’s iconic coaster attractions at both Magic Kingdom Park and Disneyland Park.

When one Guest was riding Big Thunder Mountain Railroad at Disneyland Park, the needle portion of the back of a celebration button appears to have come off her lanyard and stabbed her in the arm. At the end of the ride, she notified Cast Members that the pin was stuck in her arm.

@selenemoran6 took to social media to share the video with the note, “When you are having fun at Disneyland and a Plaza Inn pin get stuck in your arm.” She further notes in the comments, “She was riding the big thunder mountain at Disneyland this happened while she was on the ride. At the end of the ride she notified the personal that the pin was in crusted and close on her arm.”

Ouch! While the Guest seems nervous about this issue, the Disney Cast Member is quick to resolve the issue as she counts to three but instead pulls the button out on one.

Some comments include “New fear unlocked” and “Ouch I’m so sorry!”, while others point out they would have handled it on their own saying, “Y’all needed a nurse for that tiny pin” and “I would have just ripped it out then asked for a bandaid but that is a gnarly stab! Feel better girl.”

Regardless of if you’d ask for a Cast Member to get a medic to help or would have simply pulled it out on your own, this may be even more of a reason to put the large celebration buttons Disney provides free of charge on a backpack instead of a pin trading lanyard.

We’re glad the Disney Guest got the help she needed and hope the rest of her Disney experience was uneventful!

2022-09-19
Jamie Sylvester
Previous: Disney’s Iconic EPCOT Attraction Is Now Closed Indefinitely
Next: This Is the Most Underrated Restaurant at Disney Resorts