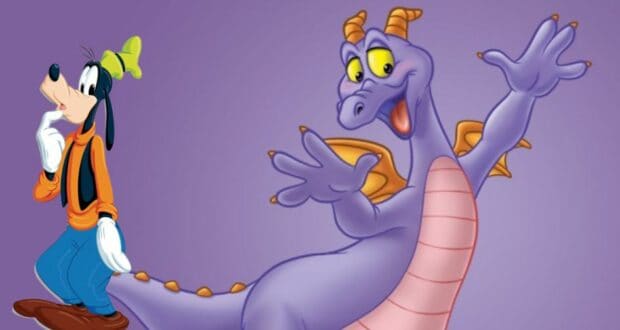 Just when you think you’ve heard it all… news drops that the iconic EPCOT character, Figment, is getting his own movie. And we promise we’re not making this up!

We get it. Figment is BIG deal among Disney fans. Not only does Figment call EPCOT’s Imagination Pavilion home with the attraction, Journey Into Imagination with Figment, but Disney recently announced at the D23 Expo he will be returning for a meet and greet in 2023.

RELATED: How Does the Infamous Figment Popcorn Bucket Relate to the Tower of Terror?

Figment was created by Walt Disney Imagineers Tony Baxter and Steve Kirk in 1983 as the “figment’ of your imagination. Fast-forward to the present day, and Figment is now the center of EPCOT Festival merchandise and the highly-sought after Figment Popcorn Bucket. Apparently, the popularity of Figment has Disney believing the purple dragon would make for a perfect movie.

Deadline shared an exclusive report, announcing, “A Disney film is in the works featuring the character Figment, a small purple dragon who serves as the mascot of Epcot’s Imagination Pavilion in Orlando. The feature hails from Seth Rogen’s Point Grey with Pokémon Detective Pikachu‘s Dan Hernandez and Benji Samit set to write, Deadline has learned.”

As soon as the announcement dropped, Disney fans quickly took to social media to share their concerns mixed in with some excitement. With all of Disney’s live-action remakes recently, the fear, however, is Disney is going to ruin the beloved character.

Who will voice Figment? What will the movie be about? How does Disney plan to animate Figment? Will Dreamfinder be in the film? When will the film be released? SO. MANY. QUESTIONS!

RELATED: This Figment-Inspired Cake Could Be the Star of EPCOT’s 40th Anniversary

As always, we’ll be sure to keep Disney Tips readers updated as we learn more about this intriguing news of Figment getting his own feature film.