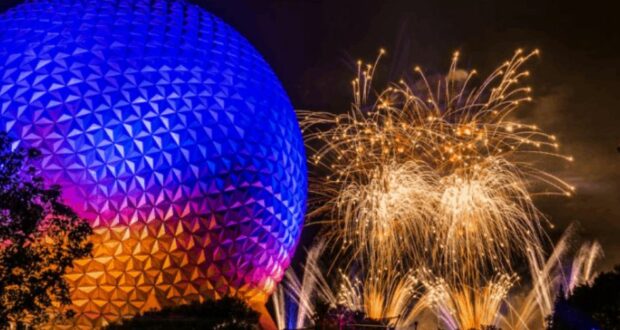 After Two Years, Special EPCOT Fireworks to Make a Return!

Summer has arrived, and Walt Disney World Resort is the place to be! Not only is Disney celebrating its 50th Anniversary, but new attractions and experiences welcome Disney fans across the Parks and Resorts. And now, we have exciting news, as Disney has revealed it is returning a special EPCOT fireworks show in July!

Prepare for patriotism at its finest when Walt Disney World Resort commemorates Independence Day in the skies above Magic Kingdom Park and EPCOT. As previously shared, Magic Kingdom Park will offer a special fireworks show called “Disney’s Celebrate America! – A Fourth of July Concert in the Sky” on July 3 and 4, 2022. On both nights at 9:20 pm, the fireworks will take place in place of the current nighttime spectacular, Disney Enchantment.

Disney has noted the return of Fourth of July fireworks at EPCOT, as shown in the website screenshot above, but has yet to confirm further details. The Independence Day fireworks were put on hold due to COVID for two years, as they were last performed as a tag to the former “Illuminations: Reflections of Earth” in 2019.

With Illuminations gone, and EPCOT’s new nighttime spectacular, “Harmonious,” we’re unsure how the fireworks will look or if Disney will return the previous EPCOT Fourth of July tag, known as “Heartbeat of Freedom.”

Be sure to snag Disney Park Pass Reservations for EPCOT, as Magic Kingdom’s Park Pass Reservations are currently full for July 4, 2022. With the excitement of EPCOT’s newest roller coaster, Guardians of the Galaxy: Cosmic Rewind, the addition of a new restaurant called Connections Cafe & Eatery, and fan-favorite experiences such as the EPCOT International Flower & Garden Festival (through July 4, 2022) and EPCOT International Food & Wine Festival (begins July 14, 2022), we suspect crowds will be flocking to EPCOT throughout July.

We’re thrilled to hear of the return of the Fourth of July Fireworks at EPCOT! We’ll be sure to share further information as soon as Disney releases it.