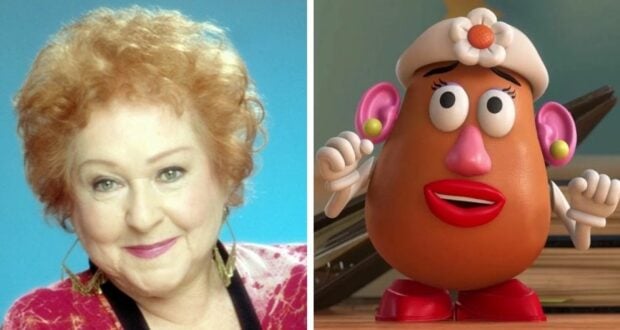 Recently, the television and film industry has been hit with the hard news of passing such as Disney Legend Betty White, and the talented ABC Full House sitcom star, Bob Saget. Sadly, we have learned that actress Estelle Harris passed away on April 2, 2022.

Estelle was a talented actress that was most known for her role as “Estelle Costanza”, mother of George Costanza (Jason Alexander), in the popular NBC sitcom Seinfield (1992 – 1998). Interestingly enough, the mother figure was named “Estelle” in the script before Estelle even landed the role.

According to a report from Deadline, Estelle died Saturday evening, April 2, 2022, of natural causes in Palm Desert, Calfornia just weeks before celebrating her 94th birthday.

Estelle’s son, Glen Harris, held his mother when she drew her final breath. He announced the news with: “It is with the greatest remorse and sadness to announce that Estelle Harris has passed on this evening at 6:25 pm. Her kindness, passion, sensitivity, humor, empathy, and love were practically unrivaled, and she will be terribly missed by all those who knew her.”

Estelle’s son, Glen, said “Her passion was her work, and her work was her passion.” Our thoughts are with the Estelle Harris family and friends.