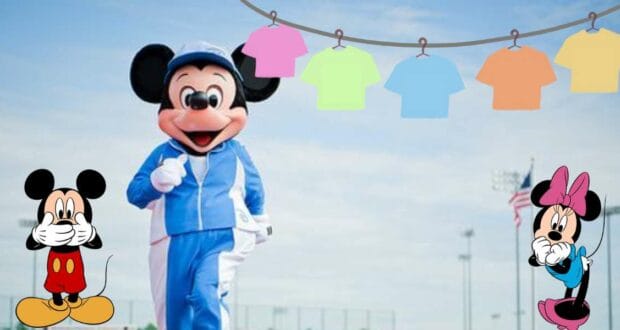 The Exclusive Disney Shirt So Bizarre It Spawned a Copycat Revolution

While Guests can find most Disney Parks merchandise within their favorite theme park or online via shopDisney.com, every so often, the company will release exclusive items (like the coveted Figment popcorn bucket), which can only be found at a specific location for a limited time event. For example, runDisney released its latest merchandise over the weekend at the ESPN Wide World of Sports’ Health & Fitness Expo through a selective virtual queue. 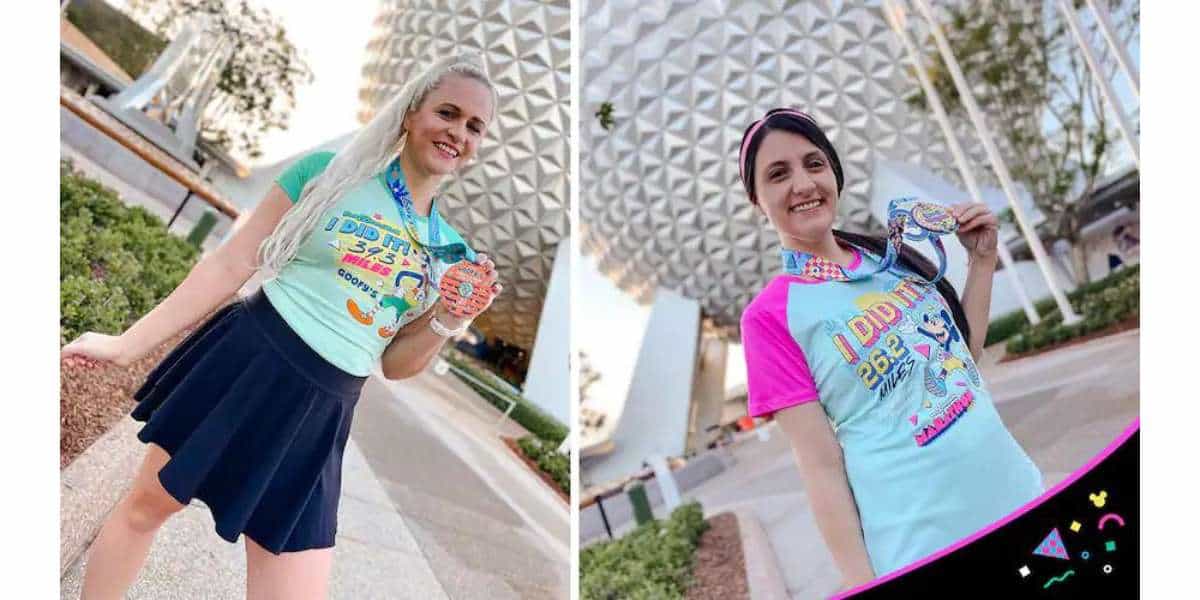 RELATED: Reasons Why you Should Participate in a runDisney Weekend

Moreover, the new designs featured throwbacks to popular styles of the 1980s and 1990s, as well as retro Disney merchandise featuring characters like Mickey Mouse, with Guests only able to purchase pieces while attending the Expo the weekend of the event. Unfortunately, the line’s exclusive status means many resellers snatch up multiples of high-demand items in order to sell them back to Disney fans unable to purchase them in person.

Despite new measures put in place by the Walt Disney Company and Disney Parks, Disney merchandising still faces complications from reselling operations and counterfeit merchandise. In fact, one such design from the retro runDisney line caused such controversy online that now multiple apparel sites are committing copyright infringement to offer it to Guests who missed out on buying it at the Parks! 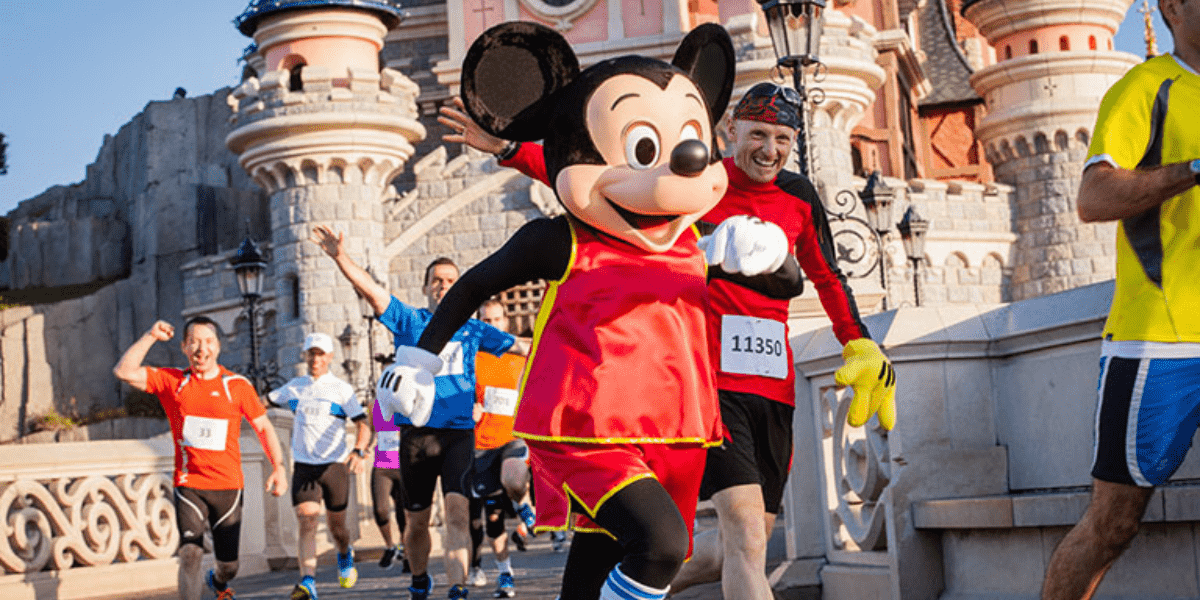 The blue t-shirt features a similar design to that of the rest of the 90s collection, including Mickey Mouse in racing gear crossing a vintage finish line. However, many fans online noticed an odd detail within the design, which quickly made the shirt the subject of fan gossip, jokes, and memes.

Specifically, as Mickey completes his run, he pulls off one sneaker to air out his bare foot, pouring a stream of water on it from his bottle. Above the sweating mouse, the 90s-style text reads: “Oh boy… MY DOGS ARE BARKIN’,” in reference to the sore feet many runDisney participants endure. Bizarrely, the worst element of the design has to be the “stink cloud” obviously rising from Mickey’s foot once freed from its running shoe prison, an uncharacteristic “body humor” element many fans did not expect to see associated with the wholesome, dapper face of the Disney brand. 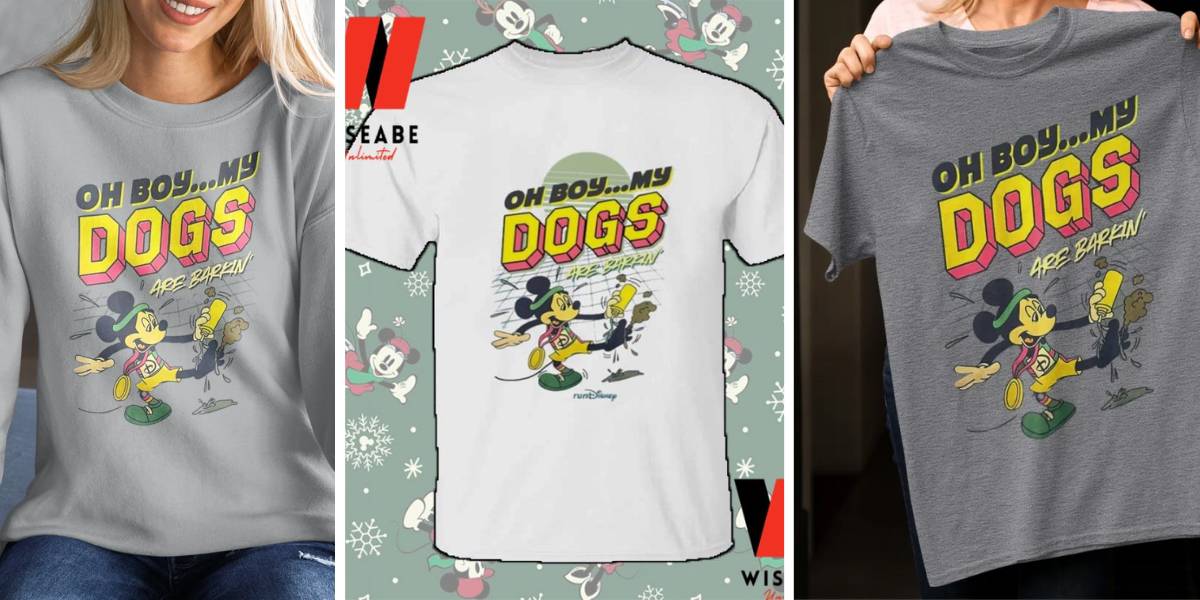 RELATED: What Will Happen Once Mickey Mouse Enters the Public Domain?

As a result, many fans became determined to purchase the shirt simply for its comedic or unexpected shock value, likely leading to many online bots trolling for this exact type of reply to steal the design and put it on clothing made by “copycat” brands. For instance, you can find unlicensed versions of the runDisney shirt in a different color, a long sleeve t-shirt, or a cotton hoodie, on up to three virtual storefronts while searching for the Disney original online.

Of course, Disney strictly prohibits the creation of copied merchandise that infringes on its copyrighted characters, designs, or other intellectual property, not to mention the quality of these pieces is often reduced. As a whole, every fan’s best bet is to buy directly from a Disney Park, Disney Springs, or wait and see if it ends up on shopDisney later on. For more information about runDisney’s 2023 Walt Disney World Marathon Weekend races, click here.