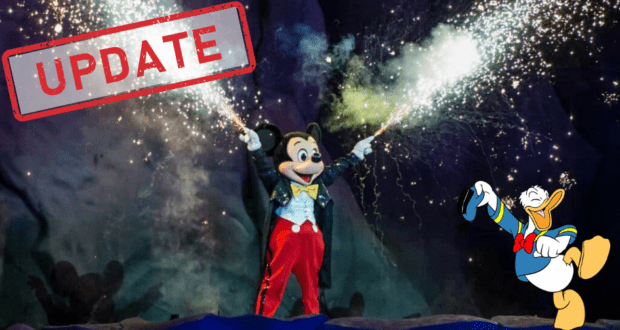 NEW Update on the Status of Fantasmic at Walt Disney World!

Fantasmic is one of the most beloved nighttime spectaculars at the Walt Disney World Resort. The show features Mickey as he fights the evil forces that invade his dream, showing the true power of Disney magic.

In the past, Fantasmic had been performed nightly at the Hollywood Hills Amphitheater, right on Sunset Boulevard at Disney’s Hollywood Studios. The show sadly has been paused since the Resort was closed at the start of the pandemic, and fans have been hoping to hear news of a reopening date soon.

Disney just shared some exciting news that has us feeling very confident that we will soon be able to see this iconic nighttime spectacular back at the Park!

Between hiring and training new Cast Members, bringing back past performers, and adding new features to the show (along with a refurbishment of the set we had previously shared through overhead footage), Fantasmic has had a lot of work to complete ahead of its reopening at Hollywood Studios.

Today’s update is a major milestone in the reopening of the performance, as rehearsals are now underway for the cast of Fantasmic! Disney broke the news on the Resort’s official TikTok account:

Last year, Disney also shared that when Fantasmic does reopen it will include stories from Disney characters who were not part of the performance in the past. Among the new features will be elements from Frozen (2013), Moana (2016), and Aladdin (1992).

Aside from the new portions of the performance, we expect many of the original show elements to return including water projection sequences, pyrotechnics, appearances by Disney villains, princesses, and a variety of other characters along with the show’s memorable finale sequence and musical soundtrack.

Since Disney still has not confirmed a reopening date, we are speculating that Fantasmic’s reopening (and perhaps additional details on those new features) will be revealed at this year’s D23 Expo. The Expo takes place September 9-11, 2022 at the Anaheim Convention Center, and we will be covering all of the exciting updates out of the event here on DisneyTips. 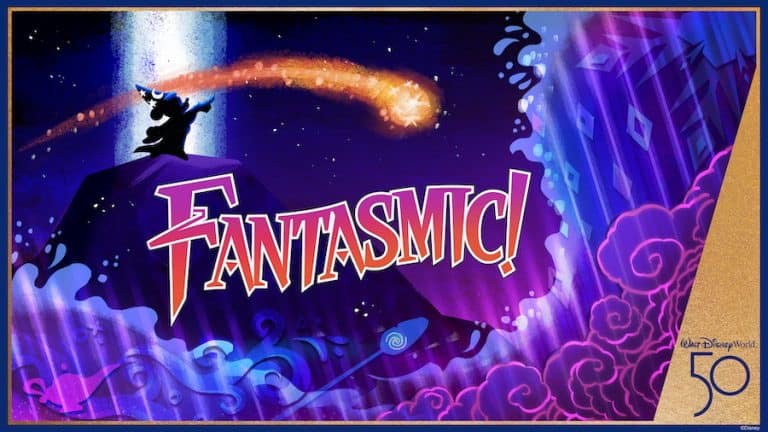 A Legendary Tale
Featuring more than 50 live performers, massive sets, stunning effects, dazzling pyrotechnics and rousing music, this larger-than-life show is painted on a grand canvas of dancing water and light like nothing you’ve ever seen. Overflowing with silly and suspenseful surprises, it will leave your entire family smiling from ear-to-ear!

A Night When Dreams Come True
Fast asleep, Mickey Mouse dreams that he is a mighty sorcerer’s apprentice with the power to control water, color and magic. The Disney Villains—including Maleficent in the form of a towering, 40-foot-tall dragon—turn Mickey’s dream into a nightmare, but don’t underestimate the power of Mickey’s imagination!

Check back here on DisneyTips for additional details on the reopening of Fantasmic as we have them. In the meantime, start getting excited because this nighttime spectacular will be returning soon!