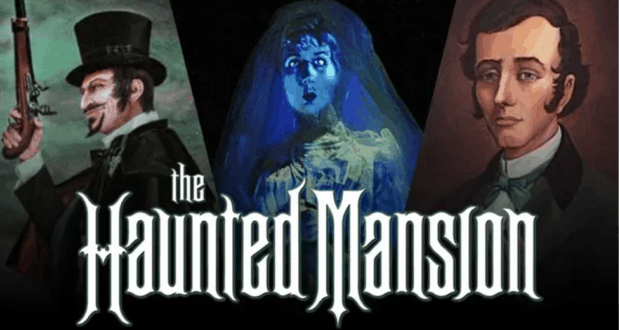 More and more information has been released about the upcoming new film Haunted Mansion.  A new report is telling us more about the ghost that will be seen on-screen.

The first of these characters is William Gracey and his wife, described as “a wealthy Creole couple in their early 30s, the Graceys are free people of color from 19th century New Orleans.” These character descriptions closely match those of Master Gracey from The Haunted Mansion lore, both in the ride and the comics. Gracey will be a non-speaking role. In addition, other non-speaking ghosts include those of The Mariner, The Butler, The Bride, and the Dueling Ghost. Like Gracey, most of these ghosts have previously existed as characters in Haunted Mansion lore.

We will also see Woman with Rose, Man in Dynamite Suit, Quicksand Man, and The Ballerina; however we haven’t heard anything about beloved characters Madame Leota or the Hatbox Ghost.  Although we hope they will be making an appearance, no information have be released.

This will be the second time this classic attraction hits the big screen.  In 2003 we saw The Haunted Mansion but it didn’t receive great reviews.  We are hoping this new film does better at bring the attraction to the big screen.