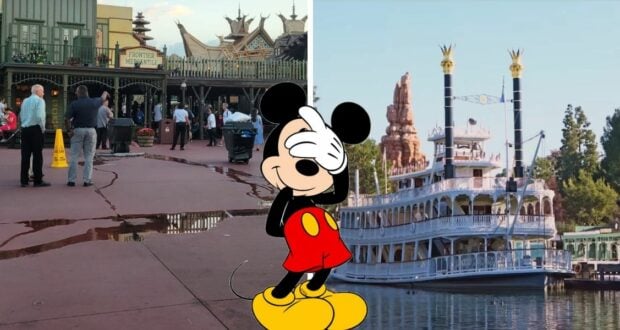 It’s not every day you get to see Liberty Square’s “river of poop” come to life.

Disney Parks have been seeing multiple breakdowns and evacuations lately on some of Guests’ most popular attractions, including Splash Mountain, Kilimanjaro Safaris, and Spaceship Earth.

But at Walt Disney World yesterday, April 4, Guests got a different kind of Disney fail when one of Magic Kingdom’s most beloved areas was closed due to an unfortunate “explosion” of sorts. 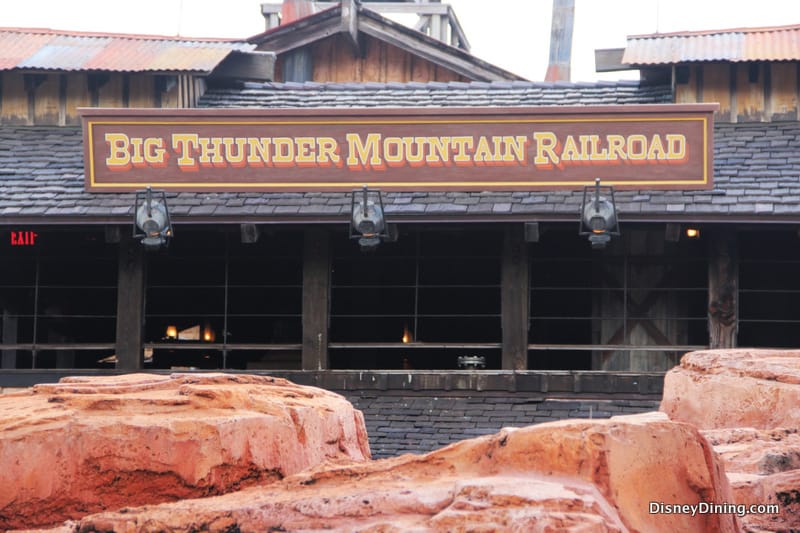 All of Magic Kingdom, EPCOT, Disney’s Hollywood Studios, and Disney’s Animal Kingdom theme parks are equipped with amazing operational capacities and backstage magic, with each Disney Park designed to handle the millions of Guests that pass through each year.

When Guests think of Walt Disney World bathrooms, they often think of well-themed, well-cleaned, and well-located toilets, with the Lake Buena Vista Resort having over 100 restrooms in the theme parks alone.

Disney’s Imagineers created a permanent sewage issue in Liberty Square at Magic Kingdom, the area themed after colonial America. The area features the famous Haunted Mansion attraction, the audio-animatronic show Hall of Presidents, and the Liberty Belle Riverboat steam paddleboat on the Rivers of America.  The streets of Liberty Square feature a river of poop, a brown pavement strip running through the middle to represent the lack of plumbing featured during this era.

But in Magic Kingdom’s Frontierland this week, Cast Members tried to deal with a real “river of poop” on the pavement, leading to the area being closed for hours. 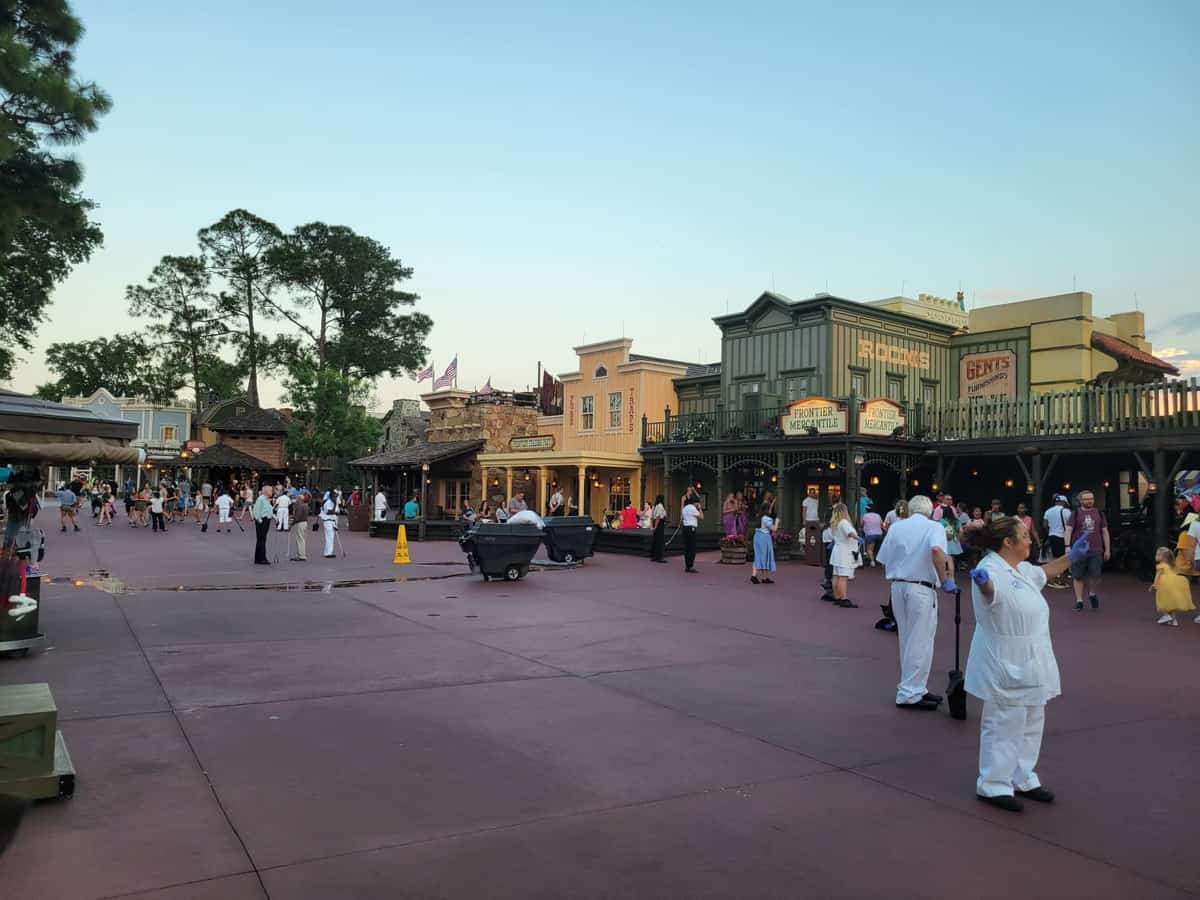 At around 7 p.m., Guests were being diverted around Frontierland to the wooden walkways skirting Tom Sawyer’s island, bypassing the wide area opposite Frontier Mercantile, Frontier Trading Post, and Country Bear Jamboree.

Custodial Cast Members were trying to divert Guests’ gazes away from an unsightly drainage disaster, with an apparent sewage leak permeating the Magic Kingdom ambiance.

Cast Members described this first mishap as a drainage “explosion”, with one commenting that they’d never seen anything like it before.

We walked past the unfortunate scene again at 10 p.m. after Disney Enchantment and were met with not one, but now two plumbing issues. 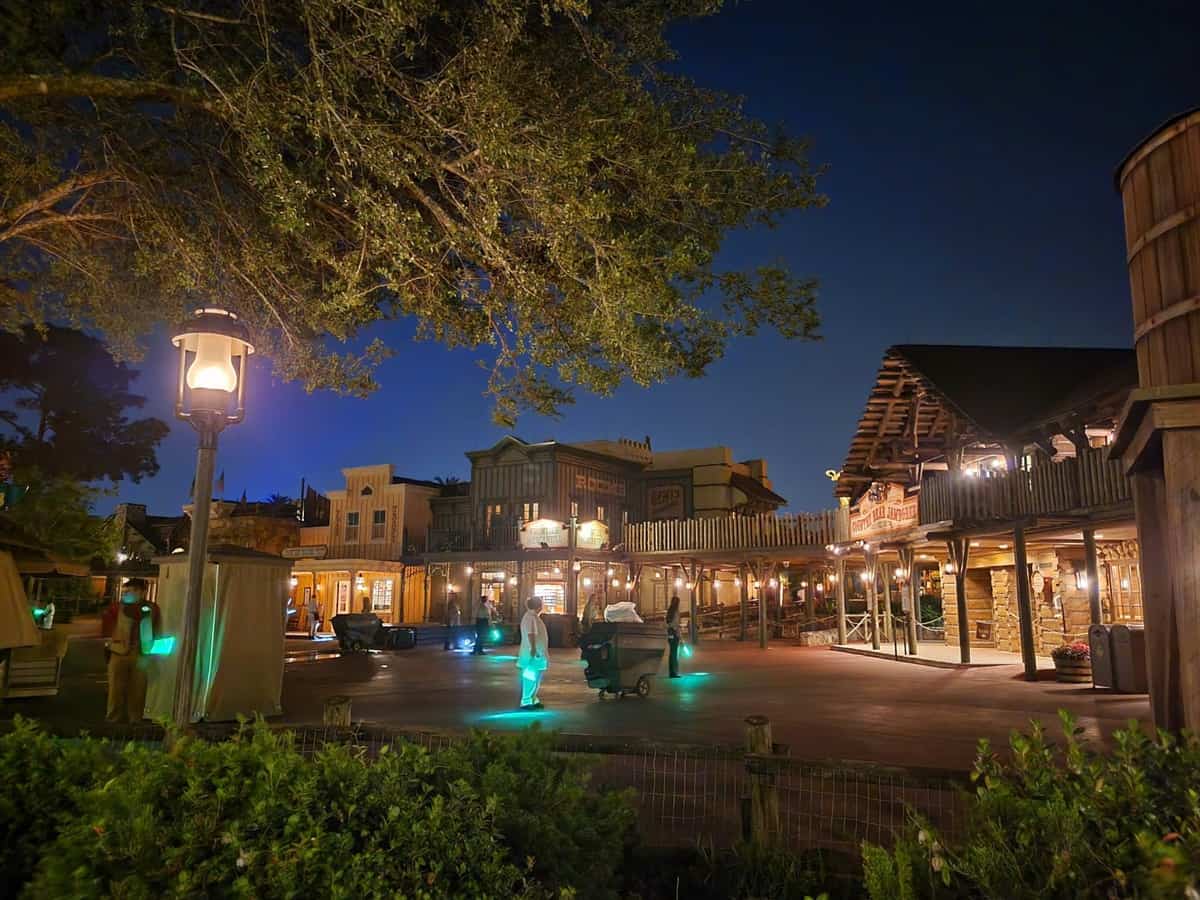 The original drainage “explosion” still remained unsolved, but now, Magic Kingdom Park Cast Members were also dealing with a water pipe leak causing a small flood around one of the snack carts.

Cast Members said both issues had been ongoing for hours and that no sign of resolution was in sight. Until then, Guests were being diverted onto the stores’ porches or around the wooden walkway.

We know we’d never seen anything like this on a Disney vacation before, and assume it was a big problem if Cast Members couldn’t resolve the issue quickly. It is still unknown what caused the sewage overflow or how Cast Members fixed the issue, but we know Cast Members were doing all they could to keep the Disney Park magic alive.

2022-04-05
Melissa Cannioto
Previous: The Fantasmic! Update We Did NOT Want to See
Next: Disney+ Subscribers Now Get Huge Disney World Discount!