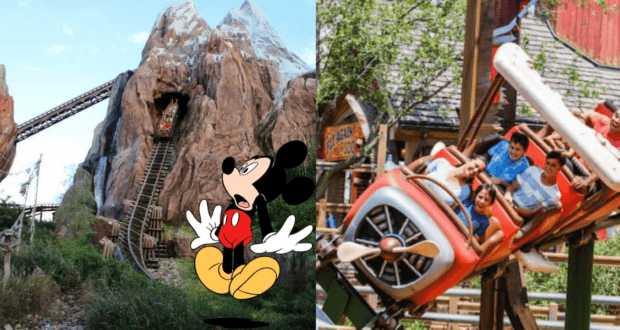 Learn The Backstories Behind Every Walt Disney World Roller Coaster

Roller coasters might just be the most popular amusement park attraction in the entire world. Dating back to the days of the first parks in New York’s Coney Island, roller coasters have always been high-speed, high-thrill attractions that serve as preeminent draws to hard-working people just looking to let their hair down and have a good time.

Traditionally, though, roller coasters aren’t exactly known for their storylines. Though “runaway train cars” have often provided a loose theme for some coasters, in general, the story is simply the thing itself – a piece of technology designed to create a thrill.

In the early days of the 20th century, amusement parks were mostly located in urban areas and put technology to work creating fun experiences in contrast to the way that most city-dwellers encountered electrical innovations – at their jobs. Thus, the roller coaster’s storyline was one that was internal to the riders, a way of finding amusement and escape amidst a mechanical revolution that was so rapidly changing the world around them. 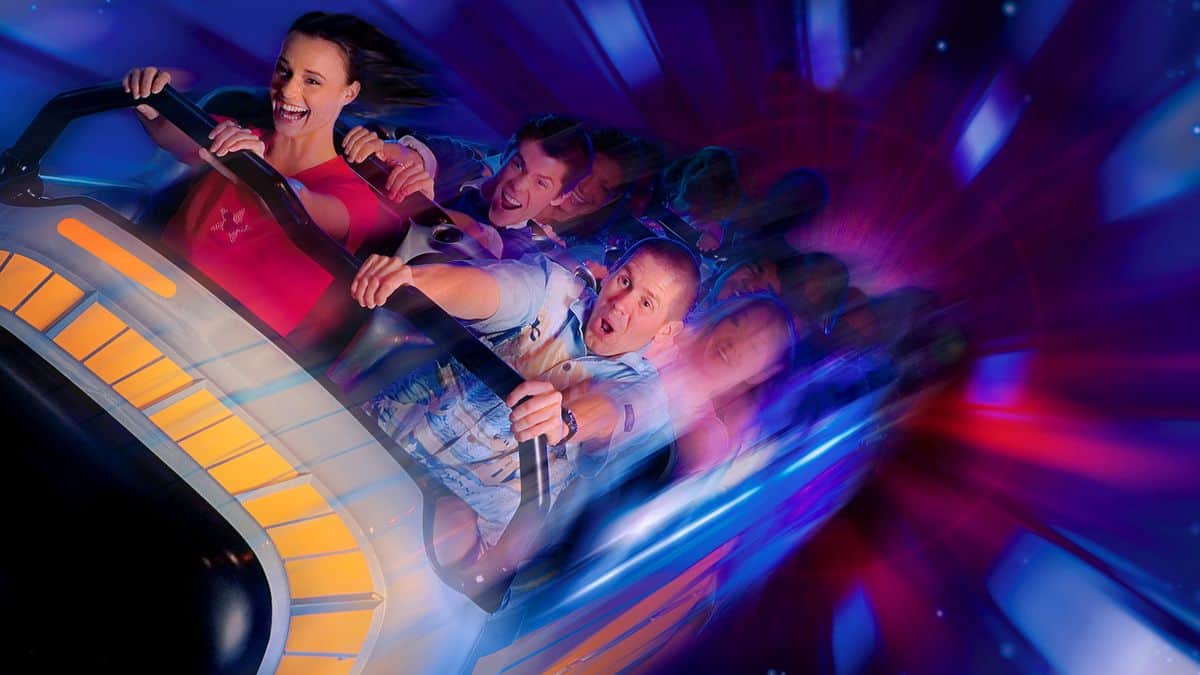 At Disney Parks, however, this just isn’t enough of a story. No ride or attraction at a Disney Park (with the possible exception of the carousel) is the thing itself; rather, it’s a mechanical stage on which to present a story. This is true of roller coasters as much as any other kind of attraction.

But because they’re so fast-paced, roller coasters have much more difficulty getting across their storylines than dark rides or other attractions do. This means many Guests may focus on the physical thrill and miss out on the rich stories behind their favorite Disney coasters.

To help you get even more out of your favorite thrill ride on your next visit, here (in alphabetical order) are the storylines behind every roller coaster at the Walt Disney World Resort!

[Note: This list just includes the current, official roller coasters, so other thrill rides like Splash Mountain, Test Track, or the Twilight Zone Tower of Terror aren’t included, nor are roller coasters removed like Primeval Whirl.]

The smallest coaster at Walt Disney World, The Barnstormer, is a “junior coaster” meant for children too young or small to enjoy the bigger coasters. As such, its storyline is simple and direct – Guests have boarded a plane at an open-air barn where Goofy (performing as “The Great Goofini”) is putting on a stunt show.

With Goofy as the pilot, it’s no wonder our stunt show experience features so many swoops, dives, and near-misses!

For what is in many ways the most family- and child-centered of the four Parks at Walt Disney World, the Magic Kingdom is by far the “coaster capital” of the resort. The most traditional of these coasters, in many ways, is Big Thunder Mountain Railroad, the “wildest ride in the wilderness.” 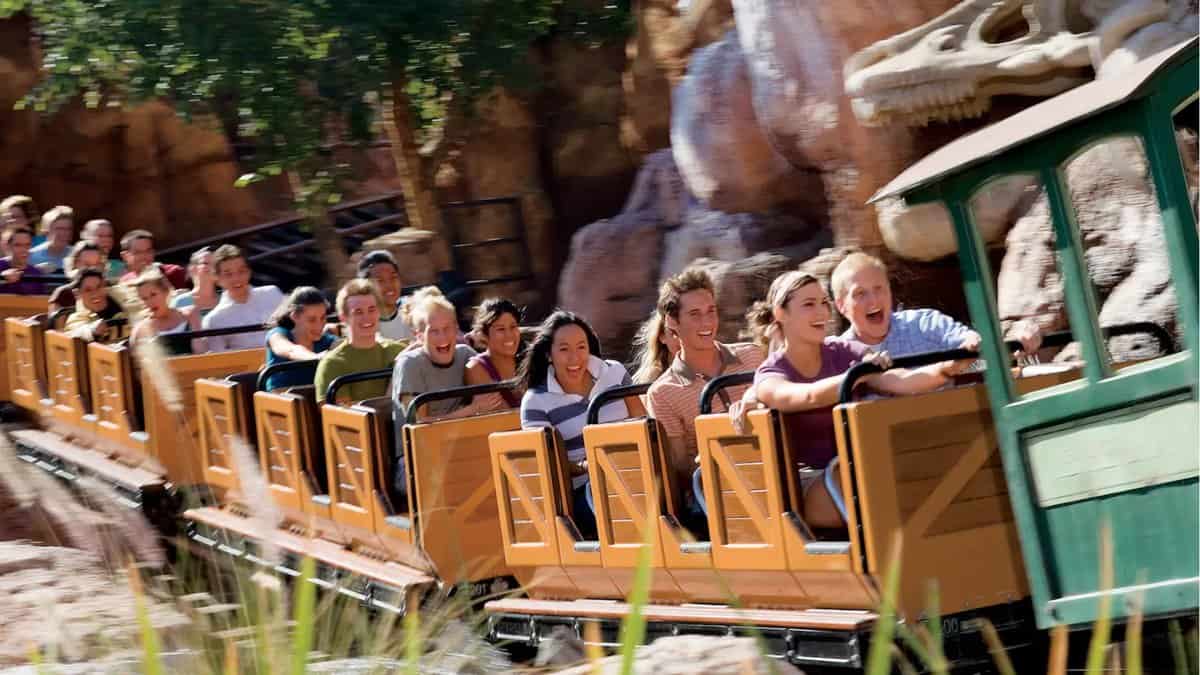 Perhaps the best “runaway train” ride of all time, Big Thunder Mountain Railroad tells the story of a mining train that has fallen victim to a curse, as noted by the Disney World website’s official description of the attraction:

Legend has it that soon after gold was first discovered here in the 1850s, eerie things began to happen. Trains would take off and race through tunnels-by themselves.

After you arrive at the legendary Big Thunder Mining Company, descend into an abandoned mine shaft and board your train. As you enter the cursed cavern, the engine speeds up along the rickety track. Dodge exploding dynamite and falling boulders as you swoop around turns, drop into canyons and dart through the mysterious ghost town of Tumbleweed.

Your rip-roaring adventure proves that some legends are true. You’re sure to have a real blast!

Proving that you can’t hold back a good idea, the basic concept of Animal Kingdom’s Expedition Everest – Legend of the Forbidden Mountain is the same as that of Big Thunder Mountain: a runaway train careens through mountains due to a mystical curse.

The difference is that Expedition Everest’s curse is embodied in the form of the Yeti, a beast that Guests encounter several times during the ride. What’s more, the story fits within the general Animal Kingdom theme of conservation and environmentalism, as Guests are seen to be intruding upon the Yeti’s territory by bringing technology and waste into the natural environment, a transgression for which they pay the price:

Wander into a Tibetan village at the base of Mount Everest and board a train to the “top of the world.” Beware: Some say a legendary snow monster lives deep in the mountain.

Race to escape the cursed mountain-before the Yeti claims another expedition.

Because of this, we won’t give the backstory here, so we don’t spoil it for those who haven’t had a chance to ride it!

Guests have entered a recording studio at G-Force Records to watch Aerosmith lay down a new track (of the musical, not roller coaster, kind), but unfortunately, it turns out the band is running late for a concert. Magnanimously, lead singer Steven Tyler offers everyone backstage passes and a ride to the show in a “super stretch” limo.

The roller coaster itself is meant to be that limo ride, winding crazily in and out of various iconic Los Angeles locations, including the Hollywood sign and the famous Whisky a Go Go club. Guests then exit at the “backstage VIP” area – walking down a red carpet, of course! 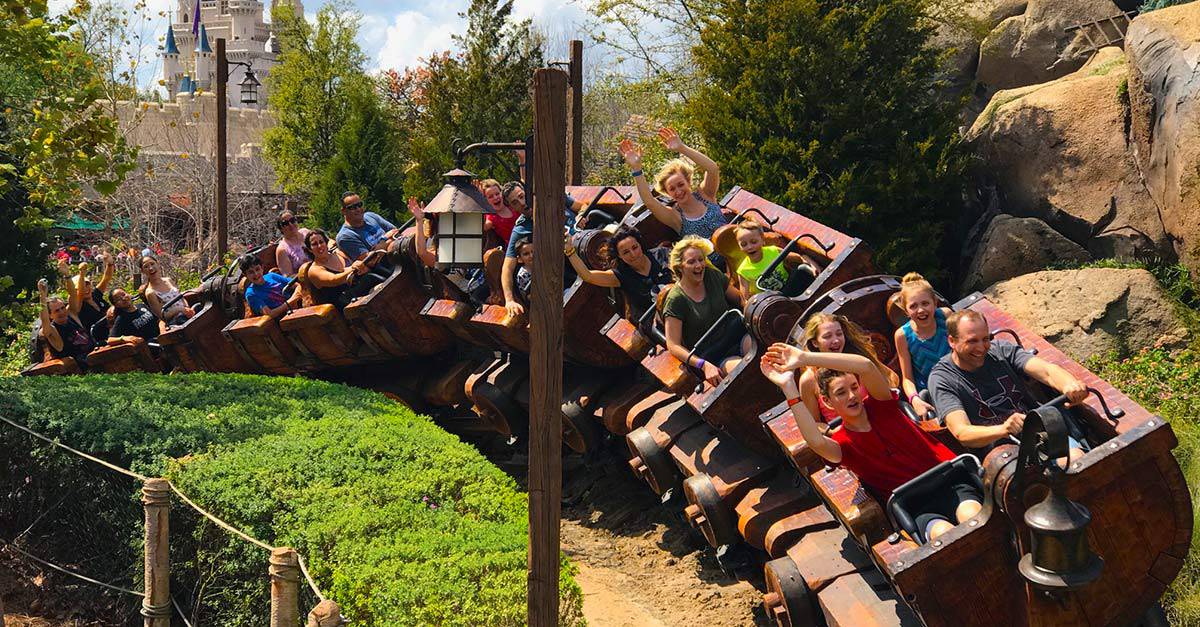 RELATED: The Secret in the Seven Dwarfs Mine Train Line

In many ways resembling Big Thunder or Expedition Everest – in that the ride vehicle is a train traversing rickety, winding tracks – on Seven Dwarfs Mine Train guests are never meant to believe that something has gone wrong. Rather, the experience seems to generally mimic the daily life of the titular Dwarfs as they travel to the mine, put in a day’s work, and then head home to dance with Snow White.

Like Seven Dwarfs Mine Train, Hollywood Studios’ Slinky Dog Dash also lacks an extensive backstory. Toy Story‘s Slinky Dog has simply decided to take Guests along on a ride through Andy’s Mega Coaster Play Kit . . . and along the way, they may just be able to sneak a peek at Andy’s Star Wars toys just slightly beyond Toy Story Land! 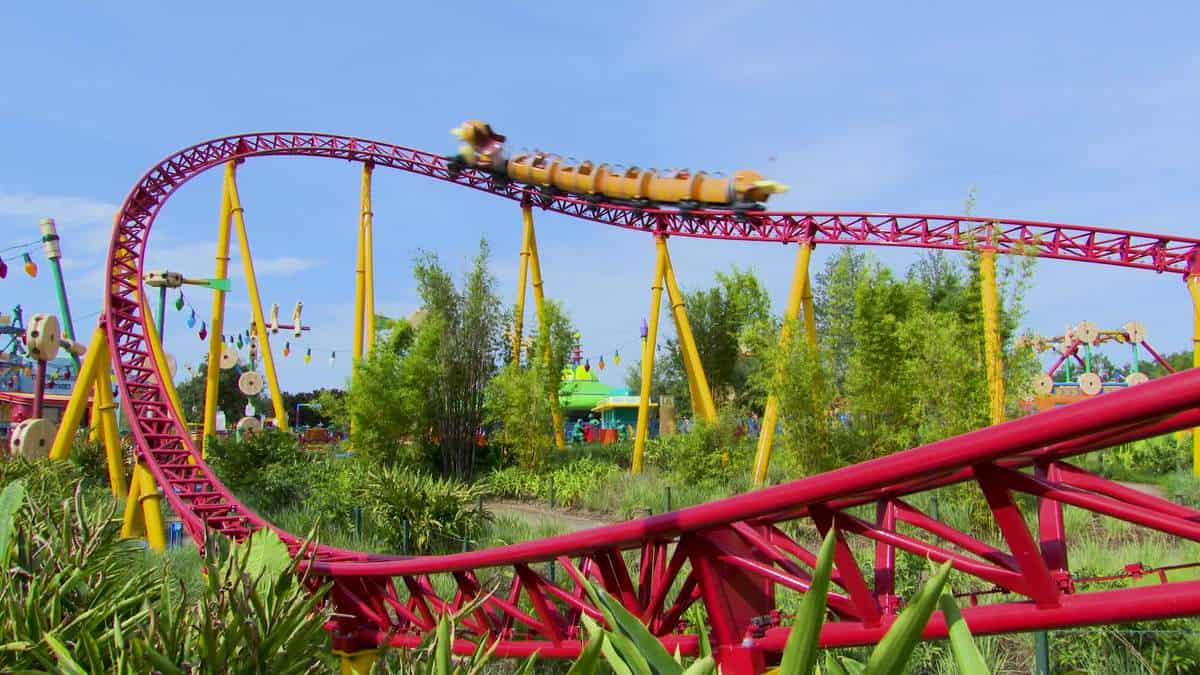 Perhaps Walt Disney World‘s most famous coaster, Magic Kingdom‘s Space Mountain, has its simplest story – Guests are taken on a trip through outer space. That’s it. All the swooping and diving and soaring is simply a recreation of the experience of flying through space, encountering asteroids, moons, planets and other galactic bodies along the way. Experiential immersion is the name of the game here, rather than storytelling (so much so that we bet you can’t even explain what a “space mountain” actually is!).

Though, of course, this doesn’t make it any less fun, or the lines any shorter!

Based on Disney’s cult classic 1982 film TRON (which featured new breakthroughs in CGI technology) and the 2010 prequel TRON: Legacy, this coaster will take Guests for a ride on one of the film’s most iconic vehicles – the high-speed lightcycles. According to Walt Disney World’s website, on this ride Guests can expect to:

Lean forward into the ultimate race of survival! Leave the real world behind and join Team Blue in an epic quest across the Grid-the dark, computerized world with no horizons from TRON. Here, there’s no limit to the excitement.

Climb aboard your very own Lightcycle and take off on a high-speed adventure, racing against the Grid’s most menacing Programs. Surge past your fierce opponents as you attempt to cross through 8 Energy Gates and secure your team’s victory-so you can survive to race another day. 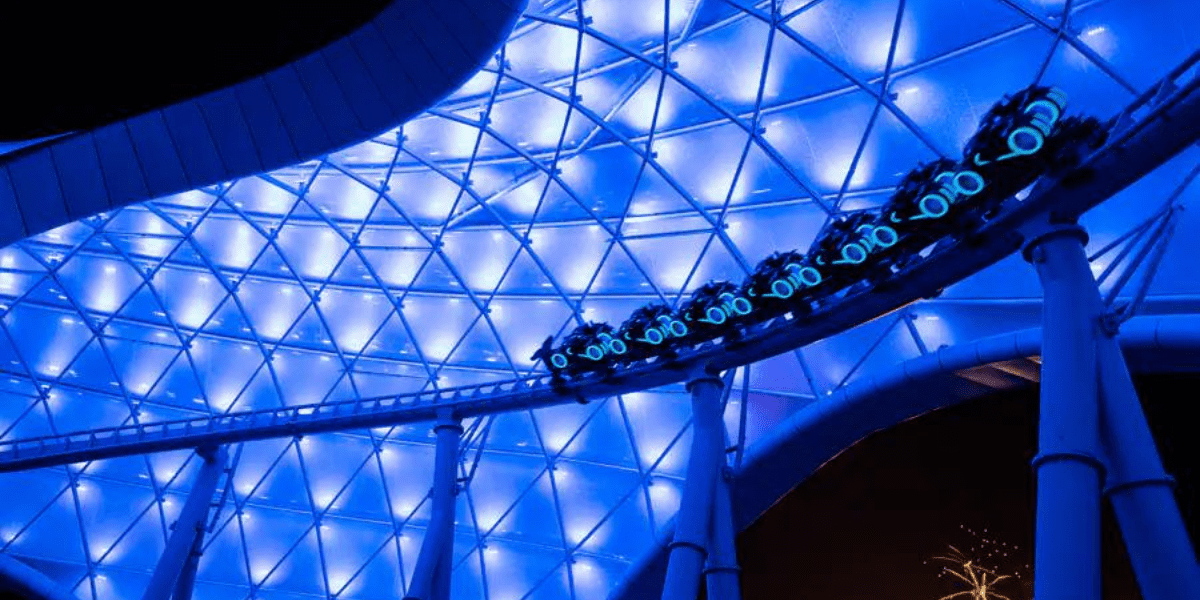 Whether or not this storyline will be made explicit to Guests either through a preshow or on the coaster itself remains to be seen, but if the rest of the Walt Disney World roller coasters serve as an indicator, we’re likely to have a thrilling time regardless!