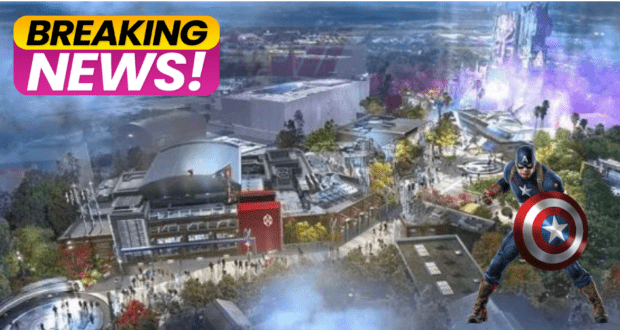 This year’s D23 Expo has been jam-packed with all kinds of exciting news from Disney Parks, movies, games, and more.

During today’s Parks panel, the attention has shifted to the Disneyland Resort, and specifically to Avengers Campus. This popular theme park land at Disney California Adventure has been a hit with fans of the Marvel Cinematic Universe since it replaced A Bugs Land, offering favorite attractions like WEB-SLINGERS: A Spider-Man Adventure and Guardians of the Galaxy: Mission BREAKOUT! On the first day of the 2022 D23 Expo, Disney CEO Bob Chapek briefly mentioned that a brand new attraction would be coming soon to Avengers Campus, and we have (impatiently) been waiting for the details all weekend.

The details of the newest attraction planned for Disney’s immersive super-hero-themed land just dropped, and we’ve got everything you need to know about what’s in the works at Avengers Campus.

Josh D’Amaro and Kevin Feige were just joined on stage by Mark Ruffalo who plays Hulk (2003) via cameo. The actor helped announce that the green superhero giant will be coming to Avengers Campus for a new meet-and-greet at Disneyland next week.

But, even more exciting, D’Amaro and Feige followed this announcement by telling fans how the multiverse will be coming to Avengers Campus’s new, upcoming attraction. Guests will be able to help the Avengers battle all the villains along with a brand new villain, King Thanos!

In addition to upcoming projects and the existing attractions at Avengers Campus, this land is a must-see for its character meet and greets with the likes of Captain America, Spider-Man, and Loki, just to name a few, along with some of Disney’s most unique quick-service dining at Pym Test Kitchen.

Get ready to enter the Multiverse during your next trip to Avengers Campus, and as always, check back here on DisneyTips for all of the latest updates from the Disneyland Resort and the Walt Disney World Resort.